Home Educational program Growth and increase in the number of jobs: the state of the economy under Trump in numbers

Growth and increase in the number of jobs: the state of the economy under Trump in numbers

A strong US economy will be one of the main arguments for the speech of US President Donald Trump in his third address to Congress on February 4. Writes about it Fox News. 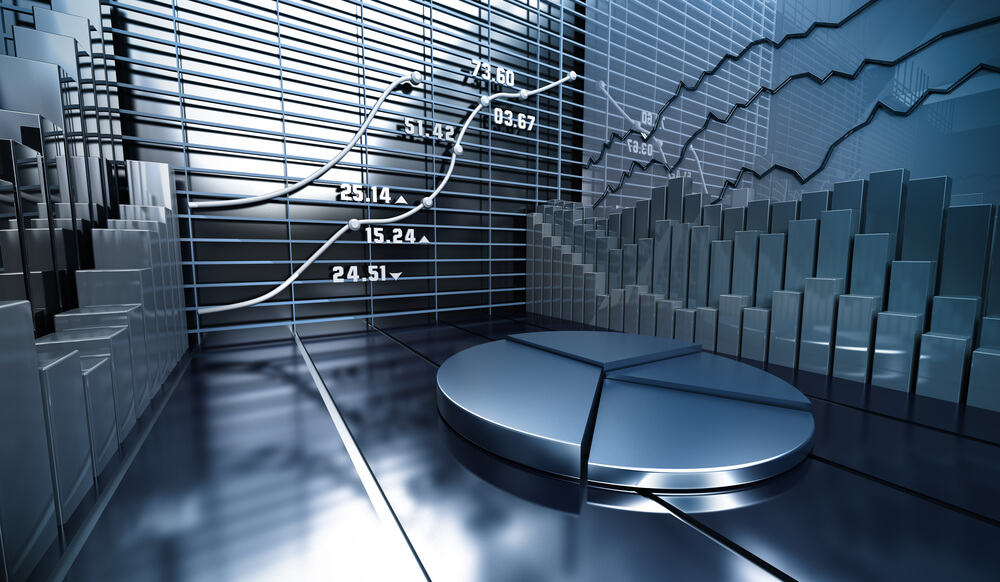 According to presidential adviser Kellianne Conway, Trump will deliver a “optimistic, inspiring, visionary” message on the situation in the country.

Nine months before the election, the economy continues to grow stably, although modestly. The unemployment rate reached a minimum in 50 years. Average wages are growing faster than when Trump took office three years ago, with lower interest earned now on the highest interest income.

“I am proud to announce that the United States is experiencing an economic boom like the world has never seen before,” Trump said in Davos, Switzerland. "America is thriving like never before."

Improving productivity is one of the two main dimensions of growth; the second is the increase in the number of workers in the United States. Both have slowed down in the past decade.

In 2019, economic growth was 2,3%, which corresponds to the average rate after the end of the Great Recession ten years ago in the first year of the eight-year presidency of Barack Obama.

During the 2016 campaign, Trump boasted that his tax cut plan would boost annual growth to 4% a year - a pace not seen since the late 1990s.

Most analysts believe Trump's tax plan helped accelerate growth, but not in the way he promised.

“The Trump tax cut was high, which temporarily affected the economy,” said Ryan Sweet, an economist at Moody's Analytics.

On the subject: 15 cities of the USA where economy and incomes are steadily growing

This put more money in the pockets of Americans, increasing consumer spending.

However, the administration vowed that tax cuts would do more than just encourage Americans to buy more.

Trade conflicts have made American companies much less confident in economic prospects and they do not want to expand and invest. Business investment declined in the last three quarters of 2019.

In addition, tax cuts and business deregulation have not made the economy more dynamic. New company growth remained small after the 2008 recession.

Large enterprises continue to dominate many industries, from technology to retail and finance.

All this happens despite significant incentives. Trump attacked Fed chairman Jerome Powell for not lowering rates anymore, although the Fed's base rate is currently in the range of 1,5% to 1,75%, a historically very low level that is considered challenging.

The increase in federal spending also helped support the economy.

Congressional Budget Office predicted a government deficit of more than $ 1 trillion per year over the next decade.

Trump recently highlighted what he calls the “blue-collar boom,” pointing to steady wage increases for low-wage workers and healthy hiring in construction and manufacturing. But jobs in manufacturing almost did not grow in 2019, as factories remained at their peak in the midst of trade wars. After Trump’s inauguration, manufacturing jobs grew more slowly than employment in general.

Ernie Goss, an economics professor at Creiton University in Nebraska, said that since Trump came to power, employment growth in the Midwest has been only about three-quarters of the national level.

According to him, farmers also suffered from a trade war, as China’s reciprocal tariffs led to a reduction in exports of soy and other goods. This, in turn, caused damage to agricultural equipment manufacturers, including Deere and Caterpillar.

On the subject: 4 Trump Administration Decisions That Boost US Economy

Moreover, most Midwestern states, such as Michigan, Pennsylvania, Ohio, and Wisconsin, have lost jobs.

According to Dean Baker, a senior economist at the liberal Center for Economic and Political Studies, industrial growth led by Trump took place in the southern and western states.

Since there are fewer union members in these states, these jobs usually pay less.

However, more and more people found work, contrary to the forecasts of most economists. The proportion of Americans in their best working years - ages 25 to 54 - who work is now higher than it was before the Great Recession.

In 2019, wages rose by almost 5% for the poorest quarter of Americans, which is much more than for the richest quarter, whose salaries grew by only 3%, according to the Federal Reserve Bank of Atlanta.

However, wealthier Americans own a much larger share of national wealth, with the first 10% owning almost 85% of the value of all shares.

Moderate growth rates mean that so far the economy has not shown clear signs of excessive kinship with the housing bubble, which led to the 2008 financial crisis.

15 countries with the lowest taxes

Broker tips: how to pay less on an already taken loan