Maria Motuznaya, a resident of Barnaul, became a defendant in criminal cases about extremism and insulting the feelings of believers after she kept several pictures with memes on the page on VKontakte. This 23-year-old Russian woman told in her Twitter account, attaching a photo of the relevant court order. 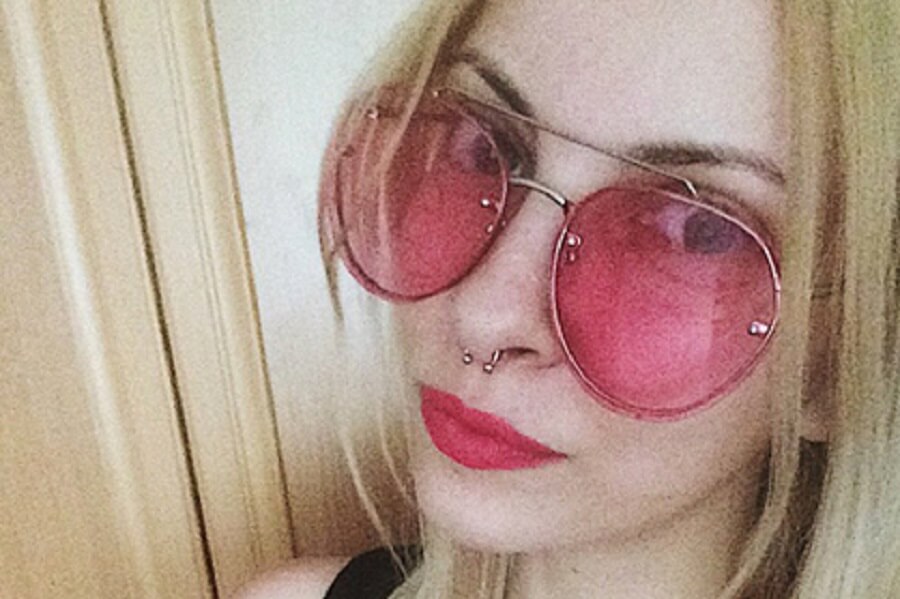 As the edition writes “Lenta.ru report“, Early in the morning of May 8, an investigator, three operational representatives and two attesting witnesses entered her apartment with a search warrant, which contained information about her page on the social network and a wording about calls for humiliation of the Negroid race. Motuznaya's phone and computer were confiscated, the girl herself was taken for interrogation to the regional division of the Ministry of Internal Affairs of Russia on countering extremism, where she was shown an album with saved pictures.

“They began to tell me that, while preserving the pictures, I insulted people, that I should confess. I only laughed the first few minutes of 15, ”she said. She was told that in a similar case another girl received three years of restriction of freedom, reported the maximum term of punishment (five years) and recommended signing a confession about insulting the feelings of believers. The interrogation was continued by an 26-year-old investigator in the presence of a lawyer by appointment, who openly expressed her dislike, according to the girl.

Motuznaya signed a confession and a written undertaking not to leave the place, the saved pictures with memes were sent for examination, after which the girl learned that two criminal cases had been opened against her. Her accounts and cards were blocked "in connection with the sponsorship of terrorism."

The girl added that the court hearing is scheduled for August 6. “Before me, the agenda was taken for robbery. And I. For the pictures. I still do not believe, for the life of me, ”she wrote.

Victims in the case no one is listed. 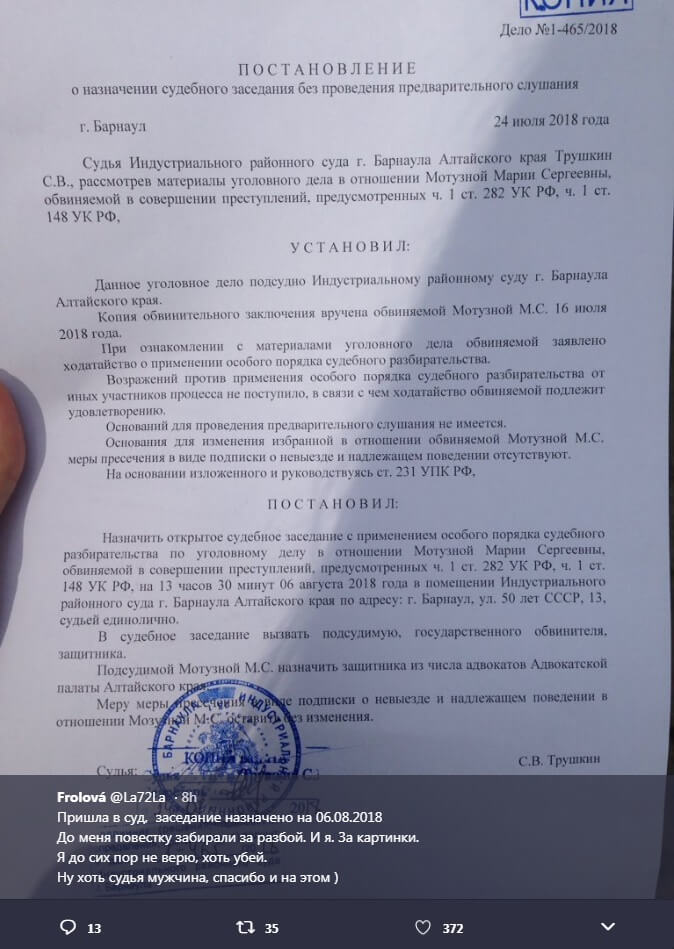 Maria also wrote that, before the trial, she had already been put on the list of extremists. 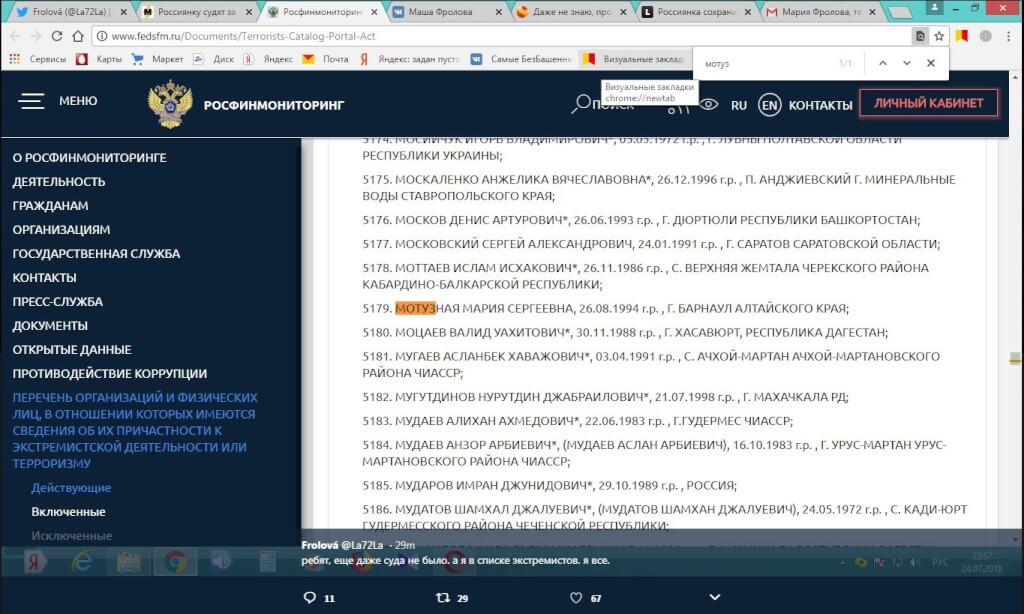 Earlier, Russian Presidential spokesman Dmitry Peskov said that the head of state considered inappropriate a formalist approach to punishing reposts of extremist information. "Of course, you need to protect citizens from any cases that are not even funny, but very resonant," - said Sands.

25 June in the State Duma a package of bills was introduced, excluding criminal liability for reposts on the Internet.

Maria is not the only one who got the case for the pictures on the social network. Previously Investigative Committee aroused a criminal case on extremism against a doctor from the town of Sovetskaya Gavan of the Khabarovsk Territory for putting a “class” (like) picture in Odnoklassniki. The doctor was detained and placed in custody before the court for two days. The state prosecution petitioned for the arrest, but the court left the suspect free. According to the law, a doctor faces up to five years in prison.