In the year that has passed since the staff reduction in the US embassy in Moscow, about a third of Russians who received American visas did this outside of the Russian Federation. In 2018, the number of visas issued to Russians abroad increased almost five times. 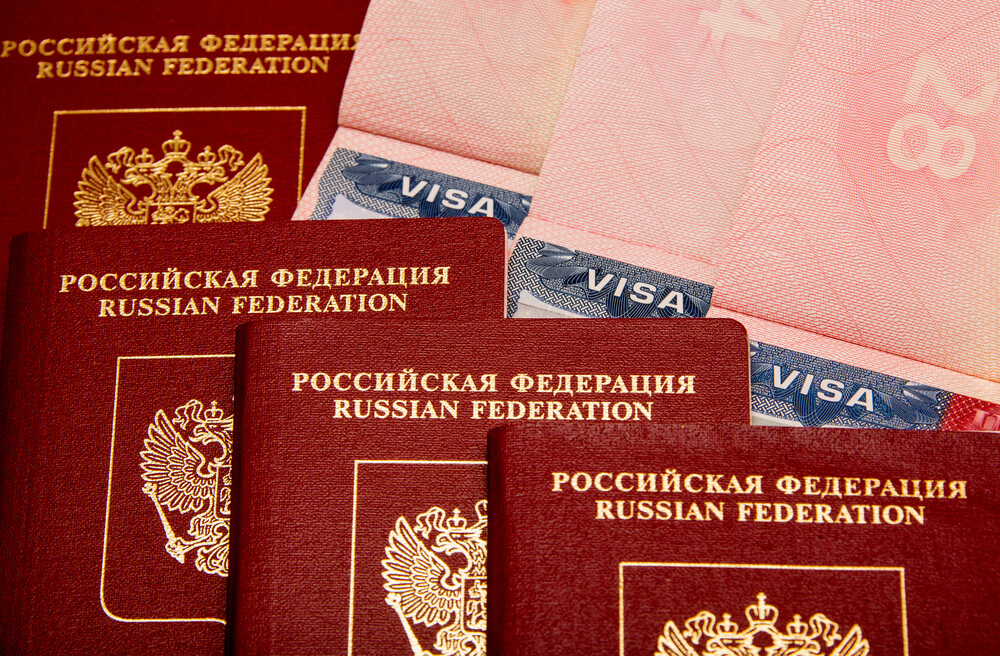 How many Russians got American visas?

Over the past 12 months (from September 2017 of the year to August 2018 of the year), Russians received 136,1 thousand nonimmigrant (tourist, educational, business, etc.) US visas, writes RBC. In addition, 89,8 thousand visas were issued at consulates in Moscow, St. Petersburg, Yekaterinburg and Vladivostok. Thus, at least 46,1 thousand, or about 34% of visas issued to Russians, were issued by US diplomatic agencies outside Russia, calculated RBC based on open data from the US Department of State.

The number of visas issued has decreased, as has been repeatedly explained in the US Embassy in Moscow, due to the reduction of the staff of the diplomatic mission by almost 60%. In July, 2017, Russian President Vladimir Putin stated that in response to American sanctions against Moscow, the number of staff at the American embassy should be equal to the number of Russian diplomatic missions in the US (up to 455 people), after which 755 employees of the US embassy and consulates ceased their work in Russia . In March, the US Consulate General in St. Petersburg was closed. Moscow took this step in response to Washington sanctions on the case "Skripale"after 60 diplomats were forced to leave the Russian embassy in the United States.

All of this led to a significant reduction in the number of organized tours in the US: they have decreased by about 80%, as tour operators cannot guarantee potential tourists a date for a visa interview at the embassy, ​​Mayor Lomidze, executive director of the Association of Tour Operators of Russia, told RBC. According to the State Department statistics, in the summer of 2017, Russians were issued 43 thousand tourist and business visas, in the summer of this year 28,7 thousand.

In which countries do Russians now get visas?

Against the background of the complication of the procedure for obtaining a visa in Russia, Russians began to look for opportunities in other countries, Lomidze said, but talking about the emergence of visa tourism is not necessary, usually these are short trips for an interview.

Since last September, the number of Russians who receive a US visa not in Russia has begun to approach the 5 mark of thousands of people per month, and their share has not dropped below 27%, according to statistics. In the spring and summer of 2018, the number of US visas issued to Russians abroad increased at an annualized rate of almost five times. If in March-August 2017 of US non-immigrant visas at consulates outside Russia received 5527 Russians, in March-August 2018 of the year was already 27 651.

Among the countries to which Russians went to get visas are Latvia, Estonia and Georgia, it follows from the data of the Association of Tour Operators of Russia. For example, the US consulate in Riga in March-August 2018 of the year issued more 51% (total 3,2 thousand) more nonimmigrant visas than in the same period in 2017 year, in Tallinn - on 32% (1,5 thousand), in Tbilisi - by 27% (3,6 thousand). At the same time, the growth in issuing visas to citizens of these countries ranged from 1,5 to 5,2%.

In Moscow now waiting period between filing an electronic questionnaire and the date of the visa interview is 300 days for a guest visa, in Vladivostok - 60 days, in Yekaterinburg - 300 days. In Riga, the waiting period is one day, in Tallinn - three days, in Yerevan - four, in Tbilisi - 36 days.

“Of course, the increase in the waiting time for a visa does not encourage you to travel to the USA and do business. Often, those who need to urgently issue a visa, we recommend to go abroad and arrange visas there. We also have an agreement with the embassy that members of the chamber and our partners have a certain priority when they sign up for an interview, ”Alexis Rodzyanko, president of the American Chamber of Commerce in Russia, commented on the visa issue to the American Chamber of Commerce in Russia. He recalled that the situation with the issuance of visas deteriorated in three phases: in March 2017, US President Donald Trump ordered to strengthen the checks of applicants for a US visa around the world, which increased the issuance period to two months; then followed by a reduction in the number of employees of the American diplomatic mission by almost 60%, which increased the period of stay in the queue to six months; and after the mutual expulsion of diplomats from the United States and Russia in March of this year, the waiting time increased to a year.

In the 2017 fiscal year (from September 2016 of the year to September 2017), 3689 immigration visas were issued (issued to those interested in obtaining the status of permanent resident of the USA) to Russians or people born in Russia.

During the 11 months of the 2018 fiscal year (30 ends September 2018), judging by the monthly operational data of the State Department, Russians received 3662 immigration visas.

Read more about the process of obtaining a visa can be found in the material. Instruction: how and where to get a US visa.

How long do they get an American visa in Russia?

Which countries can now travel with a Ukrainian passport