Home At home Russia defaulted on foreign debt for the first time in 100 years: Kremlin denies it

Russia has defaulted on its foreign-currency sovereign debt for the first time since 1918, the culmination of Western economic sanctions that have made it impossible for the country to make payments to foreign creditors. Axios. 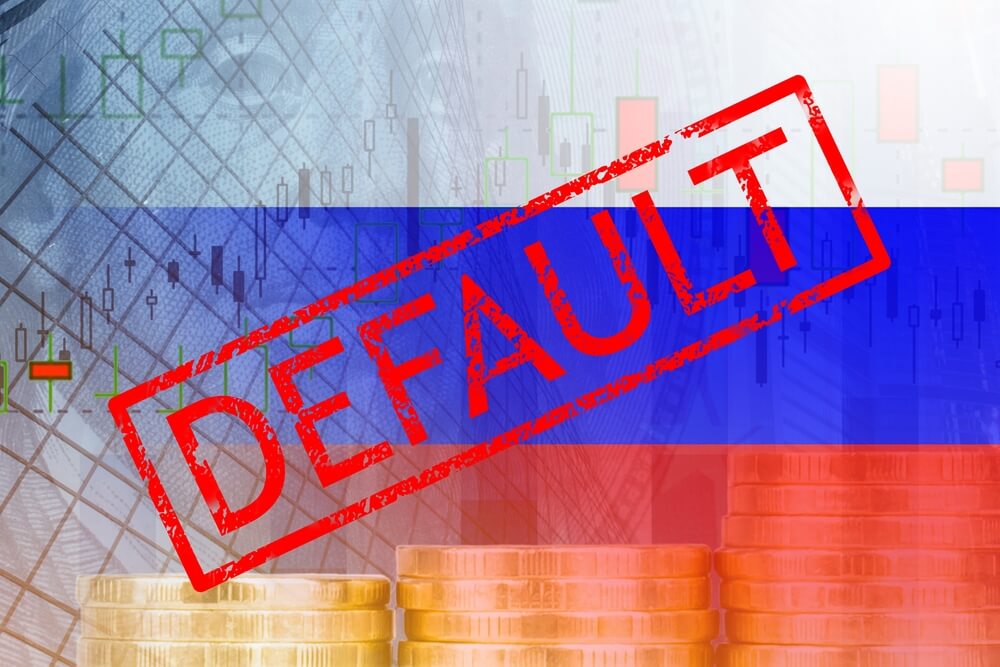 On June 27, a 30-day grace period expired, during which the Russian Federation had to resolve the issue of paying coupon payments on the Russia-2026 and Russia-2036 issues.

On May 20, a week before the expected date of payment, the Russian Ministry of Finance transferred funds to the paying agent for these issues - NSD - and announced that it had fulfilled its obligations to service debt securities in accordance with the issue documentation. NSD reported that payments received by the depository on Eurobonds were transferred to depositors. Bloomberg previously wrote that funds from NSD were received by Euroclear, but the payments were “stuck” there due to compliance checks and did not reach the holders.

On the subject: The Senate supported a resolution recognizing Russia as a state sponsor of terrorism

According to Bloomberg, foreign investors never received these payments. Biz.nv.

This is a predictable result of the sanctions imposed in connection with the invasion of Ukraine, even as Russia successfully pushed back the inevitable for several months.

According to Bloomberg, this is a grim sign of the country rapidly turning into an economic, financial and political pariah, as the central bank's foreign exchange reserves are frozen and the largest banks are cut off from the global financial system.

It is noted that given the damage already done to the economy and markets of the Russian Federation, the default so far is mostly symbolic and means little for Russians experiencing inflation and the worst economic downturn in recent years.
Defaulting countries are usually unable to borrow any more, but Russia is already effectively barred from doing so by sanctions.

Russia has not defaulted on international debt since the Bolshevik Revolution, although it defaulted on domestic debt during the 1998 financial crash.

During the Russian financial crisis and the collapse of the ruble in 1998, President Boris Yeltsin's government defaulted on its $40 billion domestic debt. The last time Russia defaulted on its foreign creditors was more than a hundred years ago, when the Bolsheviks abandoned the debt burden of the Russian Empire in 1918.

Russian officials have been trying to make payments on $40 billion of outstanding bonds since the US and its allies imposed sanctions on the country.

Russian President Vladimir Putin last week signed a decree on a temporary measure giving the government 10 days to select banks to make payments under the new scheme, indicating that Russia would consider its debt obligations settled by paying bondholders in rubles.

While the deadline for Russian officials to comply with the 30-day grace period on interest payments that were originally due on May 27 has passed, it could be some time before the default is confirmed.

Earlier, Putin signed a decree defining the procedure for paying all external debts of the sanctioned country in rubles - earlier, the Russian Federation tried to pay off rubles only with Western creditors. Despite this, the Ministry of Finance of Russia, to the last, made payments to the owners of its Eurobonds in dollars and euros, as required by the agreements, although there was an unsuccessful attempt to pay in rubles.

As of May 27, funds in the amount of about $100 million have not been received from Russia to the investors' accounts.

The Kremlin does not agree with the allegations of a default in the Russian Federation on foreign currency debt obligations, reports Interfax.

According to Peskov, allegations of a default “in this case are absolutely unlawful, because back in May the necessary payment in foreign currency was made.” The fact that these funds were withheld and not delivered to the recipients “is not our problem anymore,” he added. “That is, in this case, there is no reason to call this situation a default,” Peskov said.

Investors did not receive payments on two issues of sovereign Eurobonds of the Russian Federation due to the actions of third parties, which is not directly provided for in the issuance documentation as a default event, as the Russian Ministry of Finance stated.

The Ministry of Finance, in its message on Monday, reiterated that the obligations to service government securities were fulfilled in full in accordance with the issuance documentation for Eurobond issues.

“However, international settlement and clearing systems, having received funds in full in advance, having legal (the license of the Office of Foreign Assets Control of the US Department of the Treasury expired on May 25) and financial ability (funds received on time on May 24 and 25 in relation to payments in dollars The United States and the Euro, respectively) to bring these funds to the final recipients, did not take the necessary actions for this,” the ministry said in a statement. At the same time, all market participants knew in advance about the expiration of the specified license, but did not take action to bring the funds to investors, the Ministry of Finance notes.

“Taking into account that the actions of foreign financial intermediaries are beyond the control of the Russian Ministry of Finance, in case of non-receipt of payments on Russian Eurobonds from them, it seems appropriate for investors to contact the relevant financial institutions directly,” the report says.

The Ministry of Finance of the Russian Federation also draws attention to the fact that, in accordance with the issuance documentation for these issues, a default event is the absence of a payment from the debtor, however, the payment was made in advance - on May 20, 2022.

“In this case, the non-receipt of money by investors did not occur as a result of the absence of payment, but due to the action of third parties, which is not expressly provided for in the issuance documentation as an event of default and should be considered within the framework of the general rules of law governing the terms of the issue, taking into account all the circumstances and good faith actions of the parties,” the statement said.