In the story of the First Channel about the war in Syria, a frame with a sniper rifle from the game was used. Arma 3. 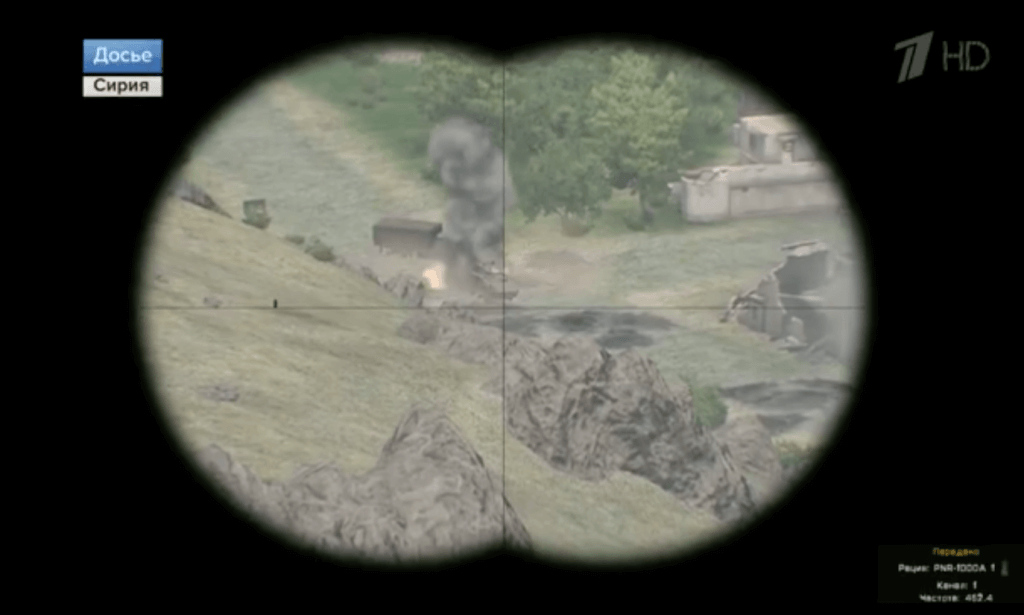 In the release of the program "Sunday Time" from February 25 on the story of the deceased Russian soldier (4: 58) showed the view from the sight, where clearly visible polygonal environment and painted technique, writes TJ.

The plot of the First Channel is dedicated to "those to whom duty and honor are more important than their own life" - the soldiers who congratulated Vladimir Putin on Defender of the Fatherland Day. Then the presenter told about the death of Alexander Pushkarenko in Syria, who received the title of “Hero of Russia” for directing Russian snipers at the targets in Palmyra.

Determine that the frame was made in the game. Arma 3, the inscriptions in the lower right corner helped. Portable radio PNR-1000А - This is one of the most popular walkie-talkies in the shooter, which is mentioned in the game manuals. In addition, the environment and the sniper scope in the frame is quite similar to what the gameplay of the game looks like. 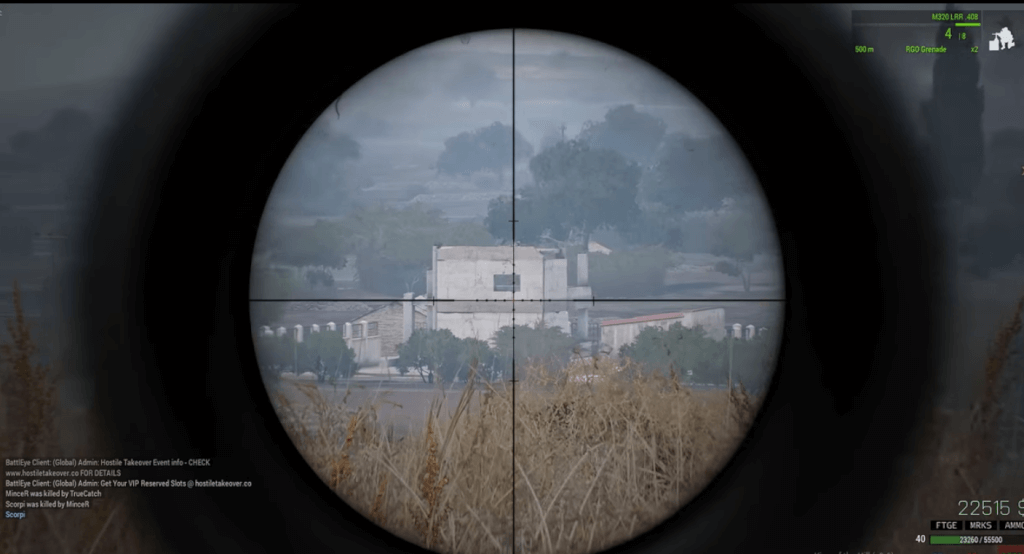 As noted on Pikabu, the frame is so short that determine the specific video with the gameplay Arma 3 almost impossible. It is not clear why the editor or the author of the story inserted this moment into the issue: it appears too quickly for the viewer to notice something and reminds Easter eggs for those who still have time to notice.

Recall as a result of unsuccessful attempts to take control over the refinery, which is controlled by the Arab-Kurdish detachments of the Syrian Democratic Forces (SDF) and American military advisers, died, according to various estimates, from the so-called “PMCs of Wagner” from 15 to 600.

The Ministry of Defense refused to admit any loss or the mere presence of its military in the area. The Russian Foreign Ministry acknowledged that in a battle near Deir-ez-Zor they could have died before the 5 of Russian citizens.

The command of the US-led international coalition assesses the casualties of the attackers in 100 people (with 300 – 500 participants in the attack), but has no information about the nationality of the victims.

According to a Pentagon spokesman, Lt. Gen. Geoffrey Harrigiana, US military advisers contacted with the Ministry of Defense, but having received the answer that there is no Russian military in this area, they began a response operation.