Home In the U.S. Russian online cinema has become available on a popular console

Russian online cinema has become available on a popular console

This is the first licensed Russian VOD service appeared on Roku. 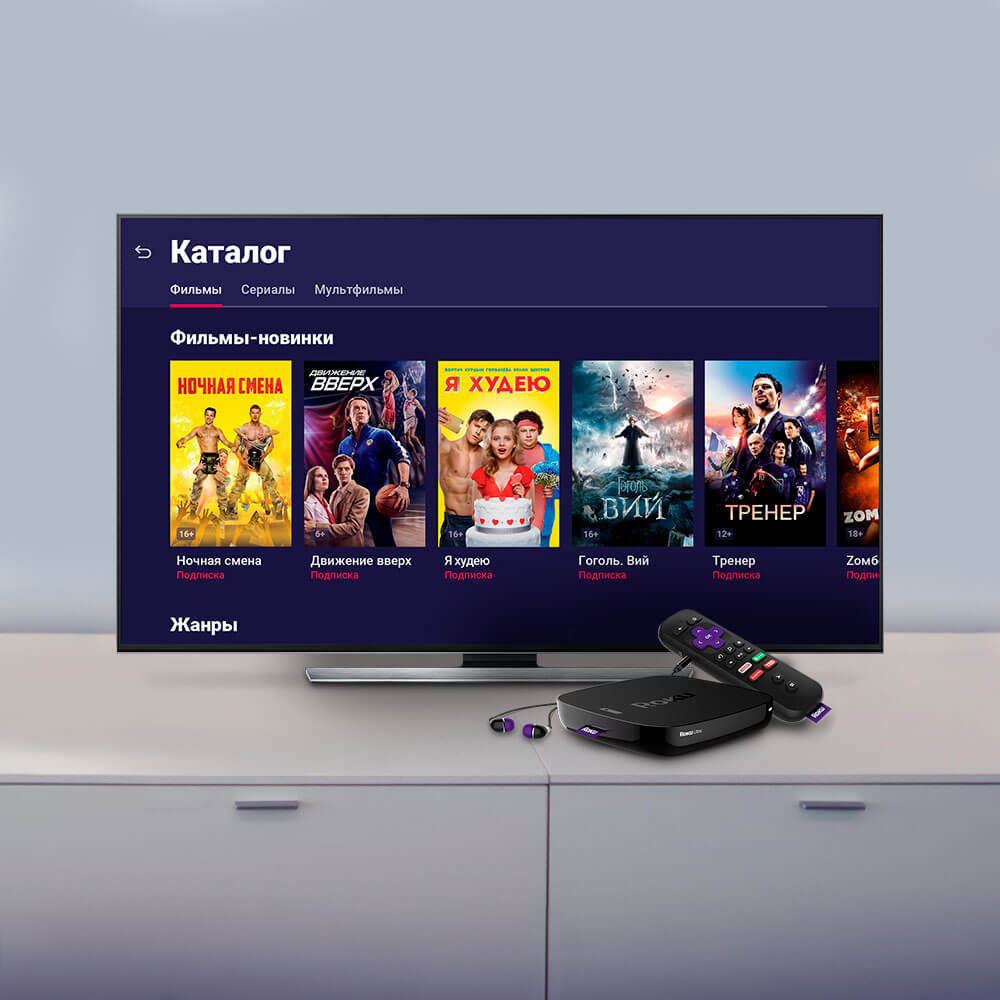 At the end of November, the application of the largest Russian VOD service on Roku took place. This is the first online cinema in the history of the console in Russian, which has become available in the application for all users in the USA, Canada and the UK. All users will have full access to the online cinema catalog, which includes more than 35 thousands of content items in Russian, with the best movies, TV shows, cartoons, TV shows, documentaries, etc.

“It is important to be where our audience is. Roku is one of the first OTT services to have been in the US market for over 15 years and has a 2018% market share by 37 - higher than Apple and Amazon Fire combined. Today it is the market leader in the United States and the release of our application there is an important step in terms of business and opportunities for Russian-speaking users. At the same time, the ivi channel on the set-top box is fully licensed, which means that it is maximally correctly integrated into the ecosystem, through which it is convenient to immediately pay without taking additional actions. We are glad that we made this integration the first of the licensed VOD services in Russian, ”says Alexander Prazdnikov, head of international development of ivi online cinema.

Over the years of its existence, the Roku prefix does not lose its popularity, constantly developing services, opportunities for users, expanding channels and applications within the system (there are more than 4000 in total). The service gained special and traditional popularity in the USA, where more than 22 millions of people use it.

Finding the ivi app is easy - just enter the name in the search bar, and then the connection takes place in two clicks through the Roku online system, just like on iOS. “In addition to the movie catalog, Roku users receive a free trial period for 30 days, gifts every week, as well as the ability to watch ivi with one subscription on 5 different devices, including off-set, on Smart TV, iOS, Android, and other modern applications. devices. And if the user already has an ivi subscription, then you just need to log into your account on the set-top box, ”comments Alexander Prazdnikov.

The cost of the Roku console starts from 29,99 dollars, the cost of an ivi subscription is 5,99 dollars. In addition to ivi, applications such as Google Play, YouTube, Netflix, Hulu and other world-famous VOD services are available on the platform. Thanks to this integration, Russian cinema will become more accessible - now every Roku user will be able to enjoy a huge variety of content, including in Russian.

therein - Russia's largest online cinema, the total audience of which exceeds 48 million unique visitors per month. The service provides completely legal content available in more than 180 countries of the world. The ivi presents an extensive catalog of movies, cartoons and TV shows from the best Russian filmmakers, available for viewing on modern devices - Apple TV, Android TV, Smart TV, web TV, applications on Android, iOS, gaming consoles. In 2017, ivi signed exclusive partnership agreements with well-known Russian TV channels - First Channel, CTC, Russia, TVC, according to which popular channel content is available on ivi. The movie library of the online cinema in the world is more than 35 thousand content units, including in HD and Full HD quality. The service is available by subscription, with the ability to quickly turn off at any time.

Marina Kravets: Sense of humor should be included in the dowry of every girl!

What you can not joke in Russia and the United States: opinions and advice