Home Educational program Parents have been billed at $ 18 thousand for the mixture and sleep that has been prescribed to the infant.

Parents have been billed at $ 18 thousand for the mixture and sleep that has been prescribed to the infant.

Tourists from South Korea arrived in San Francisco on 2016. On the first morning of the vacation, Jang-Yo and her eight-month-old son Park Jung-chan fell out of bed in a hotel room, the child hit his head, wrote VOX. 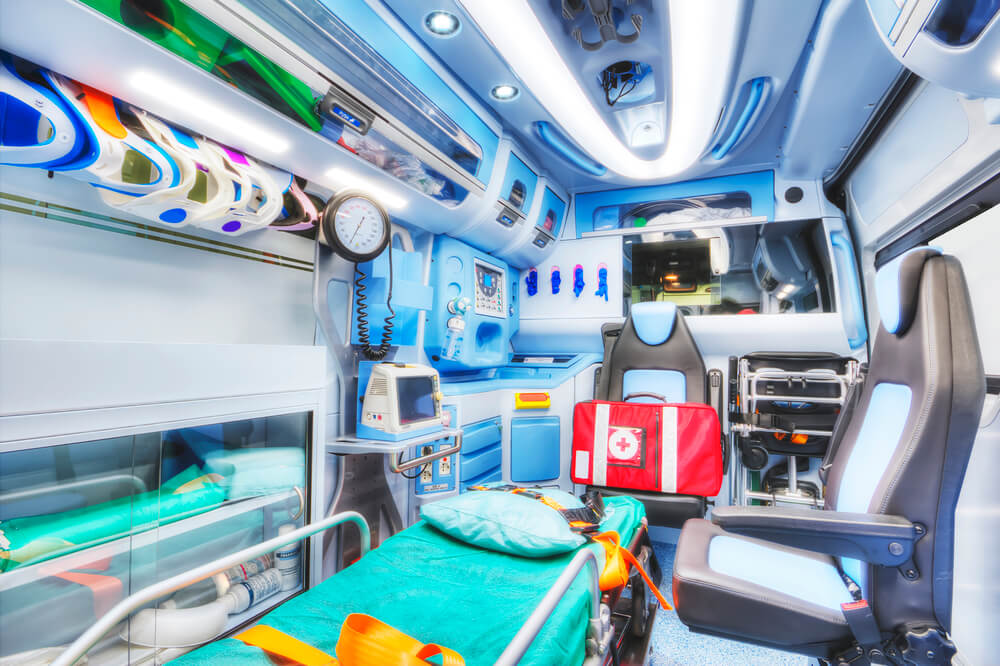 There was no blood, but the child could not calm down. Jang and her husband were afraid that her son could have an unobvious injury, so they called 911. The ambulance took the family to Zuckerberg San Francisco General Hospital.

The doctors quickly came to the conclusion that the child was fine - only a couple of bruises on his nose and forehead. The child slept a little in his mother's arms and received infant formula, then he was discharged. The family continued their vacation and forgot about the incident.

Two years later, they received an invoice in the amount of $ 18 for a visit of 3 hours and 22 minutes. The lion's share of the amount - $ 15 - was for the so-called trauma response fee.

“This is a huge amount for my family. If my child received special treatment, then okay. But this was not done. So why should I pay the bill? They didn't do anything for my son, ”Jang said. The family had travel insurance that covered only $ 5.

There are a lot of fees in American hospitals, many of which do not exist in other countries: a charge for blood collection, for checking the oxygen level in the blood using a skin probe, for applying gypsum, and fees for staying in the rest room.

The activation fee for the resuscitation team (RK) is the fee that the trauma center receives when it assembles a team of medical specialists who are meeting with a patient who allegedly has serious injuries. It is paid in addition to payment for procedures, equipment and other medical services.

According to Vox and Kaiser Health News, the “PK activation fee” is the highest, and can reach thousands of dollars depending on the hospital.

Vox collected more than 1400 emergency bills, which were sent by readers from all 50 states. The publication noted that treatment in the emergency department is expensive. Over the past decades, fees have risen sharply. And when health insurance plans cannot cover the fees, patients are left with burdensome bills.

Fees range from $ 1,112.00 at Missouri hospitals to $ 50,659.00 at California hospitals, according to Medliminal, a company that helps insurers and employers across the country find errors in health care payments.

According to the Health Care Cost Institute, in 2016 the average price that insurers paid to hospitals for fees for PK activation was $ 3. The lowest fee was $ 968 and the highest was $ 725.

According to Medicare guidelines, a fee can be charged only if a patient receives at least 30 minutes of intensive care from a team of traumatologists, but hospitals do not seem to follow this rule when billing.

Emergency centers claim that these fees are necessary to provide training and support a full staff of trauma specialists, from surgeons to anesthesiologists who are able to respond quickly in emergency situations.

Brent Andrew, spokesperson for the Zuckerberg San Francisco General Hospital, considers it appropriate to have a bill for more than $ 15 thousand offered to the Jong family, despite the fact that she didn’t need such services.

“We are an emergency room in a very large and densely populated area. We are very often faced with injuries resulting from traffic accidents, mass shootings and more. And it's costly to prepare for this, ”said Andrew.

Patients are often faced with overestimated accounts after contacting the emergency room.

For example, 30-year-old nurse Alex Sulvetta broke her ankle while climbing in a gym in San Francisco and received a bill of $ 31 250.

An ambulance brought a woman to San Francisco General Hospital. In the ambulance, the woman was given morphine. Then she was examined by an emergency doctor and poisoned by surgery. The next day, the woman was discharged.

“My husband and I have been thinking about buying a house, but we continue to save money because we might have to spend our savings to cover the bill,” Sulvette said.

The National Uniform Billing Committee introduced the injury bill for the first time in January 2002. Accounts were introduced to staff the injury team, as there was a high risk of closing emergency centers throughout the country.

In the emergency room work specialists with special certification, which allows them to provide emergency medical care at any time.

It was assumed that the hospital will use the new fee in the case when the patient needs critical assistance for more than 30 minutes. In addition, physicians should evaluate the actual costs of treating an injury and take into account the amount that their patients are willing to pay. The emergency room where uninsured patients or patients with Medicaid arrive can compensate for the fees paid by patients with private insurance. But some hospitals have begun to abuse the right to charge a “activation fee for the Republic of Kazakhstan”.

Jung will dispute the invoice. Her case was studied by Teresa Brown of Medliminal and noted that the family did not receive 30-minute emergency assistance from the team of traumatologists, and accordingly, the bill should be lower.

Now Jang has a lawyer who is negotiating with the hospital. A woman fears that having an unpaid bill may prevent her from getting a visa for a scheduled visit to New York and Chicago.

The American Dream: Expectation and Reality

22 medical services that are available for free with Medicare