A series of small earthquakes in California, near the Mexican border, are under close scrutiny by scientists because they could raise the likelihood of a much larger earthquake at the San Andreas Fault. Writes about it Los Angeles Times. 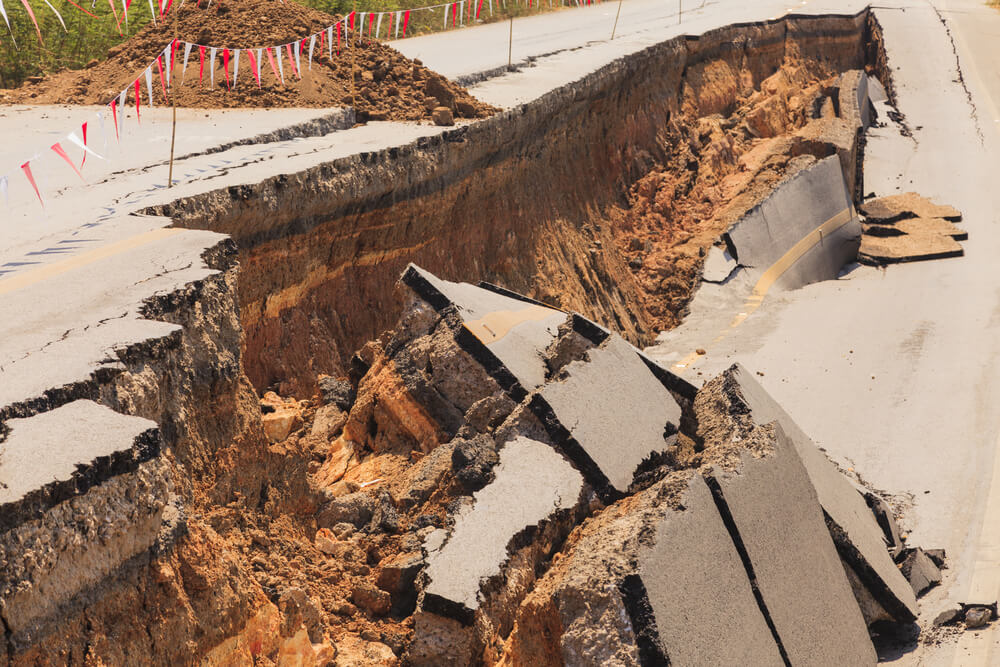 This is only the fourth time in 88 years of modern data that such a series of earthquakes have occurred in this part of California - a region of concern to seismologists due to the likelihood of a major earthquake in the San Andreas Fault.

Strong earthquakes in this area occur on average every 250 years. Overall, the probability of a magnitude 7 or more earthquake in this part of the San Andreas Fault over the next 30 years is 20%.

The warning convinced San Bernardino officials to close the city hall for two days, but there was no major earthquake.

The series of aftershocks on Aug. 10 "do increase the likelihood of a massive earthquake at the San Andreas Fault," said US Geological Survey geophysicist Morgan Page.

However, “it won't necessarily be catastrophic,” given that the last three such series - in 2001, 2009 and 2016 - did not lead to larger catastrophic earthquakes.

“But every time it happens, we really worry that this might be the moment,” Page said.

On the subject: An earthquake hit California: what you need to know about this phenomenon

According to seismologist Lucy Jones, compared to the 2016 tremors, the epicenter of these tremors is further from the San Andreas Fault. Scientists saw no prerequisites that would trigger a stronger earthquake more than 6,2 miles (10 km) away, and the August 10 earthquake hit about 7,5 miles (12 km) from the San Andreas Fault. The situation, however, will become more alarming if the series of earthquakes begins to move north towards the fault.

San Andreas is one of the most dangerous rifts in the state and, in the worst case scenario, can cause an 8,2 earthquake from the border with Mexico through Palm Springs, San Bernardino to Los Angeles County, all the way to Monterey County.

According to a USGS simulation called ShakeOut, a large 7,8 earthquake in the San Andreas Fault could hypothetically kill 1800 people; injure 5000 people; cause the need to evacuate from 500 to 000 million and impede the economic life of the region for a whole generation. Such an earthquake can cause violent tremors almost simultaneously in Los Angeles, Orange, Riverside, San Bernardino, Kern and Ventura counties.

This prospect has pushed local California governments to tighten laws to retrofit buildings in the event of earthquakes. In recent years, large-scale laws have been passed in Los Angeles and other cities requiring the strengthening of tenements and fragile concrete buildings to avoid catastrophic destruction.

But vulnerabilities remain. Most cities, including Los Angeles, have not undertaken large-scale inspections or upgrades to potentially vulnerable steel-framed buildings. And an analysis by the Los Angeles Times in 2018 found hundreds of aging brick buildings in Riverside and San Bernardino counties that were flagged as dangerous. They have not been upgraded, despite decades of warnings about the danger to life from the earthquake.

Strong earthquakes can easily occur without foreshocks. California has a history of a series of small earthquakes that preceded large and catastrophic events.

The last 7,8 magnitude megaquake in Southern California in 1857 occurred at the San Andreas Fault, and was preceded by smaller earthquakes.

In 1987, a magnitude 6,2 earthquake was followed more than 11 hours later by a magnitude 6,6 earthquake along the Superveine Hills Fault. It caused $ 4 million in damage and injured 94 people in Imperial County, while 3000 people were temporarily homeless.

Perhaps the most famous example of a series of earthquakes in California occurred in 1992.

The 6,1 magnitude earthquake in Joshua Tree National Park on April 22 marked the beginning of a series of tremors that were felt in the north in the following months. On June 28, there was an earthquake many times stronger - the Landers earthquake of magnitude 7,3 with an epicenter more than 25 miles (40 km) northeast of Palm Springs.

And in 2019, the 6,4 magnitude earthquake at Ridgecrest on July 4 in the Mojave Desert was followed by a magnitude 34 quake less than 7,1 hours later. This second earthquake on July 5 was the most powerful in California in 20 years and caused billions of dollars in damage, especially in the city of Trona and China Lake Naval Air Force Base, the largest naval base for weapons development and testing.