Home In the U.S. Reuters: Russian website disguised as media tried to influence US voters

The Russian site, posing as an independent news agency, published news and analytics targeting right-wing social media users ahead of the US presidential election, Reuters said. The site is associated with the St. Petersburg Internet Research Agency, which, in turn, is associated with a businessman close to the Kremlin, Yevgeny Prigozhin, writes with the BBC. 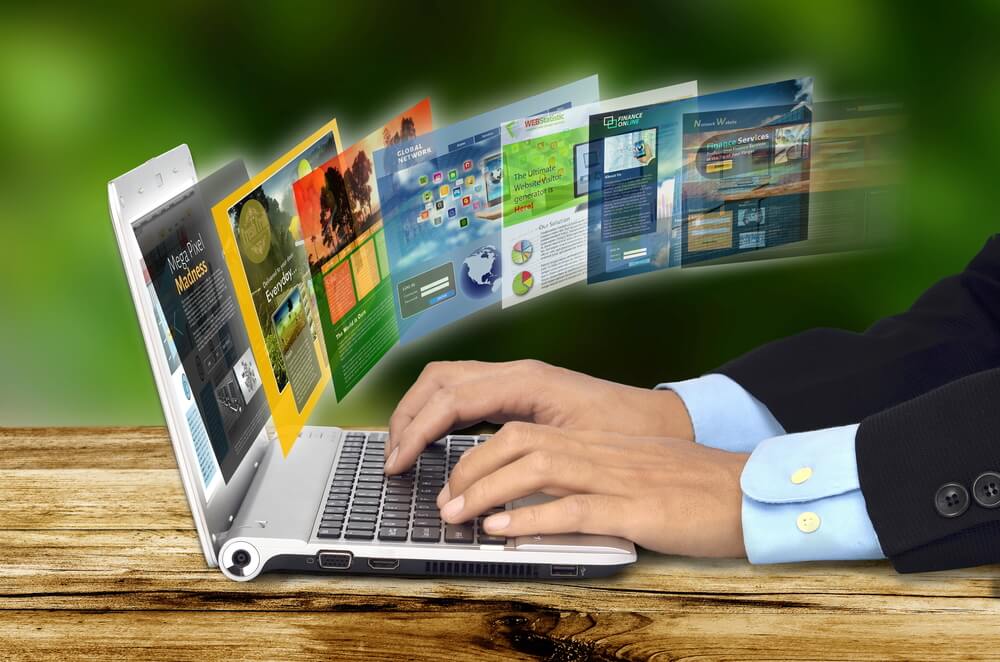 About Newsroom for American and European Based Citizens (NAEBC), which has been operating since June 2020, Reuters writes with reference to two sources familiar with the FBI's investigation into the resource.

What is this site

According to sources, the site was mainly devoted to events in US politics, articles from conservative media were published there. The resource paid Americans to write articles on sensitive political topics. For each text, the authors were transferred from $ 50 to $ 75 through online systems. The money was paid regularly, the sources of the publication specify.

The journalists found three US-based authors who wrote articles for the NAEBC. Two of them had previously collaborated with the right-wing media, and the third was an amateur journalist. One of the authors, who asked not to be named, said that they had worked for NAEBC for the past month, but were unaware of Russian support.

The NAEBC positions itself as a “free and independent” media based in Hungary, with its mission to promote conservative and right-wing views. There is a warning on the main page of the site: “Don't be fooled”. However, the very name of the site is a pun, meaning just a crude variation of the word "cheat", notes Reuters.

Social media users posing as editors and journalists promoted the site's content, which, in turn, was “reposted” by right-wing users.

What topics did the authors write about

For example, NAEBC articles attacked Democratic presidential candidate Joe Biden, criticized the Black Lives Matter movement, and praised Kyle Rittenhouse (a 17-year-old suspect in the murder of two people during the riots in the American city of Kenosha, Wisconsin, in August).

The NAEBC staff, according to the authors found by Reuters, gave detailed instructions on how articles should be written.

On the subject: In the 2016 elections, the predictions of the opinion polls did not come true: can you trust them this time

In particular, at the end of August, the person who wrote the letter under the pseudonym Nora Burke invited one of the authors to defend the US police after the Black Lives Matter protests. The NAEBC asked the author to ask the article "how American citizens should protect themselves without the police," focusing on increased arms purchases, violence and gunfire.

“We have to mention here that many Democrats support cuts in police funding,” said a man introducing himself as Burka. "And if they win the 2020 elections, that could happen."

When asked about NAEBC's ties to Russia, someone who identified himself as an assistant editor named Nora Burka emailed the publication that "he has no idea what NAEBC has to do with this." The man refused to speak by telephone or video link, the newspaper said.

After Reuters communicated with NAEBC from the profile of Nora Burke, as well as other employees of the site, all links to the resource disappeared in social networks, they also deleted some past posts, the newspaper notes.

This site disguised as a media site was run by people associated with the Internet Research Agency known as the "troll factory," the newspaper writes. US "Troll Factory" prosecuted for meddling in 2016 elections... This agency is associated with businessman Yevgeny Prigozhin, close to the Kremlin.

The FBI denied Reuters an official comment on the NAEBC information.

The Russian authorities have repeatedly denied any interference in the US elections. Kremlin spokesman Dmitry Peskov said he knew nothing about NAEBC and the fake news website Peace Data. “The Russian state is not engaged in such activities,” he said.

According to Ben Nimmo, head of investigations at social media analyst Ben Nimmo, NAEBC and Peace Data have a common strategy: energize Trump supporters, suppress Biden's support, and get both sides to argue.

According to Graphika's analysis, NAEBC has been active since late June, creating a small network of Twitter and LinkedIn profiles, some of them using generated photos of non-existent people to collect articles from subscribers and freelance journalists.

In these social networks, according to Nimmo, profiles were not particularly popular. But in Gab and Parler, which are predominantly right-wing users, they found more attention due to the weak moderation of content on these social networks, Nimmo explained. Parler said the company was not aware of NAEBC and did not discuss its activities with law enforcement agencies. Gab did not respond to the publication's request for comment.

LinkedIn's head of trust and security Paul Rockwell told the publication that the company had previously blocked three NAEBC accounts. “This is part of our regular work to actively look for signs of government-sponsored activity on the platform and quickly take action against attackers,” he explained.

On the subject: Bloomberg will spend $ 16 million so that former criminals can vote in the elections

Facebook said it thwarted an attempt to create an NAEBC profile and blocked access to this site on its platforms.

Twitter declined to comment. But even before the publication contacted the company, they had already temporarily deleted the main account of NAEBC and an account in the name of Nora Burke, and also blocked the transition to the NAEBC website as “potentially dangerous,” notes Reuters.

In early September this year, Facebook and Twitter reported on another fake media called Peace Data. He and NAEBC have a similar feature - words encoded in the name from the Russian mat. The companies also linked this resource with the Internet Research Agency.

In February 2018, a grand jury in a federal court in the US District of Columbia formally accused the Internet Research Agency of interfering in the 2016 US presidential election.

According to the indictment, company employees, in particular, set up accounts on behalf of US citizens and posted there information defaming Democratic candidate Hillary Clinton.

Prigozhin, through his representative, said that he had nothing to do with the "troll factory." In December 2019, he headed the board of trustees of the Patriot media group, which united the media associated with it - Federal News Agency, Economics Today, Politics Today, and Narodnye Novosti.

Biden's headquarters began selling T-shirts with Trump's portrait and the phrase: 'Maybe you shut up?'