Home In the U.S. A rare occurrence: in California, two powerful fire tornadoes were recorded at once

The largest wildfire in California spawned two huge fire tornadoes, one of which is the second category, writes CNN. 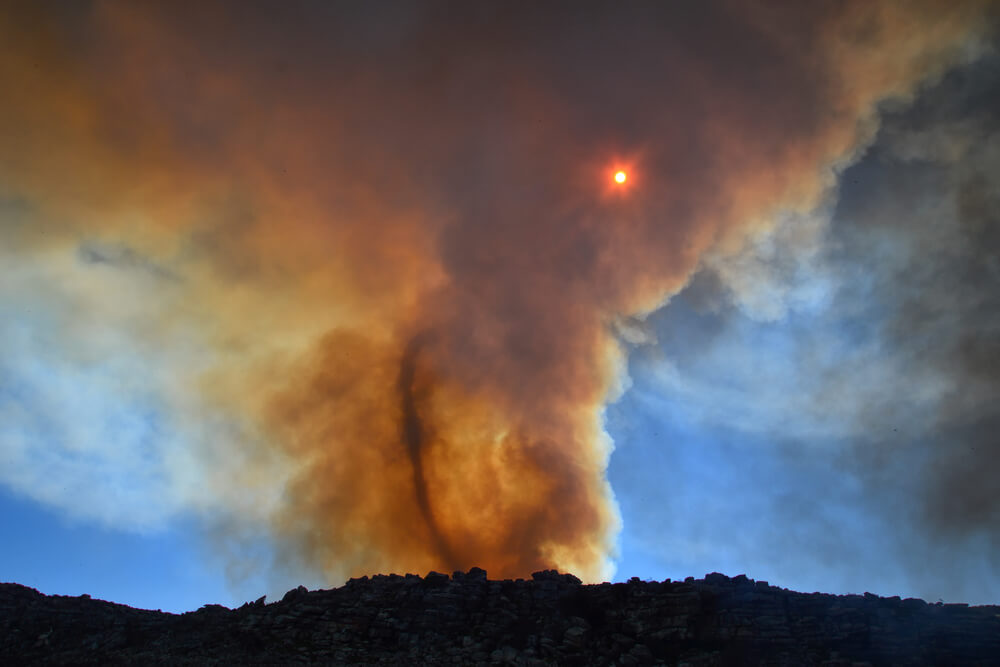 California's Creek Fire is not only the state's largest single bush fire, causing massive damage. Just a day after the fire began this month, it spawned two rare fire tornadoes.

On the subject: 'It looks like hell': a terrible fire tornado caught on video in California

According to CNN meteorologist Hayley Brink, fire tornadoes occur when rising heat from a fire draws in smoke, fire, and dirt, thus creating a swirling vortex above the flames.

“Even one tornado on fire is rare,” CNN meteorologist Taylor Ward told CNN. "Fires can cause fire whirlwinds due to heat, but tornadoes with winds over 100 mph (160 km / h) are pretty unusual."

The tornado uprooted pine trees, broke several trees 2 feet (60 cm) in diameter and ripped the bark off the trunks, according to the storm research report.

Record bushfires that California are experiencing this year have triggered an intense heat wave with eddies, meteorologist Gerald Meadows of the National Weather Service office in Hanford, California, told CNN.

This isn't the first time in 2020: the Loyalton Fire in Northern California, near Nevada, spawned one tornado last month.

On the subject: Cold snap in the east and extreme heat in the west: the weather will change dramatically in the USA

Both fire tornadoes occurred on September 5: the first near Huntington Lake and the second near Mammoth Pool Reservoir. There, during the rescue operation, hundreds of people were evacuated to safety.