July 2, it became known that on June 10 in the sky over the Rostov region almost collided with two passenger aircraft, one of which belongs to the airline S7. During a flight from Rostov-on-Don to Moscow, the Airbus A320 course of a Russian carrier crossed paths with the Boeing 777 of Emirates Airlines, which flew from Oslo to Dubai. Writes about this Lenta.Ru. 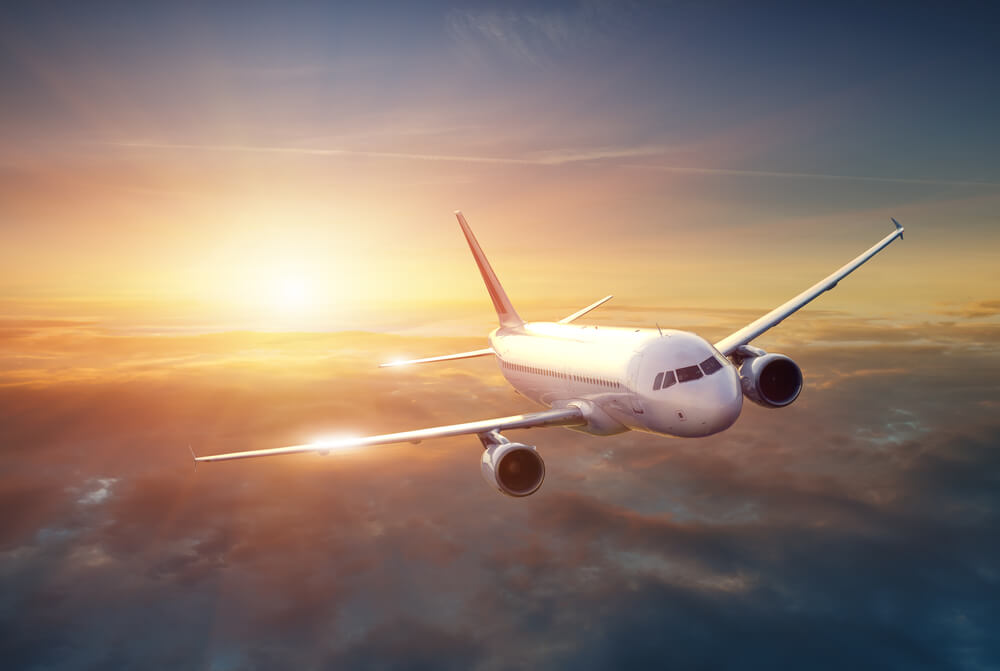 According to sources, airport controllers noticed a dangerous approach late, and the planes dispersed literally by a miracle. Despite the fact that the incident occurred on June 10, details of what happened appeared in the media just now.

It follows in particular from the transcripts of the recordings of the negotiations between the ground services and the pilots in a critical situation that, noting the dangerous approach of the ships, the dispatchers tried to warn the Emirates liner about the flight levels, but they were not heard on board for background talks.

At the same time, dangerous proximity sensors worked in the cockpits of both aircraft, since the distance between them was reduced to 150 meters.

Further, following the instructions of the ground services, Russian pilots turned the ship 50 degrees to the right and accelerated the decline. The pilots of the Arab airline, in turn, also made a maneuver, stepping aside. Thanks to this, the aircraft managed to disperse.

Passengers were not informed about the incident.

The passengers of the Russian flight did not know that their plane nearly collided with another in the air, but felt sharp maneuvers after climbing. According to student Yaroslav Tyaglo, who was on board, at some point, Airbus made a sharp turn and quickly sidestepped.

“The alarm went off, oxygen masks fell out, but we did not even have time to put them on. I was sitting near the porthole and saw a Boeing that flew a little higher and blinked with a high beam. Frightened, to be honest, ”he said. Yaroslav noted that the crew remained calm, so the passengers did not even understand what happened, and only from the news did they know that their life was hanging by a thread.

S7 commented on the incident

Representatives of the airline S7 said that the pilots of both sides competently worked out the situation. In addition, the carrier’s press service clarified that the aircraft were equipped with sensors warning of dangerous proximity in advance, and this system worked properly on the Airbus A320 and Boeing 777.

S7 also assured that the pilots always have time to perform a safe maneuver, even if the appropriate order from the dispatcher was received at the wrong time. “Every six months, pilots are required to practice actions in such situations on flight simulators,” the press service emphasized.

They were also approved by the State Corporation for the Organization of Air Traffic in Russia. They believe that the information about the incident with the approach of two planes in the sky over Rostov-on-Don is too exaggerated, because the liners managed to disperse at a safe distance.

Dispatchers may be blamed for dangerous rapprochement

The Federal Air Transport Agency conducted a check on the fact of the approach of aircraft and revealed errors in the actions of the dispatchers. It turned out that the senior dispatcher violated the job description - he did not exercise control over the air situation and the work of subordinates.

According to the first findings of the audit, the dispatcher who planted the planes made a violation: he switched to English, giving the command to the Russian pilot. To avoid a collision, which, taking into account the speed of the aircraft, could occur within 15-20 seconds, was possible thanks to an employee who had just stepped in for a shift from another sector, who noticed the danger in time and interfered in the radio exchange of colleagues.

Verification of the fact of the aviation incident began at the Moscow Interregional Investigation Department for Transport of the Investigative Committee. Investigators will give a legal assessment of the actions of those responsible for organizing air traffic safety.

Similar incidents have already occurred in the skies over Russia.

A similar situation was recorded in January 2019. Then, over the Rostov region, the business jet Falcon dangerously approached a Boeing aircraft, on board of which there were about a hundred people. It is known that the distance between them did not exceed 350 meters. The pilots of the passenger airliner altered to avoid a collision, and the ships parted.

On the subject: The secrets of air travel: the best places on the plane for passengers with aerophobia

In addition, in August 2018, a dangerous approach was reported between the Russian airliner Airbus A330 and an unidentified flying object over the Black Sea, at a distance of about 250 kilometers from Sochi. Later, the Federal Air Transport Agency denied this information and stated that the cause of the proximity sensors that worked in the cockpit could be an excess of the liner's vertical speed.

Often, dangerous encounters end in disaster: in July 2002, a cargo Boeing and Tu-154 of Bashkir Airlines, flying from Moscow to Barcelona, ​​collided over Lake Constance in Germany. The collision occurred at an altitude of 10 634 meters, as a result of all the pilots and passengers of both sides died. The cause of the disaster was the error of the dispatcher: he reported incorrect information about the position of the aircraft in relation to each other.

Dangerous rapprochement in the air - a situation when there is a threat of a collision of aircraft, taking into account the distance between them, their speed and location in the sky - all acceptable parameters are established by law and vary in different conditions. The causes of incidents, as a rule, are incorrect route calculations, as well as errors of controllers and pilots.

To prevent catastrophes, all modern aircraft have a TCAS (Traffic alert and Collision Avoidance System) system for colliding aircraft in the air. It controls the airspace around the liner, and in case of danger gives the pilots a signal and gives recommendations on preferred actions.

For pilots in such circumstances, the priority should be the testimony of the on-board system, and not the instructions of the ground services.