Home At home 'Half a minute difference': New York Times published a video of missiles hitting a Ukrainian plane

Newspaper The New York Times published a new video, which, as expected, captured the hit of two missiles in a Boeing 737 aircraft of Ukraine International Airlines (UIA). This airliner was mistakenly shot down over Tehran on January 8. The video was posted on the website of the publication. Writes about this Gazeta.ru. 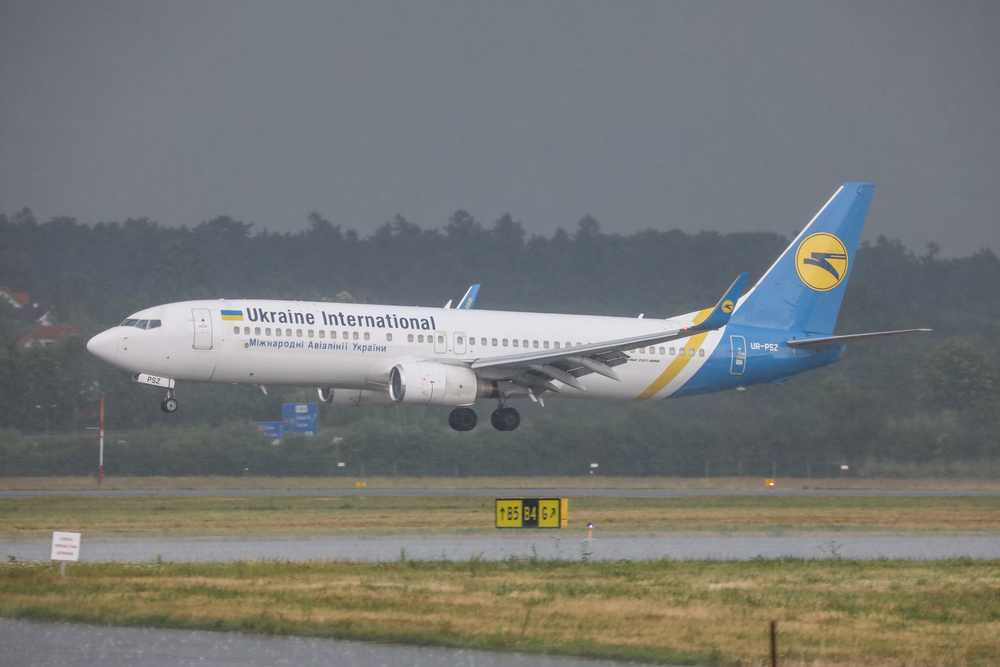 The newspaper emphasized that the journalists were able to confirm the authenticity of this entry.

As specified in the publication, the shots were taken using a surveillance camera located on the roof of one of the houses near the Iranian military facility, from which missiles were launched. The video shows how two missiles with a difference of about half a minute soar into the sky and alternately hit the plane. This is accompanied by bright flashes.

After some time, you can see a moving luminous object in the sky. According to the newspaper, it was a burning ship. The publication noted that the plane continued to move for some time. This is confirmed by published footage.

The video, according to The New York Times, indicates that the connection with the liner was lost after hitting the first of two missiles.

The fact that the Ukrainian Boeing 737 airliner could be shot down by two missiles fired from the Tor anti-aircraft missile system was announced on January 10 by CNN, citing a source familiar with US intelligence data. As the interlocutor of the channel noted, the American intelligence agencies have information that before the plane was shot down, it was captured by the Iranian radar guidance system.

The Wall Street Journal also wrote that, although British and Canadian experts are talking about launching one rocket, in the US they say there were two.

Shortly before this, NYT was one of the first to publish another video recording that allegedly captures the moment one of the missiles hit a plane flying from Tehran airport. The local resident who posted this video was detained by the Iranian Islamic Revolutionary Guards Corps (IRGC) on January 14.

They wanted to interrogate him and clarify the circumstances of the tragedy. The IRGC promised to present the results of the investigation to the public.

Ukrainian Boeing 737-800 crashed on January 8 after taking off from Tehran airport. On board the aircraft were 176 people, all died.

Initially, the Iranian authorities assured that the cause of the disaster was a technical malfunction. They later admitted that the accident actually occurred as a result of an unintentional missile attack. As explained in the Islamic Republic, the liner was shot down by mistake: the air defense system operator mistook him for a cruise missile.

The first persons involved in the plane crash were arrested in Iran on January 14. The number of arrested soldiers was not specified. Other details of the incident are also not given.

Iranian leader Hassan Rouhani promised that they would bring the Iranians who shot down the Ukrainian liner to court. In a telephone conversation with his Ukrainian counterpart, Vladimir Zelensky, he assured that the perpetrators of the incident would be punished, and "the judiciary will begin work in this direction soon."

According to Zelensky himself, during a conversation with Rouhani, they agreed that “no one will be turned away from punishment.”

Rouhani also apologized to the Ukrainians for the downed plane and fully admitted that the tragedy happened due to erroneous actions of the Iranian military, the office of the President of Ukraine said. The head of Iran expressed his condolences to the Ukrainian people and the families of the victims.

Zelensky emphasized that the recognition of the “rocket version” opened the way for the continuation of the investigation without delay or obstruction.

He expressed hope for constructive cooperation with Tehran in accordance with international law.

According to him, the crew acted in strict accordance with international rules. He also noted that the bodies of the dead Ukrainians must be returned to their homeland in the near future - until January 19 - "so that their relatives could say goodbye to them." Rouhani promised to give relevant instructions.