Home Incidents California oil spill killed many animals: pipeline may have burst a year ago

California oil spill killed many animals: pipeline may have burst a year ago

Investigators say the pipeline that thousands of gallons of crude oil spilled in the Pacific Ocean off the coast of Orange County, California, could have been damaged from several months to a year ago. The edition told in more detail CNN. 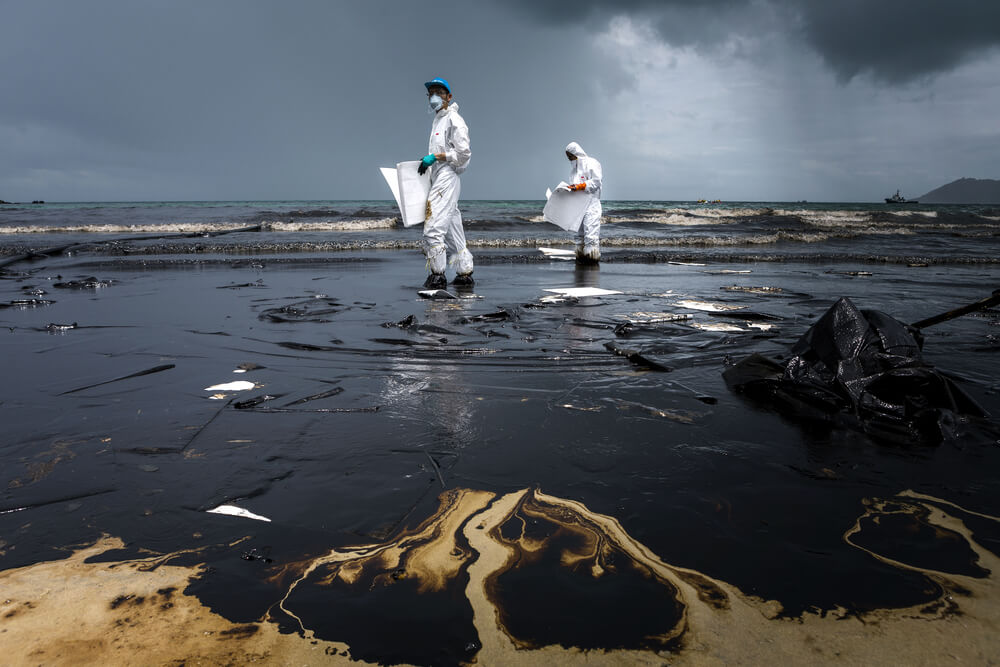 The pipeline was not damaged in October 2020, according to Jason Neubauer, head of investigation and analysis at the US Coast Guard. After that, it deviated 105 feet (32 m), which eventually resulted in damage to its hull and a crack.

They still believe that the 13-inch (33 cm) linear crack in the pipeline was likely caused by the ship's anchor being dragged along the seabed. “I am convinced that the initial event that led to the deflection of the pipe itself was an anchor strike,” Neubauer said.

A video released by the Coast Guard showed the growth of seawater in a damaged section of the pipeline, which was originally filled with concrete. Neubauer explained that a linear crack in the pipeline might have been a small crack at first, which grew larger over time.

“There may have been several incidents on the pipeline since the initial event, which we are sure happened from a few months to a year ago,” he suggested.

Analysis of data for the year

Investigators are currently analyzing data and images accumulated over the year from various sources, including ship traffic control, to determine when the oil spill began. They will monitor every movement of the vessel through the pipeline throughout the year.

“We are not prepared to rule out any vessels as the cause of this incident,” Neubauer said.

On the subject: Conflict of oil-producing countries may cause US gasoline prices to rise to $ 4 per gallon

Researchers will also study geological events, including severe bad weather in mid-January, which may have contributed to the fracture. A piece of the pipe will be taken to the National Safety Council's laboratory so that investigators can determine when and how the leak occurred.

While similar anchor strikes have happened over the past 10 years, Neubauer said there was only one event that led to the oil spill.

Meanwhile, Orange County officials continue to urge residents and visitors alike to avoid swimming in polluted water and visiting beaches. According to the Orange County Health Agency, air samples from areas potentially affected by the oil spill are within background levels and below sanitary standards for contamination determination.

“We are very excited about the first air sampling results,” said Orange County physician Dr. Clayton Chau. But he added that the initial recommendations are still valid as cleanup efforts continue.

Balls of tar, possibly linked to the oil spill, are still leaching out on San Diego beaches, county officials said, concerned about the expanding environmental impact.

“It is possible that this can happen naturally. The number is extremely unlikely, very unusual, and it is highly possible that these tar balls are actually the result of an oil spill, ”said San Diego County Supervisory Board Chairman Nathan Fletcher.

“We don't know for sure yet,” he added. Officials have collected samples that are being tested.

San Diego County will declare a state of emergency if resin balls are linked to an oil spill, Fletcher said. The floating barriers used to contain oil spills were deployed as a precaution, he said.

The news comes just days after the first reports of a spill that closed beaches and endangered coastal habitats after oil seeped into the ocean as a result of a pipeline rupture or partial rupture several miles offshore. Authorities said earlier this week the source was a 13-inch (33 cm) crack found in a 4-foot (000 km) section of pipe owned by Amplify Energy.

Rescuers from the cities of Carlsbad and Oceanside have seen resin balls on beaches, Fletcher said, and resin balls have been reported to officials in Encinitas and Del Mar, about 70 miles south of the beaches originally affected in Orange County. On Thursday, October 7, about 13 barrels of resinous balls were recovered.

There is no immediate threat to public health and the beaches will remain open until further notice, Fletcher said. But officials asked people not to lose sight of the resin balls.

She recalled that people should not approach any oil-stained animals - they should call the OWCN.

As of Thursday evening, October 7, the number of affected wildlife found during the clean-up was 35, including 10 birds found dead.

The US Coast Guard announced that the oil spill was classified as the "serious accident at sea" with the highest level of severity. In this case, it was designated as such "due to the potential involvement of the vessel and the damage caused, estimated at more than $ 500," the Coast Guard said in a statement.

Authorities say about 172 pounds of oily debris have been recovered from the shoreline.

A class action lawsuit was filed against Amplify Energy and affiliated corporations on behalf of business owners affected by the oil spill, alleging that the companies were unable to securely maintain the pipeline.

Thousands of gallons of oil hit the Pacific Ocean

The preliminary report indicated that the partial rupture could have been caused by the vessel's anchor snagging the pipeline. Earlier this week, the US Coast Guard boarded a German cargo ship anchored in southern California waters when the leak was discovered.

The next day, a spokesman for the ship said the ship was not under investigation and the Coast Guard allowed him to leave the port.