Home Our people Broken skull and broken bones: a 14-year-old Ukrainian was severely beaten in Paris

A Ukrainian teenager, Yuri, studying at a school in Paris, ended up in intensive care after a brutal attack using rebar. This was reported by President Zelensky and the Ukrainian Embassy in France, writes Air force... At the time of the attack, the boy was 14 years old. 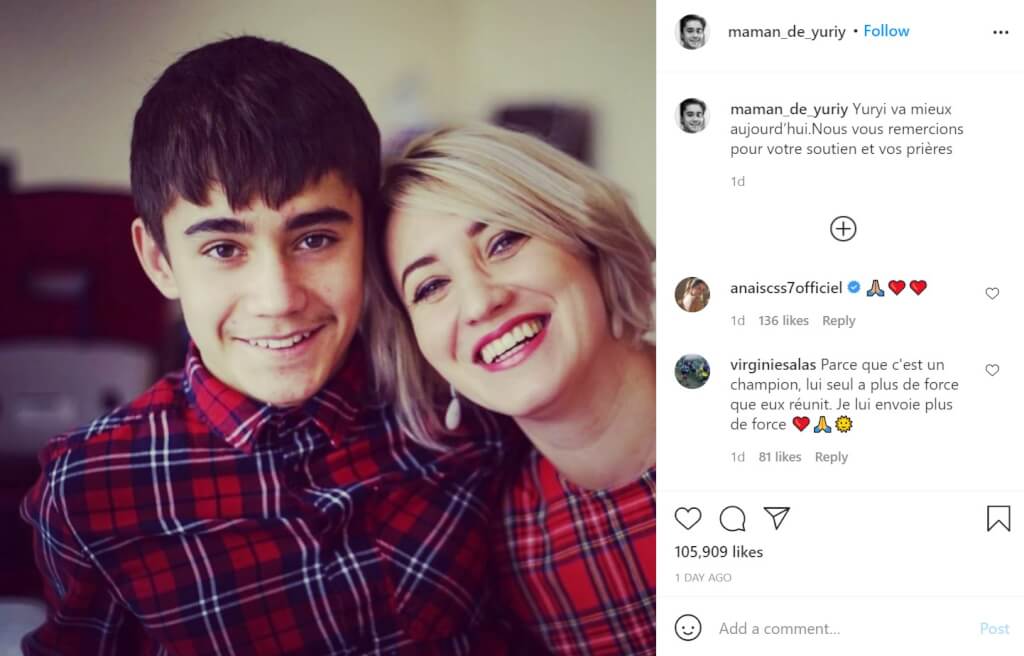 The attack took place on January 15 at about 17:00 in the center of the French capital, in the Bogrenelle district, 1,5 km from the Eiffel Tower. At the end of last week, this story became one of the key stories in the French media.

“Yuri and his friends were returning from school when they were attacked. The guy is still in serious condition with numerous injuries, doctors are trying to be very careful in their predictions. But there is reason to hope that he will recover, ”Vladimir Zelensky said.

Yuri, who at the time of the attack was 14 years old (now he is 15), like his friends, tried to escape from the attackers, but fell. About 10 attackers beat him and used reinforcement.

On the video from the surveillance cameras, which is distributed on social networks, it is noticeable that all the attackers are involved in beating the guy (link 18+).

“Ten figures in hoods and masks, who are grouped around the young man, are curled up on the ground, hitting him with their fists and feet. One of them uses an object, a hammer or a large wrench, and delivers four blows to the body and head. Then the gang ran away. The guy is lying on the ground, he has stopped moving, ”- describes the footage seen by the publication Le Monde.

The teenager's mother Natalia Kruchenik told the BFMTV channel in what condition the boy was taken by the doctors: “They broke his skull, broke his arm, fingers, ribs”.

After the guy was taken to the hospital, he was put into an artificial coma.

“The Ukrainian state will do everything to ensure that Yuri and his family receive the necessary assistance, and the investigation - the necessary incentives,” Zelensky promised.

In France, an attack in the center of the capital provoked outrage and calls to send the attackers to jail.

“Attack of incredible savagery. The investigation must shed light on the facts and bring to justice those responsible for this heinous act, ”said French Interior Minister Gerald Darmanen.

“I am extremely indignant at the incredible aggression against young Yuri. The perpetrators must be found and brought to justice. All my support - to the guy and his family, ”- wrote on Twitter the mayor of Paris, Anne Hidalgo.

On the subject: 'Welcome to Hell': Ukrainian teacher talks about torture in captivity 'DNR'

“Vile attack on a schoolboy by a gang of scum. It is necessary to restore order: harsh sentences to the attackers, stopping social payments for families. I hope with all my heart that this guy will come out of his coma without complications, ”wrote French Gaullist politician Nicolas Dupont-Aignan on Facebook.

“Unbearable shots. Strength to you, Yuri, get well, ”- wrote the forward of the French national team Griezmann on Twitter.

“The brutal attack by a gang in Paris on 15-year-old Yuri has sparked national controversy,” writes Le Monde.

According to the publication, Yuri is a student at the Guillaume Apollinaire College in Paris. He plays basketball at the Athletic sports club on the outskirts of the capital Boulogne-Billancourt and is described as a “diligent student”. After the attack, the guy turned 15 years old.

The publication describes how the victim's mother, Natalya, pasted up posters in the area of ​​the attack for a week, calling on possible witnesses to the crime to provide details. On January 22, an anonymous Twitter account posted a video of the attack and in two days the number of views exceeded 4 million. A number of politicians and French celebrities expressed outrage.

In the French media, the case sparked discussion of the rise in criminalization among young people in France. Right-wing publications such as Les Valeurs Actuelles write about the failure of multiculturalism.

The French television channel BFM TV reports that a feud between two gangs is currently at the center of the investigation. According to the TV channel, Yuri's friends were attacked by a gang that came from the city of Vanves, located about 6 km from the center of Paris. Some of the witnesses heard the attackers shouting “It's us, Vanves”.

According to one of the versions, earlier a gang member from Vanves could have been beaten in the Bogrenelle area, and his friends came to take revenge on the local group. At the same time, the TV channel notes that there is no information about Yuri's belonging to a local group in the Bogrenel region. He is described as a teenager who had no trouble with the law. Investigators have yet to say if he is an accidental victim of a feud between the two factions.

Yuri's cousin told the TV channel that they “wanted to kill” the guy. Not a single person has been detained in the case yet.

What's with the guy?

Monday morning, January 25, Natalia Kruchenik reported on Instagram : “Yuri is better today. We are grateful to you for your support and prayers ”.

The mother told BFM TV that the boy woke up over the weekend and opened his eyes.

“Today he wakes up, he tries to speak,” said the mother.

On January 26, the young man underwent another operation. According to the mother, the awakening was difficult, but she believes that everything will be fine and thanks everyone for their support.

In California, uninvited guests beat the groom to death during a wedding party