Home Page In the U.S. Declassified files: how trained CIA pigeons and dolphins spied on the USSR

The CIA has declassified details of its Cold War spy missions that used pigeons. They were trained to take part in secret missions to photograph secret objects in the USSR. Writes about it with the BBC. 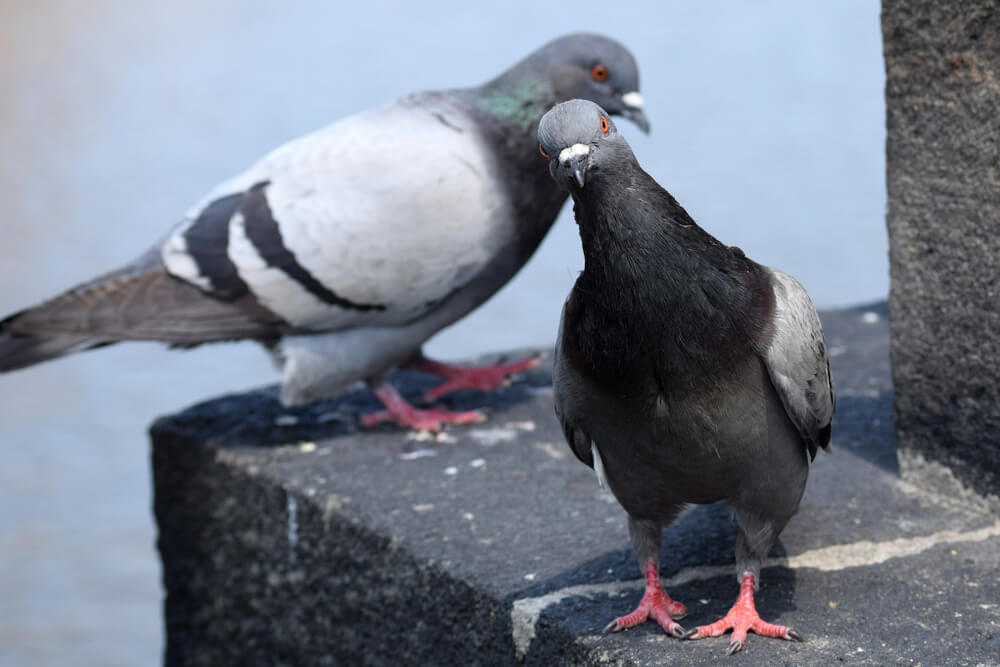 Declassified documents also state that the raven was used to drop listening devices on window sills, and dolphins were prepared for underwater missions.

The CIA believed that animals and birds could perform the unique tasks of clandestine operations.

The CIA headquarters in Langley, Virginia houses a museum that is closed to the public. It has a model of a dove with a camera tied to it, as reported by journalists who managed to get into the museum.

Details of the CIA's spy missions involving pigeons have been classified until recently.

These documents are now available. They say that in the 1970s, as part of an operation codenamed Tacana, pigeons were used with tiny cameras attached to them to automatically photograph secret objects in the Soviet Union.

In this they were helped by the amazing ability of these inconspicuous birds - almost superpower. It consists in the fact that even if they are thrown to a place where they have never been, the pigeons will still find their way home - even hundreds of kilometers away.

On the subject: American spy who left the Kremlin: what is known about Oleg Smolenkov

The use of pigeons for messaging dates back thousands of years, but it was during the First World War that they were used for gathering intelligence.

During World War II, a little-known branch of British intelligence, MI14 (d), had a secret pigeon service that dropped birds in a container with a parachute over occupied Europe. A questionnaire was attached to each pigeon. More than 1000 birds returned with messages that included details of V1 missile launch sites and German radar stations, among other things.

One report from a resistance group called Leopold Vindictive had a 12-page intelligence report left directly to Churchill. After the war, a special so-called pigeon subcommittee of the UK's Joint Intelligence Committee considered options for the Cold War. But while British operations were largely halted, the CIA continued to use pigeons.

Operation Tacana was the result of work carried out in the 1960s that explored various animals. The documents show that CIA specialists taught the ravens to deliver and pick up small items weighing up to 40 grams from the windowsills of inaccessible buildings.

A flashing red laser beam was used to indicate the target, and a special lamp showed the bird the way back. Once in Europe, CIA agents secretly delivered listening devices to the windowsill with the help of birds (although they did not succeed in making the planned audio recording with their help).

On the subject: How the USSR special services suspected and watched him as an American writer of a “collective farm spy”

The CIA also considered the possibility of using migratory birds to place sensors that would help determine if the Soviet Union was testing chemical weapons. It appears that there have also been trials of electrical stimulation of the brains of dogs to control them from a distance, although many details about these programs are still classified.

In addition, there was an operation called Acoustic Kitty, which involved placing listening devices inside cats.

Declassified documents show that in the 1960s, the CIA considered using dolphins to “enter harbors” - with or without humans. One of the problems was transferring control of the dolphin from the trainer who worked with the animal to the operational officer.

On the island of Key West, Florida, a team of researchers tried to use dolphins for underwater attacks on enemy ships. They also conducted tests to find out if these sea inhabitants could carry sensors to record the sounds of Soviet nuclear submarines, look for traces of radioactive or biological weapons from neighboring objects.

On the subject: Russian spy for more than 10 years worked in the US Embassy in Moscow

It was also considered the possibility of using dolphins to deliver and collect packages from ships during the voyage.

Until 1967, the CIA spent more than $ 600 on three programs — Oxygas with dolphins, Axiolite — with birds, and Kechel — with dogs and cats.

One of the documents describes the details of the training of the Canadian falcons, and then mentions that there were attempts to use the cockatoo before. “We have no idea how these pets can be used,” the document says.

In the end, the pigeons proved effective, and by the mid-1970s, CIA agents conducted a series of test missions - one over a prison and the other over a military shipyard in Washington.

The camera cost $ 2000 and weighed only 35 grams, and the mounts were less than 5 grams. Tests showed that about half of the 140 images were of good quality, showing people and parked cars clearly.

The experts found that the quality of these photos was better than the images taken by the then spy satellites. The tests also raised some concerns, in particular that camera pigeons might find civilians and conclude that the government was spying on its own citizens. Because of this, it was necessary to carefully plan how it would be possible to hide the truth.

On the subject: 'Spy, get out': five high-profile stories exposing Russian spies in the US

The pigeons were planned to be used against "priority" intelligence targets in the Soviet Union. The documents say that they wanted to secretly send the birds to Moscow. The CIA considered many ways to release them, such as from under a thick coat or a hole in the floor of a parked car.

They even considered the possibility of releasing pigeons from the window of a car moving at speeds up to 80 km / h. The plan was to do this a few kilometers from the target, over which the birds had to fly before returning to the place that they had been taught to consider home.

The document from September 1976 refers to the chosen target - a shipyard in Leningrad, where modern Soviet submarines were built.

At that time it was decided that the operation looked feasible. But it is at this point that declassified documents end.

How many actual missions did spy pigeons complete and what intelligence did they collect? This is still a mystery.

Recall a student from Arkansas stated that the real birds no longer exist... Each bird is now a spy drone that CIA agents use to track the inhabitants of North America. Other governments have similar programs. And they all pursue one goal - total control. For this, the American agency destroyed billions of birds in the late 1950s.

Phones listen to the conversations of the owners: is this really so

Top secret: how an American handed over nuclear secrets to the USSR and did not pay for it