Extremism experts warn of an alarming shift in the right-wing QAnon movement towards a new conspiracy that combines anti-Chinese and anti-Jewish imagery with fear of vaccines and a global conspiracy to take over the world. Writes about it Yahoo. 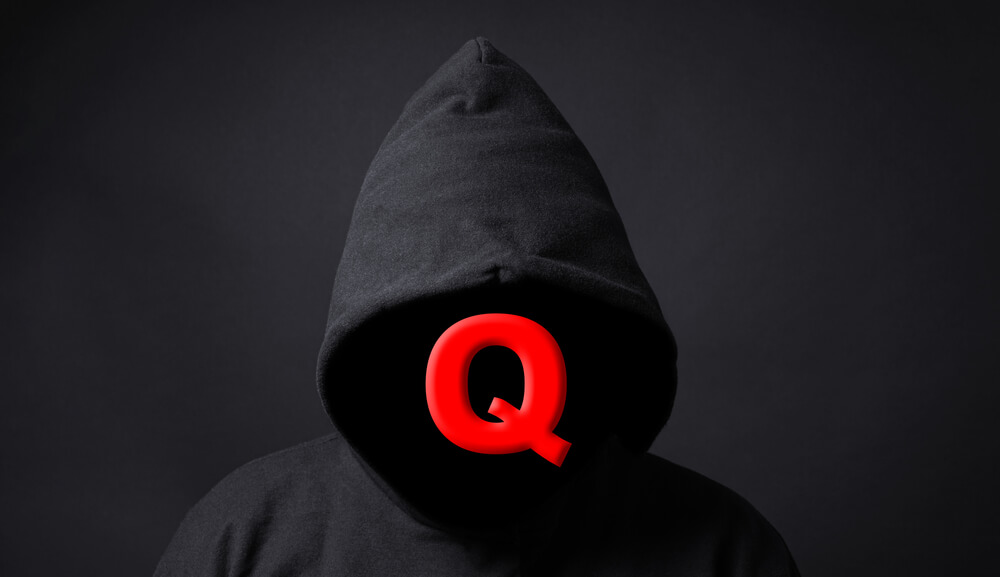 According to researcher Joel Finkelstein, director of the Networked Infection Research Institute at Rutgers University, this is a rebranding of QAnon, broadly summarized under the idea of ​​a "new world order."

The movement spread false statements ahead of the election and in subsequent attempts to keep former President Trump in power, even after he lost to Joe Biden. Finkelstein and others said the shift and emphasis on suspicion towards Asians and Jews could lead to more violence.

“This is what I'm worried about,” said Cynthia Miller-Idriss, professor at the American University in Washington, DC, who runs the Polarization and Extremism Research and Innovation Lab. "Individuals who are either unstable or radicalized during the pandemic."

At the start of the coronavirus shutdown, Finkelstein said, much of the racial conspiracy dialogue centered around the virus originating in China and included "loathing" for Asians, with leaders, including Trump, insisting on calling it "the Chinese flu. ".

After the elections, anti-Asian sentiment was replaced by concerns about world domination, in particular the overthrow of governments by communists backed by the Jewish people who allegedly control wealth. President Biden is seen as a pawn of these elites.

“The last round seems to be motivated by political dominance,” Finkelstein said. "There is a huge part of this that China is taking on."

“They are uniting under the gigantic umbrella of a common enemy. Sometimes they are Jews. Sometimes it's Asians, usually it's the government, ”Finkelstein said. "What happens is that they fish out different problems in order to cause violence."

In the aftermath of the November elections, Finkelstein, Miller-Idriss and other extremist trackers noticed a shift in the memes and codewords used by the conspirators. They seem to have seized on a long-standing fear that tumultuous human events such as the pandemic and subsequent blockages are part of a master plan to subdue the masses and replace the rule of law with totalitarian rule of the few.

Those who study extremism say it signals that lies, racism, and propaganda in American politics will continue to be valid.

It is a “great distrust of government and authority,” which allows for “a multitude of followers, often with common fears and grievances, but not necessarily more specific types of similarities,” said Brian Levin, professor of criminal justice and director of the Center for the Study of Hate and Extremism at California State University. University of San Bernardino.

“QAnon is like the tail of a newt. He can constantly regenerate himself, ”Levin said.

The QAnon reboot is "new words for old terms that have been around for quite some time," said Jason Blazakis, professor at the Middlebury Institute for International Studies and director of its Center for Extremism and Counter Terrorism.

Globalist paranoia dates back to the 1960s and is rooted in anti-Semitic ideas rooted in the past. The conspiracy network gained traction in the 1990s after then President George W. Bush used the term "new world order" in a speech about the fall of Soviet communism, fueling concerns about over-government influence, loss of freedom and gun rights. Whereas earlier conspiracy theorists viewed Russia as an enemy, they were suddenly left without an attacker. According to Levin, they have filled this void with an evil clique of the world.

Fears of dark forces operating out of sight have been reused in QAnon plots from the start in 2017, when an anonymous poster known as Q began offering cryptic reports of government secret agents working against Trump. But QAnon quickly turned into a concrete movement.

Levin said that conspiratorial politics is growing not only nationally but also in the states. Finkelstein's group recently discovered that Southern California is "the hottest hotspot" when it comes to such a conspiracy.

The reasons some Southern Californians have seized on the rhetoric of a new world order are complex. Finkelstein's organization has found a correlation between high-activity places (like Black Lives Matter) and what he calls opposition in the form of mask and blockage rallies - a mixture that is fueling new world order activity on the Internet. Los Angeles County had the most protests of both types, followed by San Diego and Orange County.

Mia Bloom, professor of communications at Georgia State University and QAnon expert, also noted that Southern California is a breeding ground for a “wellness” culture where anti-vaccination sentiments have found a foothold. Conspiracy theories took to Instagram last summer, she said, which attracted women previously more interested in the lifestyle.

Levin, Blazakis and others have said that no matter why they are entrenched, theories of a new world order are likely to play a role if the state holds an election this fall to recall Governor Gavin Newsom. Newsom is already featured in the testimonial memes that portray him as a "puppet" of the Chinese Communist Party and an accomplice in a global coup. At rallies, he was portrayed as Hitler and called a tyrant.

Supporters posted memes on social media depicting Newsom with House Speaker Nancy Pelosi (Democrat from San Francisco) with the caption "Satan on nuclear power." A commentator on the official Facebook testimonial page called Newsom an "idiot communist" and the organizer of the testimonial recently wrote about the Beijing Biden.

According to Miller-Idriss, such propaganda is dangerous not only in California, but throughout the country. In addition to the January Capitol uprising, QAnon adherents have been implicated in more than a dozen acts of violence in the United States, and hate crimes against Asian Americans have skyrocketed. As viral restrictions ease, the pent-up heat of online politics is likely to spill out elsewhere.

“It's not just a prospect,” Miller-Idriss said. - This is reality".

Republican congresswoman pissed off Democrats and Jews in the United States: what she did