Home Educational program Five US Employment Laws Everyone Should Know

Millions of young people attend college every year. Most students hope to get more job opportunities in the future. In addition, millions of immigrants come to the United States in search of a better life. And they all need one thing - work. What you need to know about employment and the laws that govern it CNBC. 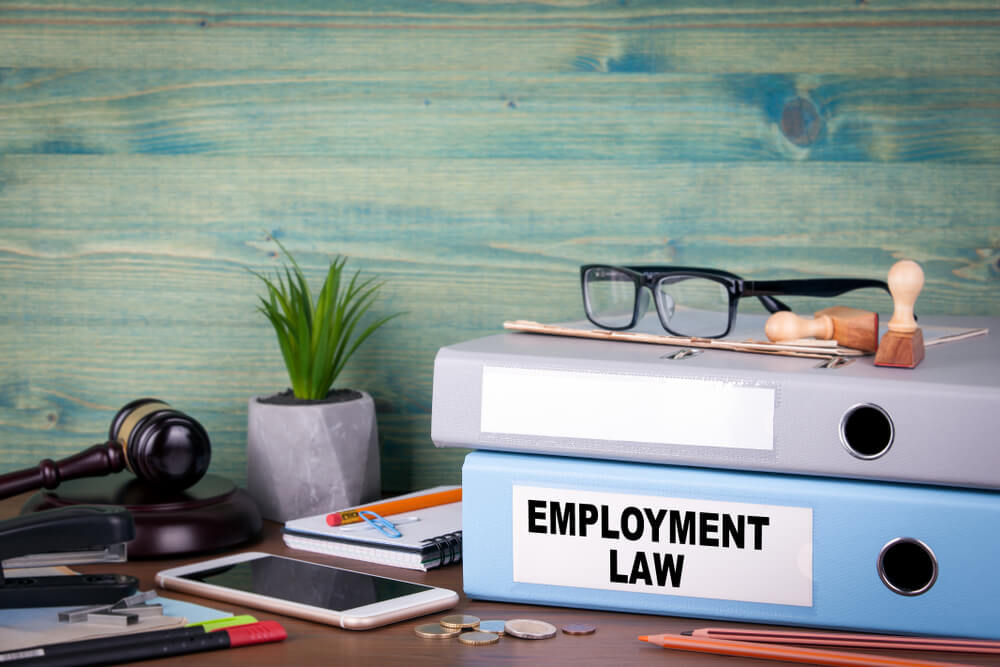 If you're one of the recent graduates or looking for a new job, it's helpful to have some understanding of the laws and how the system works. In part, the labor market is governed by laws designed to protect you, the employee, from the various types of predatory or abusive behavior you may encounter. Laws enforce what you are entitled to.

“In the United States, workers have fewer rights than in many other countries,” says Kimberly Phillips-Fein, professor of history at New York University. “But even the ones they have are very important.”

Depending on where you are in the country, different states and cities have different requirements for employers. But at the federal level, there are laws that almost all employers must comply with. These laws are nuanced and complex in terms of who they apply to: for example, some employers of full-time students or people with disabilities may be exempted from paying them the full minimum wage.

Here is an overview of several federal labor and employment laws you should be aware of.

The law establishes a minimum wage

One of the largest national employment policies is the Fair Labor Standards Act (FLSA), which was signed into law by President Franklin Roosevelt in 1938. Since then, it has been repeatedly modified and updated. According to the Department of Labor, more than 143 million American workers are protected by the FLSA.

On the subject: We all move to the US with the perfect plan, but it never works: what usually goes wrong in immigration

First, since 2009, the law has set a minimum wage of $7,25 an hour. States and cities across the country set their own minimum wage. For example, the minimum wage in Delaware is $10,50 an hour, while in Washington State it is $14,49 an hour. But nationwide, most employers are not allowed to pay you less than $7,25 an hour.

Tipped workers are exempt, as are many waiters and bartenders. Instead, they are covered by the federal minimum wage of $2,13 an hour.

The law provides, among other things, that some workers who work more than 40 hours in a seven-day period must be given overtime pay equal to one and a half times their regular rate for any additional hours.

Hourly workers are paid according to the hours worked, while salaried employees are paid a fixed amount as full-time employees.

Under the FLSA, says Phillips-Fein, employers are required to keep records of employees' hours and wages "to make sure your rights are respected." The law also establishes child labor regulations for any worker under the age of 18.

While the FLSA applies to many workers, whether they work in the private or public sector, it still does not apply to everyone. For example, independent contractors are not subject to the law.

Federal policy covers workplace health and safety, sick leave, and discrimination. Here are some other important laws to be aware of:

According to Phillips-Fain, National Labor Relations Act (NLRA) "gives people the right to organize unions" in the private sector. This gives you "the right to talk about problems at work" and also to share your paycheck with your co-workers.

Family Leave and Sick Leave Act (FMLA) grants certain workers (e.g., private sector companies with 50 or more employees, state or local authorities) 12 weeks of "unpaid leave with the job" in connection with the birth of a child, caring for a spouse with a serious health condition, or the worker's own health condition .

The Department of Labor enforces the FLSA, OSHA, and FMLA, the National Labor Relations Board enforces the NLRA, and the Equal Employment Opportunity Commission enforces the Civil Rights Act. Each agency's website has instructions on how to file a complaint if you believe your rights have been violated.

When you enter the job market, the employer-employee relationship can sometimes seem intimidating.

“These laws are in some way aimed at finding a way to help balance unequal relationships,” Phillips-Fein concluded.

In the United States, a cure for cancer has been developed, on which scientists have high hopes: it has been created for more than 25 years

If you had COVID-19, you got immunity from coronavirus for life: new study

The predator next door: 6 types of wild cats in the US that you can meet while walking