Home In the U.S. 'Putin sanctioned personally': US intelligence announced Russian interference in the 2020 elections

ELECTION OF THE US PRESIDENT
Irina Schiller

Russia tried to influence the outcome of the 2020 US presidential elections, but in reality it failed to change anything. Such conclusions follow from the declassified report of the US National Intelligence, writes Air force. 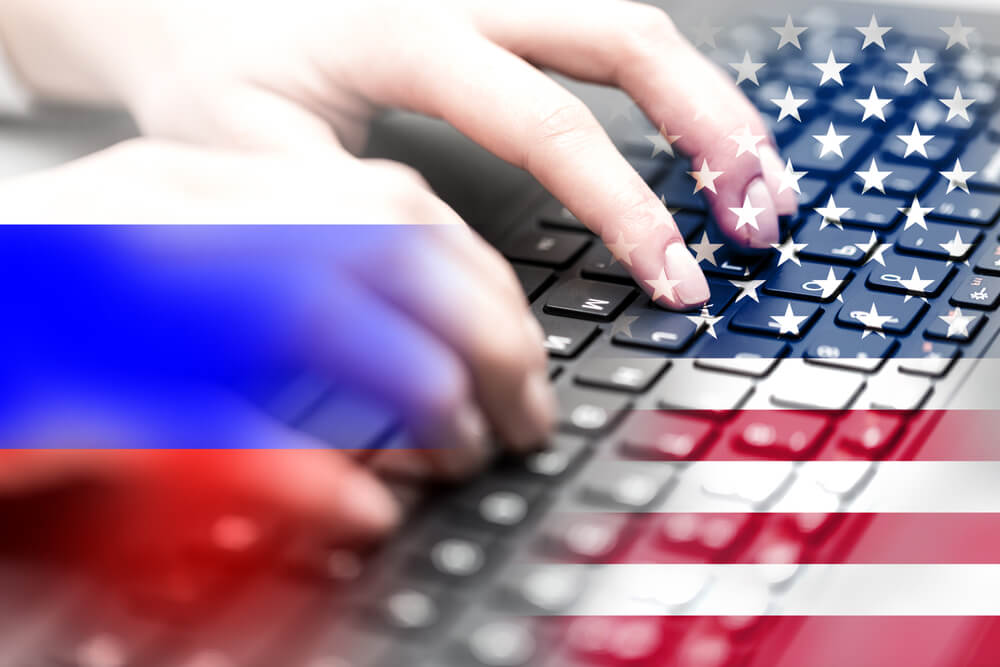 At the same time in document the Ukrainian deputy Andriy Derkach appears, but the authors believe that the actions were led by the Russians.

In addition to the Russian Federation, Iran and China are also mentioned there, but the intelligence officers add that at the same time not a single foreign state has tried to rig votes, forge ballots or make any changes to the results.

Media reports that the United States will announce new sanctions against Russia next week.

The Russian embassy in Washington has traditionally called the accusations unfounded.

Russia, according to the authors of the report, unlike the victorious year for Donald Trump in 2016, in 2020 did not try to hack the voter registration and ballot accounting systems, but spread disinformation in order to increase Trump's chances of re-election.

An unclassified report from the Office of the Director of National Intelligence claims the efforts were aimed at creating discord and heightening tensions in the United States, notes "Voice of America".

Although the report does not name specific names, the talk, according to the New York Times, appears to be primarily about the former personal lawyer of Trump Rudolph Giuliani, who did his best to develop the topic of possible corruption, in which the Biden family was involved in Ukraine.

"Russian officials, as well as third parties acting in the interests of the Kremlin, have purposefully worked to change American public opinion," the document says.

Russian President Vladimir Putin "knew and probably directed" the operation to damage Biden and support Trump, and in this his behavior was similar to his actions during the 2016 elections, the report summarizes.

According to the document, the operations were "aimed at belittling the candidacy of President Biden and the Democratic Party, supporting former President Trump, undermining public confidence in the electoral process and exacerbating socio-political divisions in the United States."

The report notes that these plans were carried out "by a number of Russian government organizations."

On the subject: 'Putin is a killer and he will pay': Biden's big interview on politics, vaccinations and migrants

It also mentions the meeting of the Ukrainian deputy Andrei Derkach, who, in Russia's interests, tried to influence the election campaign, with Trump's lawyer Rudolph Giuliani.

Derkach's actions were "controlled" by Putin, the report directly states.

In addition, the report said Iran was conducting a multi-pronged covert influence operation to lower Trump's chances of re-election, but did not directly promote his rivals.

These efforts were supported by Iran's Supreme Leader Ayatollah Ali Khamenei and were carried out through Iran's military and intelligence structures, which used open and secret channels of information dissemination and conducted operations, the report said.

Democrats were quick to comment on these findings. Senator Mark Warner, who chairs the Senate Intelligence Committee, indicated that Russia was "making a real effort" to meddle in elections in both 2020 and 2016.

"This report highlights the ongoing and persistent attempts by our opponents to influence our elections, which all Americans should know about," Warner said. "Russia, in particular, made real efforts, not only in 2020, but, as we all remember, in 2016, to influence the election results."

According to CNN, the White House will announce new sanctions against Russia next week.

The Kremlin considers the accusations of the American intelligence service against Moscow to be groundless, said the presidential press secretary Dmitry Peskov. Writes about it "RIA News".

“We disagree with the findings of this report regarding our country. Russia did not interfere in the previous elections, nor did it interfere in the elections mentioned in this report in 2020. Russia has nothing to do with any campaigns against any of the candidates. In this regard, we consider this report to be incorrect. It is absolutely groundless and unsubstantiated, ”Peskov told reporters.

In his opinion, this can be regarded as a reason to put the issue of new sanctions on the agenda.

“This line harms the already ailing Russian-American relations. And, of course, such a line is far from conducive to at least some efforts, the manifestation of at least some political will to normalize these relations, ”he concluded.

At the same time, the US intelligence report largely echoes what was widely reported a year ago: in 2020, no foreign power tried to wage a large-scale campaign to influence American voters as in 2016.

Then, according to the US intelligence services, Russia carried out a hacker attack on the e-mail box of the Democratic Party and spread information on social networks, splitting the American society.

The report also mentions China, which, according to American analysts, was initially going to influence the outcome of the elections, but then decided that such attempts would be futile and could lead to negative consequences for Beijing.

According to CNN, which cites anonymous White House sources, Iran is also facing sanctions for meddling in elections.

Commenting on the report, a Biden administration official, who asked to remain anonymous, said the president had "made it clear" that the United States would respond to Russia's destabilizing actions.

“You have already seen that we have taken a number of actions in response to Russia's use of chemical weapons in the attempted assassination of Alexei Navalny,” said a CNN source. "More to come soon."

Some of this information was made public ahead of last year's elections.

This suggests, according to the New York Times, that the intelligence community learned from the experience of 2016, when a reluctance to disclose intelligence fueled disinformation campaigns.

The American press pays considerable attention to the topic of the “Russian threat”.

“The Russian authorities are seeking to undermine our credibility and regain their status as a world power through a government strategy that includes information pressure, economic manipulation and the threat of the use of military force,” said Glen Vanherk, head of the North American Aerospace Defense Command and the US Northern Command.

He is quoted in an article entitled “Russia Remains the Top Threat to the United States” by Blomberg.

In his report to the US Senate Armed Services Committee, the general indicates that Russia is constantly making military forays to the borders of North America.

Glen Vanherk notes that in the past year, the United States and Canada recorded more flights of Russian military equipment off the coast of Alaska than at any time since the end of the Cold War.

According to Glen Vanherk, the frequent presence of heavy bombers, anti-submarine aircraft and platforms that collect intelligence information in Alaska shows "both the military power of Russia and the fact that they are practicing potential strikes against our homeland."

On Tuesday, March 16, the UK also published a foreign policy report, where Russia and China were named countries that pose a serious threat to security.

To counter these threats, the UK wants to build up its nuclear potential and increase the number of nuclear warheads by 40% (from 180 to 260).