Home At home Putin filed a declaration: how much does the president of Russia earn

Putin filed a declaration: how much does the president of Russia earn

Putin and administration officials filed income statements for 2018 a year. 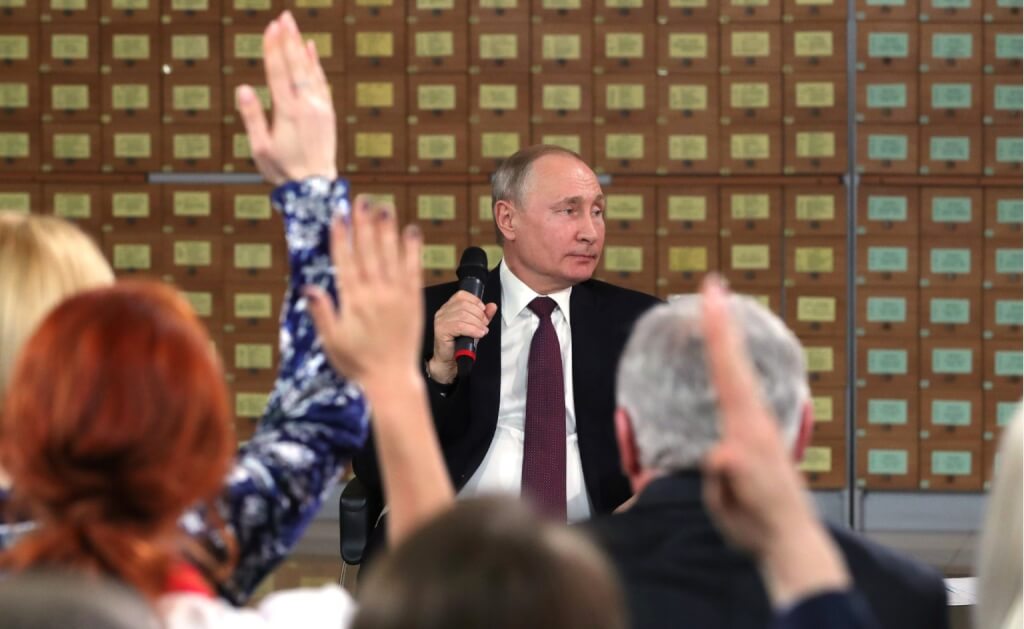 Photo Shoot: The official site of the Kremlin/kremlin.ru

Vladimir Putin filed income statements for the past year, the Kremlin reported. The income of the President of Russia in 2017 amounted to 18,7 million rubles ($ 287 592), having doubled to the previous year due to the sale of real estate. He also wants to know what Putin’s revenues are, and the United States Congress, who commissioned its intelligence to find sources and amounts of funds from the Russian president, writes “Gazeta.ru.

“Everyone filed. We will publish it in the timeframe established by the law, ”RIA Novosti quotes Peskov.

Before the presidential campaign, Putin reported to the CEC on his income for 6 years. The report sent to the CEC in February last year said that Putin for 2011 – 2016 had received income in the amount of 38,5 million rubles ($ 587 079).

Sources of income were the presidential salary, deposits in banks and military pension. Before the elections in 2012, Putin reported a four-year income of 17,7 million rubles ($ 269 903).

The information on the securities owned by Putin has not changed either: 230 shares of Bank Saint Petersburg and the list of vehicles declared by him (two GAZ М21 1960-s, VAZ 2121 2009 of the year and trailer Skif).

In comparison, for example, with the LDPR leader Vladimir Zhirinovsky, who is a frequenter of the presidential race, Putin’s income looks modest. Zhirinovsky before the elections reported on income in 98 million rubles ($ 1 494 383).

US intelligence is digging under Putin

At the beginning of 2019, a spokesman for Peskov said that Putin received a salary and military pension. These funds are transferred to the card of the bank under sanctions - the bank "Russia".

They also want to know what income the Russian president has in the US House of Representatives. On March 13, the Chamber approved a bill obliging the Director of National Intelligence to disclose information on the income and property of Russian President Vladimir Putin. The authors of the legislative initiative are members of the House of Representatives Val Deming (Democrat from the State of Florida) and Eliza Stefanic (Republican from the State of New York).

The director of the United States National Intelligence should prepare a report within six months. The “Law on transparency in relation to Vladimir Putin” prescribes the head of the National Intelligence Service to include in the report “known sources of income” of the Russian leader. The bill proposes to disclose information about the income of the president and his family both in Russia and abroad, including assets, investments, bank accounts, real estate.

The agency should focus on finding “dummy” or intermediary structures, with the help of which Vladimir Putin allegedly hides any information.

In addition, the intelligence report should disclose the incomes of officials and businessmen - “the most significant Russian high-ranking politicians and oligarchs” who are Putin’s supporters. If approved by the Senate, the document will lay on the table for US President Donald Trump.

At the end of February, Vladimir Putin’s report on the incomes of his press secretary, Dmitry Peskov, called it “Russophobic attempts” and urged not to take it seriously.

“We see that recently the legislators of the United States of America prefer to deal a lot with the problems of the Russian Federation, the head of state, and other high-ranking officials. Honestly, do they have few worries? But, nevertheless, apparently, they see their work in this, ”said Peskov.

The Federation Council considered the preparation of a report on Putin’s income and assets as an attempt to exert psychological pressure on Russia. "Turning Russia into a pariah will not work with all the desire," said Oleg Morozov, a member of the international committee of the Federation Council.

How to save in New York on transport and entertainment

5 sites where you pay for participating in surveys