Home Page In the U.S. Biden and Putin agreed to meet: named time and place

Biden and Putin agreed to meet: named time and place 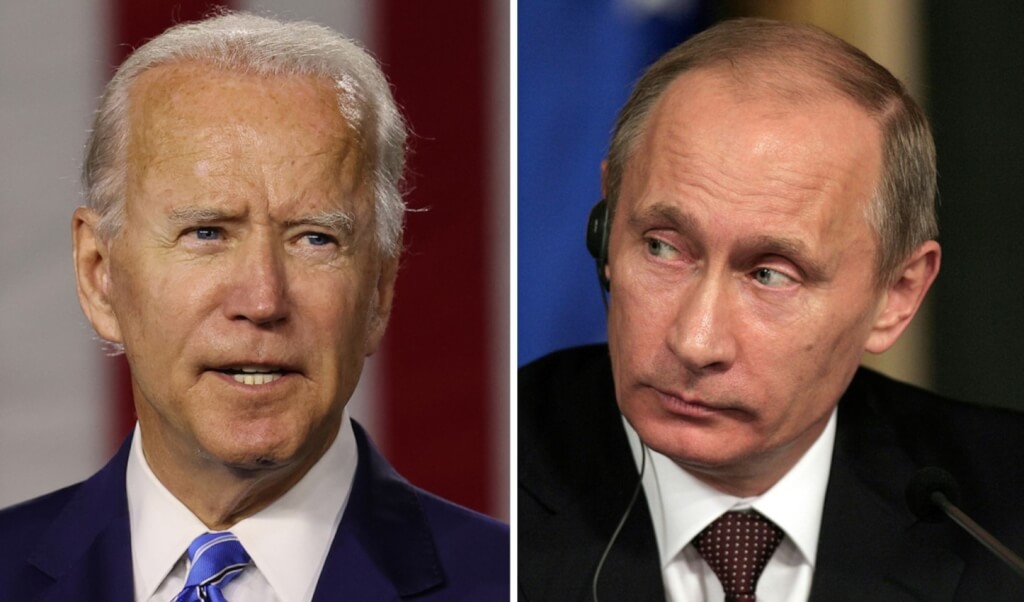 “In accordance with the agreement reached, Russian President Vladimir Putin will hold talks with President of the United States of America Joseph Biden in Geneva on June 16,” the Kremlin said in a statement.

The parties will discuss issues of strategic stability, the fight against the pandemic, the international agenda and regional conflicts.

"The details have yet to be agreed upon," said Putin's spokesman Dmitry Peskov, answering the question of how long the talks are scheduled for, whether journalists will be present at the meeting and whether there will be a press conference following the results.

On the subject: Russia officially recognized the United States as a 'unfriendly country': what it means and who else is on the list

“The leaders will discuss the full range of pressing issues as we strive to restore predictability and stability in the US-Russia relationship,” the White House said in a statement.

Biden suggested to Putin meet on the territory of a third country in the middle of April. The Kremlin then did not specify whether Moscow would accept the offer of a personal meeting.

Earlier in March of this year, Biden answered in the affirmative to a journalist's question about does he think Putin is a murderer... The president added that Putin will "pay the price" for Russia's attempts to interfere in the American elections.

In response, the Kremlin recalled its ambassador to the United States for the first time in more than 20 years. Then the Russian Foreign Ministry recommended the US Ambassador John Sullivan go to Washington “For consultation”. Sullivan is still there.

Putin, in response to Biden's words, said that "whoever calls his name is called that." At the same time, he said that he was ready to talk with the President of the United States.

“I would not put it on the back burner ... We are ready at any time convenient for the American side,” he said. He also proposed to conduct live televised debates.

In April, US President Joe Biden imposed new sanctions on Russia, claiming it was a response to cyberattacks and attempts to interfere in the 2020 presidential election. After that, Washington and Moscow announced the expulsion of diplomats.

'The best master of the country': a Stalin Center is being built in Russia, publicly rehabilitating the dictator