Home At home Protests in Belarus continue: EU and US plan to impose new sanctions against Minsk

The European Union and the United States announced that the presidential elections in Belarus on August 9, in which the incumbent President Alexander Lukashenko was declared the winner, was neither free nor fair. Writes about it "Voice of America". 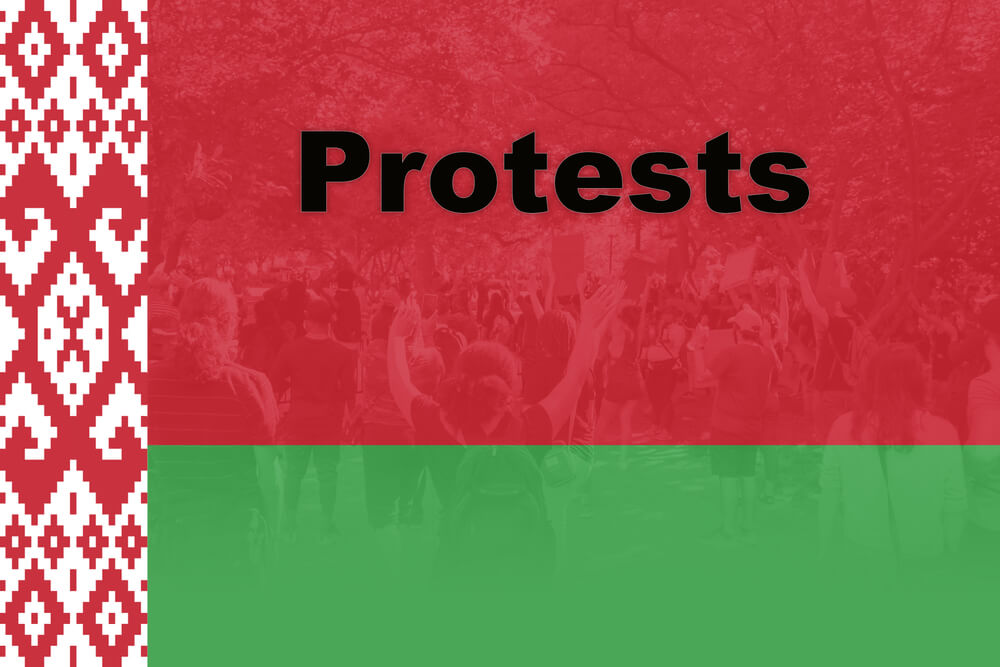 Brussels and Washington say they are considering the possibility of new sanctions against Belarusian officials.

“The state authorities used disproportionate and unacceptable violence, causing at least one death and many injuries. Thousands of people have been detained, and restrictions on the rights of assembly, freedom of speech and the press have increased, ”said a statement released on August 11 on behalf of the European Union.

The EU calls for the immediate release of the detainees and points out that the elections in Belarus did not meet the requirements that the member states of the Organization for Security and Cooperation in Europe commit to comply with.

The EU sanctions, the statement said, "may include, among other things, measures against those responsible for the violence we are witnessing, for unjustified arrests and for falsifying election results."

The chief representative of the US State Department, George Kent, noted on Tuesday, August 11, that Washington already has a number of existing sanctions against the Belarusian authorities, but now the relevant American officials are to decide on possible new sanctions.

“We have never lifted all the previously imposed sanctions. The sanctions against President Lukashenko remain. And in terms of our possible reaction to the events of the last two days, we can look at the role of certain persons: the chairman of the Central Election Commission about what looks like signs of massive falsifications, the head of the special police force - OMON, and other authorities, "said George Kent under time to discuss the situation in Belarus.

"The European Union has a wide choice because they lifted all the 2016 sanctions," the American official said.

George Kent also spoke about the need not only for sanctions, but also for attempts to help change the situation in Belarus, while preserving the possibility of dialogue with Minsk.

“There are no easy answers to this very difficult situation,” Kent said, comparing the current events in Belarus with the Ukrainian protests on Maidan Nezalezhnosti in Kiev in 2013-2014.

What is happening in Belarus now

Protests in Minsk moved from the city center, which was almost completely blocked by the security forces, to the outskirts - to the Kamennaya Gorka, Serebryanka and Uruchye microdistricts, as well as to Dzerzhinsky and Rokossovsky avenues, writes with the BBC.

In some places, the protesters tried to build barricades, but they were immediately destroyed by riot police and carried out harsh detentions.

The law enforcers were especially active in the courtyards - they chased people and beat them with truncheons. At people who were shouting to the security forces from the balconies, they sometimes started shooting with rubber bullets.

Thousands of people have already been detained in protests across the country, including several dozen journalists.

On Tuesday, Maksim Solopov, a special correspondent for Meduza, was released from the prison in Minsk - nothing was known about his fate for almost two days.

Also, reports began to appear that the security forces began to attack journalists working in Minsk: they were detained, beaten, their cameras were broken and flash drives with the footage were confiscated.

The BBC film crew was also attacked: a man in a black uniform without insignia demanded accreditation, after which he tore a card from the correspondent's neck, tore the camera out of his hands and tried to break it.

Two more BBC journalists tried to convince the security forces to return the accreditation card, in response, two of them began to beat the operator and hit his camera.

On the morning of August 12, access to the Internet was partially restored in Minsk - social networks, instant messengers and other resources started working, writes DW.

In Grodno, an armored jeep of the Belarusian security forces crashed into a car. A five-year-old girl was injured in the collision. Eyewitnesses saw a wrecked car and a woman covered in blood with a child in her arms. It is reported that they were taken to the hospital, and the child's father was detained.