Home Positive Lost dog lived in a cave in Missouri for two months: the story of a miraculous rescue

Jeff Bonert almost despaired of seeing his dog Abby again after she went missing in early June. Two months later, he received a call from a neighbor: people exploring a nearby cave in Missouri had found a dog, reports NowThisNews. 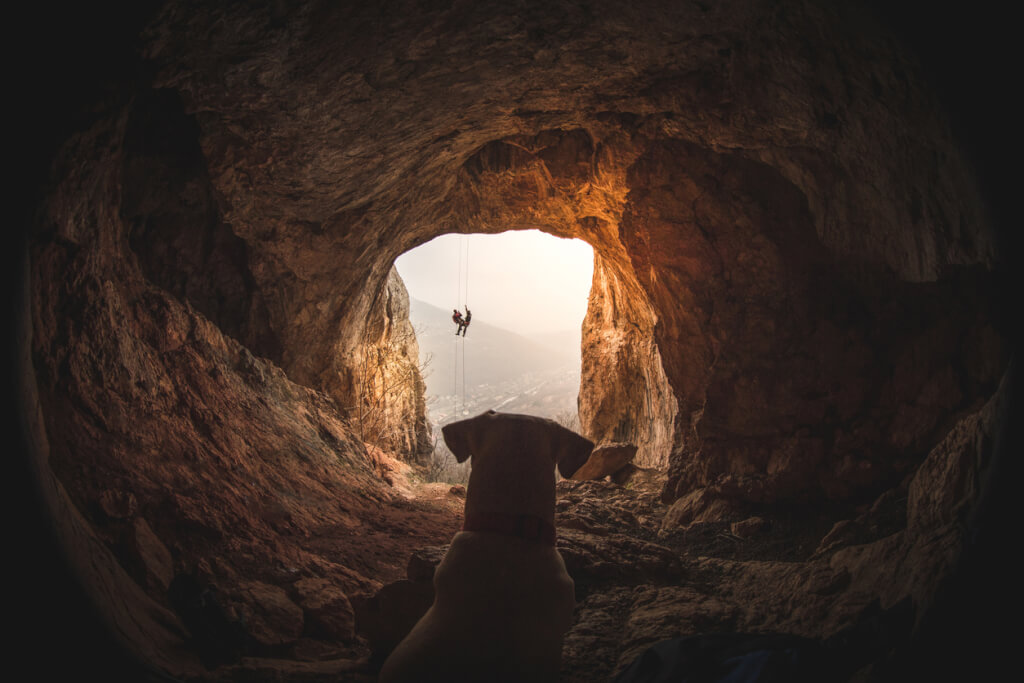 Bonert doubted if it was his dog, but he was still curious, and he went to a cave near his rural home in Missouri. It was then that he saw a picture taken by one of the rescuers.

What makes Abby's story all the more surprising is the fact that she will soon be 14 years old. However, somehow she managed to survive nearly 60 days alone, apparently most or all of that time in barren, pitch-black, 14-degree temperatures.

Bonert's other dog, Summer, does everything with Abby, including misbehaving.

On June 9, the couple ran away from home, Bonert recalls. It had happened before, and in rural areas near Perryville in eastern Missouri, it generally didn't matter much. The dogs ran through the fields, perhaps chasing someone, and then returned home.

On the subject: Video of a forester who found a drunken bear gorged on hallucinogenic honey became a hit on the Internet

When Bonert woke up the next morning, Summer was at home, but Abby was not.

“They never part,” he said. “I thought something bad had happened. I mean, she's old. She might just be overcome by the heat."

Bonert posted about his missing dog on Facebook, contacted neighbors and contacted the police, but no one saw Abby.

On August 6, Jerry Keene and five other adults, along with five children, had just entered Berom Moore Cave planning a day of exploration. One of the children ran ahead of the group and called back to his father, "There's a dog here."
"Their father said, 'No, no, this can't be,'" Keane said.

“She just lay curled up,” Keane recalled. She lifted her head and looked at us, but did not respond to verbal commands. She looked like she was almost dead."

Keene enlisted the help of another caver who happened to be there, Rick Haley. They knew that Abby would not be able to walk the estimated 150m to the entrance, especially since the road went through narrow passages and climbed a steep slope.

Hayley was trained in cave rescue and got a duffel bag and blanket out of his truck. They put the blanket in the bag, then the dog, who immediately felt better in the warm blanket after weeks of lying in the cold mud.

However, getting Abby out was difficult given her weakness.

“It was important that we didn’t treat her harshly,” Hailey said. “In rocky areas, through small passages, we carried it a short distance, lowered it in front of us, then went around it and kind of rearranged it forward.”

Shortly after he first found Abby, Keane briefly went to several houses nearby to see if any of the dogs were missing. One of the neighbors contacted Bonert, who lives close enough to the cave to be able to see it from his house.

Bonert went there, assuming it couldn't be Abby - how could a 13-year-old dog survive such an ordeal?

To his amazement, she did, and about an hour and a half after the rescue began, she was at home.

One of the rescuers gave Abby a piece of beef.

“She nearly bit off his finger,” Keane said. “Almost immediately, she began to revive.”

Bonert believes that Abby ended up in a cave by falling into a hole or a hidden entrance. Haley said there were paw prints all over the place, indicating that she was originally trying to get out.

After that, Hayley and Bonert believe that the dog lay down in a ball to live off its own fat.

“I think she was just immobilized,” Bonert said.

Abby usually weighs around 23 kilograms, Bonert said, but he suggested she lost half her weight in the cave. After the rescue, her weight returned, and she regained her voice, which she probably lost while calling for help.

She also wags her tail again, showing that all the bad things are over.