Home In the U.S. 'Something terrible has happened': leaders of three countries blame Iran for accidentally hitting a Ukrainian airliner

'Something terrible has happened': leaders of three countries blame Iran for accidentally hitting a Ukrainian airliner

US President Donald Trump said that he doubts that the Ukrainian Boeing 737, crashed in Iran, crashed due to technical problems. He was supported by the prime ministers of Canada and the United Kingdom. 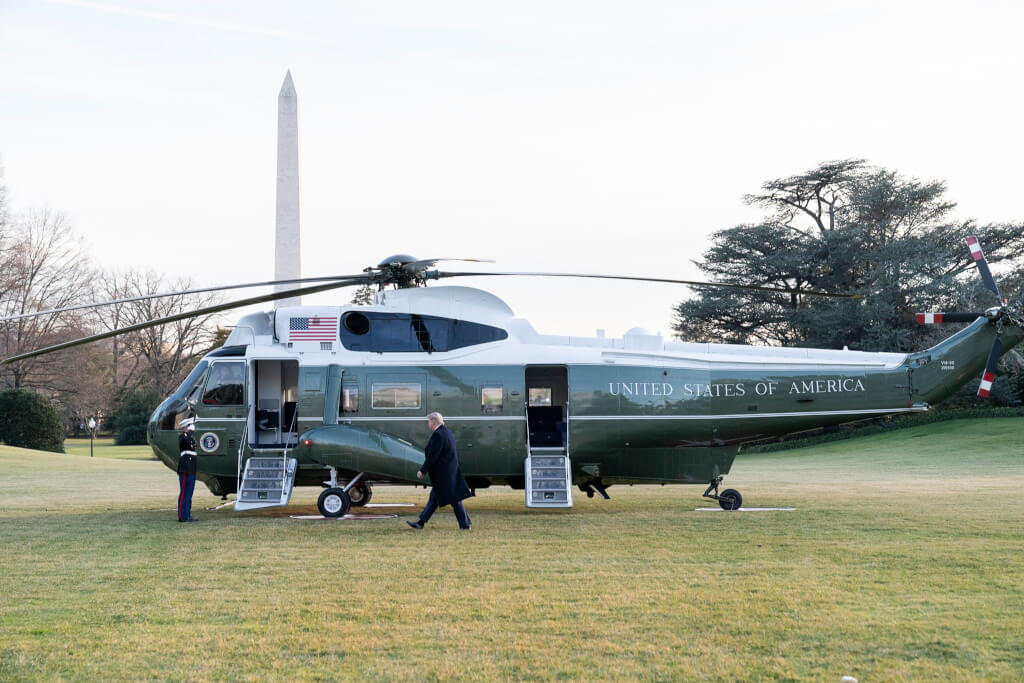 “Well, I have a suspicion. I do not want to say this, because other people have their own suspicions. Someone could have made a mistake from that side ... Not from ours. We have nothing to do with it, ”Trump quotes. "Jellyfish".

Trump on plane that crashed in Iran: "I have my suspicions ... it was flying in a pretty rough neighborhood. Some people say it was mechanical. I don't even think that's a question, personally." pic.twitter.com/2TNJosBPRi

The US President noted that the plane flew under "rather adverse circumstances." “Some say it was mechanical [breakdown]. Personally, I don’t believe it, it’s not even a question, ”Trump said.

He added that he did not know whether the Ukrainian plane was shot down accidentally or intentionally. According to him, the cause of the crash will become known after the black boxes of the liner are decoded.

“We have evidence from multiple sources that the plane was shot down by an Iranian missile. This was most likely done in error, ”said Justin Trudeau. The plane crash killed 63 Canadian citizens.

Trudeau said that Canada is demanding answers to questions raised by the Boeing crash. The Canadian government will not calm down until it receives these answers, the prime minister said. He called for a full-scale investigation of the tragedy.

Following Trudeau, a similar statement was made by British Prime Minister Boris Johnson.

“There is information that the plane was shot down by an Iranian surface-to-air missile. It was most likely unintentional, ”said Boris Johnson.

Shortly before Donald Trump’s speech, numerous US media reported citing unnamed US officials that the Ukraine International Airlines plane was shot down by an Iranian missile fired from the Tor anti-aircraft missile system.

RBC writes: US authorities have information that the Ukrainian Boeing 737 that crashed near Tehran was mistakenly shot down by the Iranian armed forces.

A Pentagon spokesman and US and Iraqi intelligence officials said that they said the plane was hit by an anti-aircraft missile system. The liner fell shortly after Iran attacked US bases in Iraq and the country's air defense system at that moment was preparing to repel a possible retaliatory strike by the US Air Force. Three sources in the US administration told Newsweek that the plane could have been shot down by the Tor-M1 system, which is in service with the Iranian army. Three Reuters sources say the same thing.

CBS correspondent Chris Van Cleve in his Twitter said, citing its own sources, that "US authorities are confident that the Ukrainian side was shot down by Iran." According to his interlocutors, US intelligence has detected a signal from a working radar in the area. From the satellite, in turn, the American intelligence detected two flashes, which were supposedly traces of the launch of the Tor-M1 missiles. Reuters also confirms information about missile launches seen by US intelligence.

CBS also posted a story that shows the holes on the wings of a crashed Boeing. These openings, which may be signs of a missile crash, the CBS claims, raise doubts about the version of the plane crash for technical reasons.

The fact that the cause of the death of the plane “International Airlines of Ukraine” (UIA) in Tehran could be a missile fired from an anti-aircraft missile system, the authorities of Ukraine previously said. Secretary of the National Security and Defense Council Alexei Danilov named this scenario among other versions of the plane crash. He also said that rockets could be fired from the Tor complex.

Iran refutes the possibility that a rocket could become the cause of the crash. The head of the emergency response department of the Civil Aviation Organization of Iran, Hassan Rezaifar, said that this version was excluded because the pilots tried to return the car to the airport after a malfunction, reports IRNA. He stressed that the military is coordinating with civil aviation, and this eliminates the possibility of accidental destruction of an aircraft by a missile. The official also said that debris of anti-aircraft missiles in this area were not found.

The crash of the Ukrainian Boeing occurred just a few hours after Iran launched a missile strike at two US military bases in Iraq.

Amid the tensions between Iran and the United States that arose after the death of an Iranian general in Iraq as a result of an American air strike, Tehran said it would not hand over the black boxes of the crashed plane to Boeing or to American representatives.

On the subject: The 9 most annoying acts of passengers according to American stewardesses

According to international rules, Iran has the right to independently investigate, but usually in such cases the manufacturer of the crashed aircraft is also involved.