We have been in the States for several years, and today - on the eve of Orthodox Easter - I want to share with you the differences in the celebration in our country and in the USA. And they are not only in different dates. 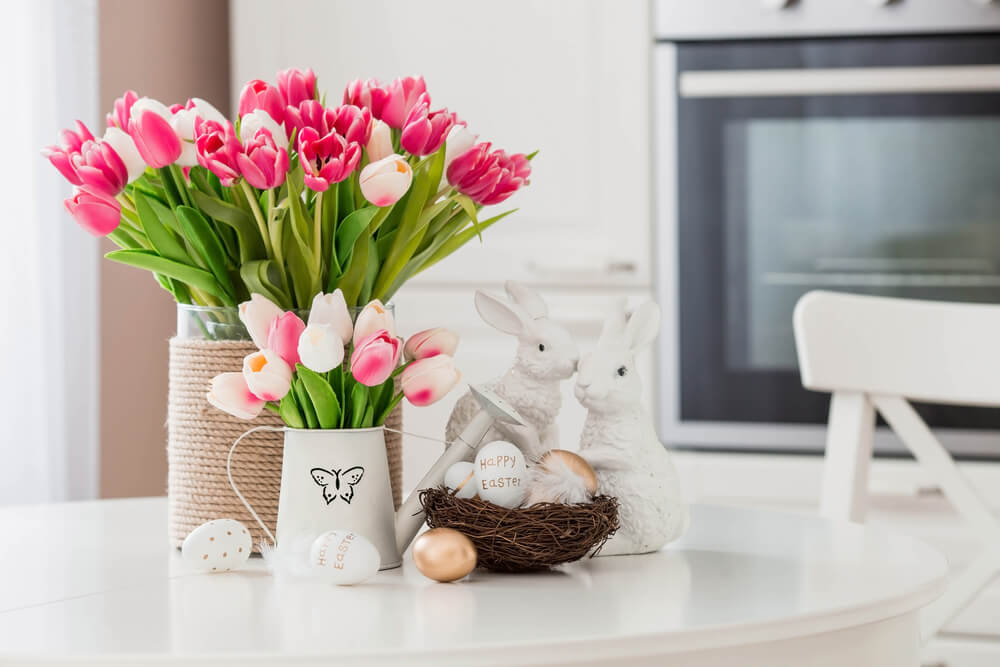 1. Easter cakes on the table

Strange as it may seem, but sweet butter cakes are not an obligatory attribute of American Easter. But multi-colored eggs - yes, they will be everywhere in the States, both in decor and on the table. Easter cakes are common only in areas of the United States where Americans of our roots live. There will be plenty of Easter cakes in Russian shops and Russian bakeries on the eve of Easter. But in ordinary supermarkets you can find, perhaps, only cakes in a gift box of long (3-4 months) storage.

On the subject: Russian family foundations that amaze Americans

When I treated American neighbors with our cakes (bought in a Russian store), explaining that this was our tradition, they admitted that they were trying them for the first time. Only one neighbor with distant Polish roots said that he had eaten a similar dish in childhood with his grandmother.

2. Rabbit - a symbol of American Easter

According to one legend, on the eve of Easter the goddess of nature turned the bird into a rabbit. The bird, now in a new guise, continued to lay bright chocolate eggs, which in the morning, on Easter Day, can be found in the garden. This tradition came to the States with immigrants from Germany and very soon spread to the whole of America. The egg laying rabbit is now a stable symbol of Easter in the USA. Before coming to America, I sometimes met images of a rabbit in Easter decor, but only then did I understand how it relates to Easter.

One and a half months before the Easter holiday, Easter merchandise appears in the shops and Americans begin to decorate their homes. In our country, everything usually ends in decorating Easter cakes, while in the States, facades of houses, a garden and a lawn in front of the house are decorated. Images of chickens and rabbits for a month and a half inhabit all of America. Ears and beaks will be in every yard and in every shop window.

4. Easter is not only a religious holiday

The main difference between our Easter and the American one is that it is primarily a religious holiday. Baking Easter cakes, dyeing eggs - this is all for going to church at night or in the morning. In the States, the Easter holiday has long been overgrown with special, non-religious traditions. All Americans, regardless of religion, and even atheists, consider it their duty to decorate their home with Easter paraphernalia outside and inside. Everyone loves to wear outfits with bunnies and chickens and take part in the hunt for Easter eggs.

Easter egg hunt is a special American game for children, which I have no analogues in our country. In all large public parks, the "Egg Hunt" is organized, the very ones that, according to legend, laid out by the Easter bunny. Children with special baskets and buckets collect bright eggs - plastic molds with candies or small toys. Often such fun is arranged in their garden by grandparents, to whom grandchildren came to visit on Easter. Or several families gather and arrange it for their children. This is as much an obligatory tradition as gifts under the tree at Christmas.

On the subject: Personal experience: the terrible American products

After collecting the eggs, the children uncover them and see how well the “hunt” went. The luckiest of all are those who could find the “golden egg” / golden egg. These are eggs in which money has been hidden.

Sending greeting cards to everyone you know, friends, and family is another American Easter tradition. It still remains a mystery to me how paper cards survived in the world of social networks. According to statistics, before Easter, the number of postcards sent doubles.

Why our people do not understand in the USA: what English words we are wrong taught in school

Why is it advantageous to celebrate New Year in America, but not Christmas?

Note to an immigrant: what can be obtained in the USA for free