Main page culture A holiday for theater-goers: a festival of Russian-language performances will be held in the USA 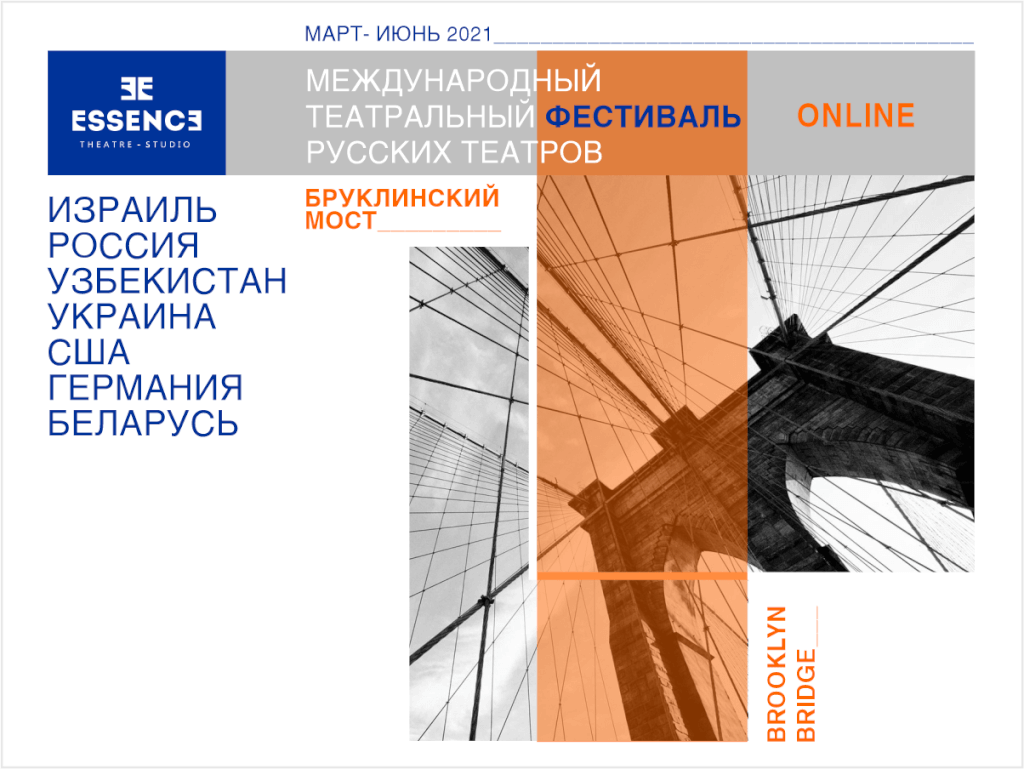 From March to June 2021, within the framework of the festival, 8 performances of Russian-language theaters from all over the world are waiting for you. You will be able to get acquainted with new works of talented figures of the Russian theater from different countries. The festival program includes theaters from Russia, Israel, Ukraine, Uzbekistan, Germany, Belarus and the USA.

The festival opens with the premiere of the ESSENCE theater studio (New York) “Vox In Deserto”. It will be shown on March 7 and 13. Tickets - here.

Vox In Deserto - Latin for "Voice in the Desert". The title of the performance refers to the catchphrase from the Torah “The voice of one crying in the wilderness”, which has become a symbol of the desperate call of a person that no one can or wants to hear. In the story, two lonely refugees, two former famous actors, found themselves on the streets of a foreign country and a foreign city. Their main wealth is the roles of King Lear and the Jester, which they try to play for the audience on the street in front of the entrance to the local theater.

Before the performance, viewers will have the opportunity to communicate with the director and actors involved in the production, and after the premiere - to hear the opinions of authoritative critics, who will watch the performance together with everyone.

It will be a real creative evening, a cultural recreation for theater-goers who have been deprived of the vital opportunity to go to the theater and come into contact with the world of art throughout the year.