Home In the U.S. 'Call the Exorcist': a drunken passenger made a riot on the plane on the way to Michigan

Passengers of one of the flights to Michigan filmed a shocking brawl that was staged by their fellow traveler, writes The Daily Mail. 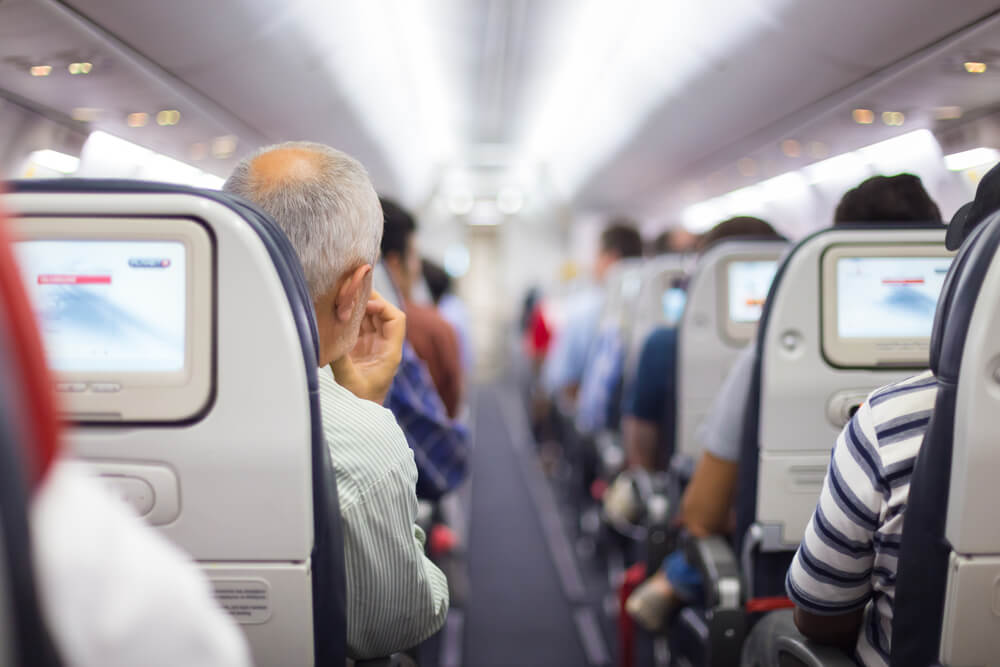 The video shows a woman screaming as she climbs into the seats in the aircraft cabin. It can be seen that she has pulled down a medical mask on her chin and that she has the strength to shout curses.

One of the flight attendants asks her to sit down, but the woman ignores the call to her.

At one point, a woman wearing casual sweatpants and a jacket clings to the top of the carry-on compartment and repeatedly yells, "We're gonna fuck all night, bitch." She doesn't seem to be talking to anyone in particular.

From all angles, the passenger can be seen using the top of the carry-on compartment to lean on and pushing forward down the aisle. At some point, it hits the compartments, which causes the latches to open and the covers rise. Items drop partially from some compartments.

At this point, the three men slowly move forward to deal with her. One asks: "Are you ready to go?"

Although she appears calm at first, the woman starts screaming again (it is not clear in the video what exactly they are doing).

It is also unclear if other passengers were hurt during the tantrum.

One of the passengers, speaking from behind the camera, suggested that the woman was under the influence of drugs. Commenting that about half an hour ago she was "all right," the witness stated that she must have taken something in the bathroom.

The flight attendant caught on the video tells passengers that she was trying to stop the woman.

Some viewers of the video posted online compared the incident to an exorcism and joked that the woman was "possessed by demons."

No airline information or other details were provided.

She did not wait for the door to open and went out on the wing: in Kiev, an air passenger shocked her fellow travelers