Home Incidents California fires: Trump, Biden and Newsom argued about the causes of the disaster

California fires: Trump, Biden and Newsom argued about the causes of the disaster

Fires in California have not yet been brought under control. More than one million hectares of forest have already been destroyed by fire and continues to advance, getting closer and closer to Los Angeles. This is stated in the video "Voices of America". 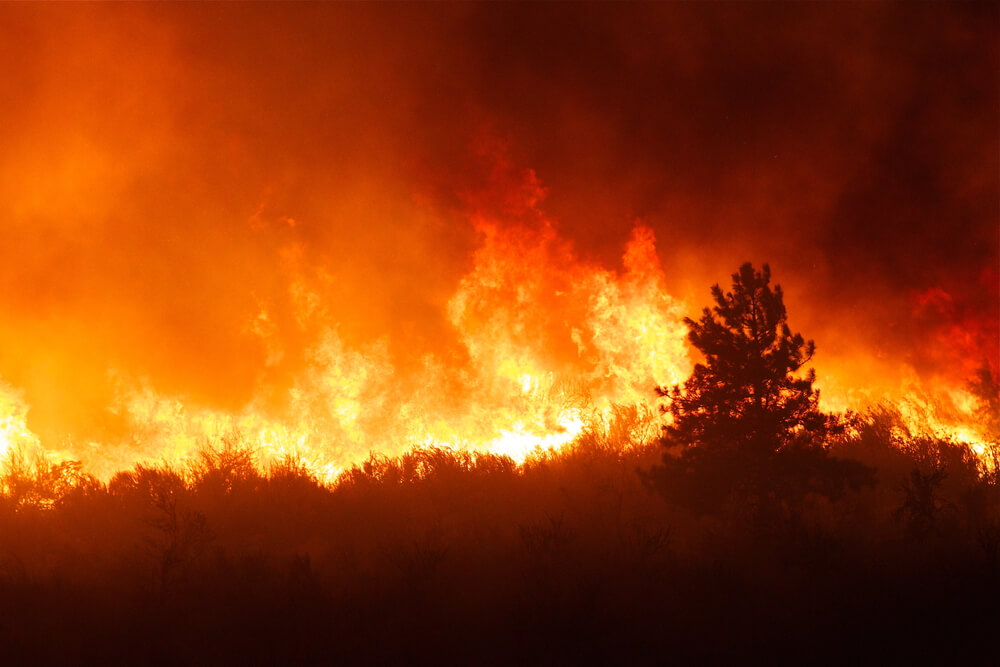 Residents of Arcadia, around which the mountains are blazing with renewed vigor, thought yesterday that the worst was over. Today they are "on suitcases" again.

“We are very worried, we are all ready for evacuation. I practically started sorting things out, I thought the fires were over, but the fire broke out again, ”says Sal Gonzales, a California resident.

Californians leave messages of gratitude to the firefighters fighting for every house and leave to escape the fire. Due to the fires over Southern California, smog and the acrid smell of burning hung. The bright red sun is shrouded in a thick layer of smoke

However, the entire west coast is now on fire. In the states of Washington and Oregon, local residents admit that they have never seen such a destructive fire.

“This is the worst thing I've seen in my life. I watched the fires on TV, but in reality everything is a thousand times more terrible than you might imagine, ”says Ashley Britten, an Oregon resident.

Dozens of victims, thousands of people were left homeless, tens of thousands in the evacuation zone. But still the largest fires are raging now in California. The region, choking in smoke, blazes from south to north, so US President Donald Trump decided to fly to the state in person.

California Governor Gavin Newsom, at a working meeting with the head of state, named one of the main reasons for such devastating fires - climate change.

“We feel that the weather is getting hotter, drier, fires raging and we have a drought in which we have lost 163 million trees. Something is happening to this world, ”Newsom emphasized.

On the subject: Smoke from wildfires in the western United States reaches New York

Donald Trump has a different opinion on this matter. The president is confident the state's fires are raging because of poor forestry management. In response to experts' words about climate change in California, the president joked.

"It will get colder soon, you'll see," Trump said.

Joe Biden immediately reacted to this statement by Trump on Twitter. “Science knows,” wrote a Democrat, who agrees that climate change is driving the rise in the number of fires. By the way, at this meeting, journalists repeatedly asked Trump himself about his relationship with the Democrat Governor Newsom, because both, in addition to climatic ones, have many other differences of opinion.

Donald Trump's climate denial may not have directly caused the record fires we're seeing on the West Coast. But if he gets four more years in the White House, they'll only become more common, devastating, and deadly. pic.twitter.com/7rsG9VDZ4w

“We communicate well and we have an excellent relationship, despite the fact that we are on different sides with him. We have a good relationship with him, he is a great guy, ”the president replied.

Trump also recalled that in spite of everything, at the request of the governor, he immediately introduced a state of emergency in the state and provided all kinds of assistance. But even with federal support, it has not been possible to completely take the situation under control. The fight against the fire element, according to experts, will continue in the state for at least another month. They hope to eliminate large fires in California only by the end of October.

'It looks like hell': a terrible fire tornado caught on video in California