Home Page At home The U.S. Embassy in Moscow temporarily resumes issuing visas: how to sign up

The US Embassy in Moscow is temporarily resuming consular services. The Russian government has informed the embassy of its intention to postpone the ban on the employment of foreign citizens by the US mission in Russia. This is stated on the site US Embassy in Russia. 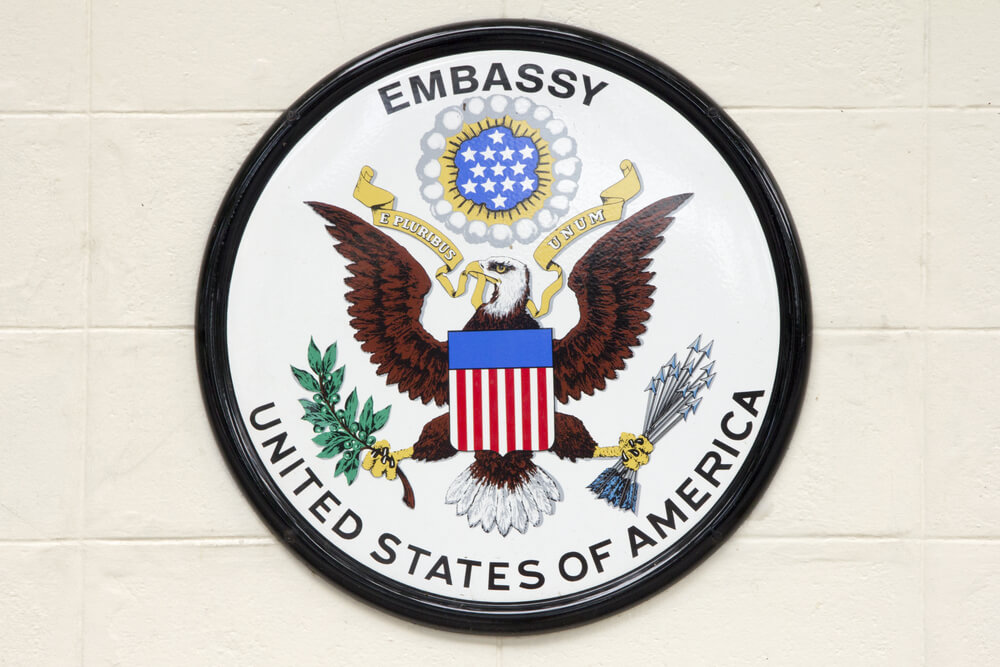 Until July 16, the US Embassy in Moscow will temporarily resume normal services for US citizens, including passport services, consular birth reports abroad, and limited notary services. The issuance of immigrant visas is also resumed.

The issuance of nonimmigrant visas has not been restored anyway, so Russians will have to go to other countries.

In theory, Russians can apply for an American visa in any other country where there is a US embassy and where non-residents can apply.

“So far, the easiest way is the states closest to us,” says Sergei Glandin, special adviser on sanctions law of the Pen & Paper bar association.

Due to closed borders, the choice of countries where you can get a visa is small: Kazakhstan and Georgia. The US embassies in Minsk, Bishkek and Yerevan are now not issuing nonimmigrant visas due to pandemic restrictions.

They are working to receive non-residents of the US Embassy in Thailand and Indonesia.

“You can fly there from Russia. Difficult, but possible, ”adds Anna Ionova, one of the founders of the USA Visa Info telegram channel.

The visa application must be accepted and considered in the standard mode on an equal basis with other non-resident applicants.

On the subject: Worse than Russian counterparts: 3 products that US immigrants do not like

It should be borne in mind that if the applicant does not plan to stay in the country where he is applying until he is issued a visa, he will have to choose the country where he can enter with a Russian passport, that is, one of the CIS countries. Only those citizens who have a residence permit or other legal basis for crossing the border will be able to go to Europe for a visa. Anna Ionova does not see any sense in this.

“In Poland, for example, interviews are conducted, but the visa is not pasted into the passport because of the current proclamation prohibiting entry from the EU to the United States,” she explains.

Usually, the procedure for applying for a visa in another country looks like this.

What documents are needed (this is an optional requirement, but they may be asked to submit for an interview):

When obtaining a visa in another country, it is worth remembering that in the future, a visa can be extended only in the same country where it was received.

What do Americans do

“If you are a US citizen in Russia and your visa has expired, we strongly recommend that you leave Russia by June 15,” the agency said in a statement. "If you plan to stay in Russia after this period, visit the local office of the Ministry of Internal Affairs (MVD) to complete the necessary documents."

You need to make an appointment at department site.

On the subject: 'Give us back this right': Russians demand to renew the issuance of American visas in Moscow

Where to get help

US Embassy in Moscow