Home Incidents Embassies of Ukraine in the EU received parcels with gouged out eyes of animals: the day before, mutilated corpses of dogs were found in Russia

Ukraine says several of its European embassies have received "bloody" packages with animal eyes carved out. Among them was the ambassador in Madrid, where a bomb letter arrived earlier this week. TheGuardian. 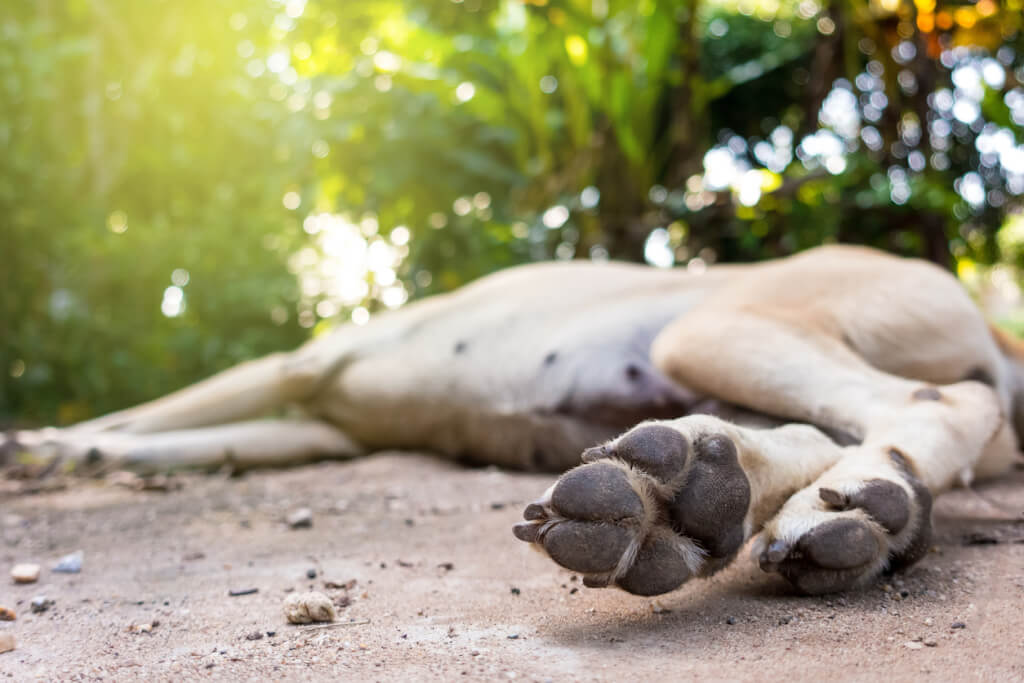 On December 2, the Spanish police cordoned off the Ukrainian embassy and searched the territory with the help of sniffer dogs.

“Ukrainian embassies and consulates continue to receive threats. After the terrorist attack in Spain, the embassies of Hungary, the Netherlands, Poland, Croatia, Italy, the consulates general in Naples and Krakow, and the consulates in Brno received bloody packages. They contained the eyes of animals. The bags themselves were soaked in a liquid of a characteristic color and had a corresponding smell,” said Oleg Nikolenko, official representative of the Ukrainian Foreign Ministry.

“We are looking into the meaning of this message,” Nikolenko said in a Facebook statement. According to him, Foreign Minister Dmitry Kuleba ordered that all relevant embassies and consulates be placed under a heightened security regime.

On the subject: 'Kill to become yourself': what inspires some Russians to support the war with Ukraine

Ukrainian officials said the entrance to the residence of Ukraine's ambassador to the Vatican had been vandalized. In addition, there was a false threat about a planted bomb against the embassy in Kazakhstan.

The bloody messages followed the receipt of six bomb letters. They were sent last week to destinations in Spain, including the Ukrainian embassy in Madrid, Prime Minister Pedro Sanchez and the US embassy in Madrid, prompting Spain to step up security measures.

An embassy worker in Madrid was injured after he opened a package addressed to the Ukrainian ambassador to Spain on November 29. The staff member decided to open a parcel received by regular mail in the embassy's garden because it contained a small box.

“Having opened the box and heard a click, he threw it, and then an explosion followed,” said the ambassador to Spain, Sergei Pogoreltsev. “Although the employee was not holding the box at the time of the explosion, the commandant injured his hands and received a shell shock.”

Spanish police later said a similar package was sent to a Spanish arms company that makes rocket launchers. Spain presented them to Kyiv. Police believe the two incidents are related.

In addition, the other day, many media outlets reported that bodies of dogs with gouged out eyes were found in Russia. It cannot be argued that these incidents are related, although everything seems quite likely.

Activists believe that the local "Ekopriyut" took out the dead dogs - they also found the corpses of animals and emaciated dogs there.

Volunteers took away two dogs in serious condition, later one of them died. Three hundred dogs remain at the shelter. The Ministry of Internal Affairs, the Prosecutor General's Office and Rosselkhoznadzor joined the investigation. The mayor's office of Astrakhan stated that they did not have the authority to check Ecopriyut, since it is private.

It opened in the summer of 2021. The car on which the corpses of the dogs were taken out belongs to the wife of Andrei Nevlyudov, the ex-deputy of the Astrakhan City Duma from United Russia, on whose initiative this shelter was built.

The zoo complex is owned by the spouses, but they claim that the object and the car were rented to the shelter and “have nothing to do with what is happening.”

The administration of Astrakhan and other municipalities have signed a number of contracts with Ecopriyut worth about $200.

With the budget money, the shelter was supposed to catch dogs, sterilize, vaccinate and return to the habitat - it came out to almost $ 220 per dog.

“By the way, 60 dog corpses taken to the cattle cemetery, according to the papers, are alive and healthy. They are sterilized and are free again,” said Oleg Shein, a member of the City Duma from A Just Russia.

Animal rights activists intend to achieve the closure of Ecoshelter.