Home Page In the U.S. Senator John McCain died: how was one of the most strong-willed politicians of our time

Senator John McCain died: how was one of the most strong-willed politicians of our time

Senator John McCain died on 82's year of life. Reports about it RBC with reference to NBCNews and the statement of his family. 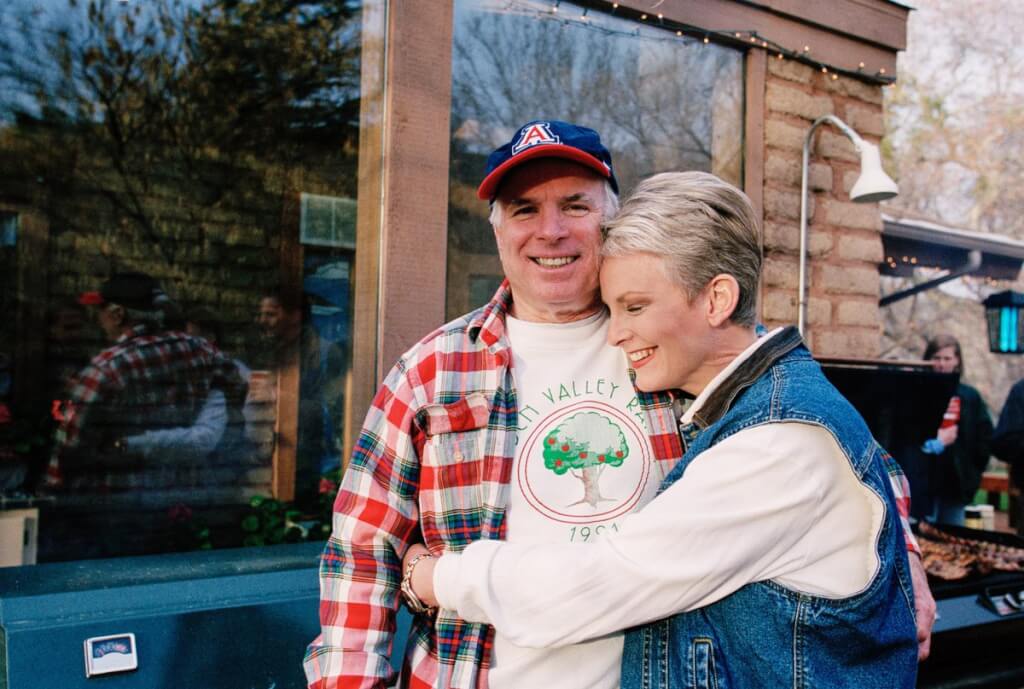 In the last year of his life, John McCain suffered from brain cancer. 24 August he announced the decision to refuse to continue treatment.

“The progression of the disease and the inexorable influence of age reach their verdict. Last summer, Senator McCain shared with the Americans what our family already knew: he had a malignant brain tumor and a poor prognosis. John lived a year, and this is longer than many expected. With his usual fortitude, he decided to stop treatment, ”the family said in a statement.

“My deepest condolences and respect to the family of Senator John McCain. Our hearts and prayers are with you, ”President Donald Trump wrote on Twitter.

Senator John McCain. Our hearts and prayers are with you!

Ex-US President Barack Obama also issued a statement in which he called the late senator a model of unparalleled courage.

Obama said his fight against McCain in the 2008 presidential election was mutually respectful and "honorable."

“For all our differences, we shared a loyalty to the highest ideal for which we fought, went to rallies and made sacrifices to generations of Americans and immigrants,” Obama writes.

Our statement on the passing of Senator John McCain: pic.twitter.com/3GBjNYxoj5

A McCain brain tumor was diagnosed in July 2017 after an eye surgery. Tissue analysis showed that McCain has glioblastoma.

John McCain was known for his harsh attitude towards Russian foreign policy and was considered one of the most notable "hawks" in the United States. One of the senator's most recent statements related to the meeting between Trump and Putin in Helsinki, which McCain called a "tragic mistake."

“Putin is America's enemy. Not because we wanted it, but because he himself made such a decision. He decided to invade Ukraine and occupy Crimea. He decided to help the Assad regime in the destruction of the Syrian people. He decided to interfere in the elections in America and undermine democratic institutions around the world and in Russia itself, ”the senator said in a statement published on his official website.

John McCain was born to a military family in 1936, at the US Air Force Base in Panama. In 1958, he graduated from the military academy and became a naval aviation pilot.

According to RIA News, study was not easy for him. Over the years he spent at the academy, he earned a reputation as a party-goer, he was called the White Tornado. He drove a sports car, met with a stripper nicknamed Flame of Florida and released inappropriate replicas to the authorities.

In July 1968, his father was appointed commander-in-chief of the US Pacific Fleet, and he became one of the key men of the Vietnam War. A few months later, John McCain's plane was shot down over Hanoi, and the son of the US Navy admiral was captured.

The pilot, who had both arms and leg broken, ended up in Hoalo (Hanoi Hilton) prison. During the war years it was used to keep prisoners of military pilots.

The next five years left an indelible mark on McCain. He himself claimed that he was constantly subjected to torture and was on the verge of suicide, while the Vietnamese side said that it treated the prisoner carefully and helped to recover from injuries.

Years later, McCain admitted that he had issued a list of players from the state of Wisconsin to the Viet Cong, calling them members of his military unit. It was released only in 1973 year, after the signing of peace agreements.

McCain was awarded the Silver and Bronze Star Medals, the Purple Heart and the Cross for outstanding flight achievements.

McCain’s political career is brighter than a military one. At least in American history, he will be remembered precisely as a Republican senator who upholds conservative values ​​and US hegemony abroad. McCain twice fought for the presidency. And, according to the observations of his associates, he sincerely believed that he could become the head of the White House.

In 2000, McCain participated in the Republican presidential primaries and was a headache for future President George W. Bush. The senator even won in several important states. However, the media got compromised that he has an illegal daughter from an African American. This had an effect, especially on the religious part of the Republicans.

The stake on immigrants was not justified then. McCain has consistently advocated the opening of borders, defended Mexican workers and even adopted a three-month-old girl from Bangladesh, calling her in American - Bridget. But he still lost to Bush, albeit by a narrow margin. A more conservative politician won.

Four years later, McCain was remembered again. He didn’t want to go against Bush a second time - McCain endorsed both the neo-conservative policies pursued by Bush and the wars in Afghanistan and Iraq. Camp Democrats nominated Senator John Kerry - also, by the way, a Vietnam veteran - and invited Republican McCain to participate in the elections in conjunction with him as a candidate for vice-president, but was refused. McCain remained loyal to the Republican Party.

His finest hour came in 2008, when he again ran for president. Perhaps there were more chances then. Many analysts were confident in the victory of the senator from Arizona. Few believed that Barack Hussein Obama would be the first black owner of the White House in history. As expected, McCain was supported by conservative states, but this was not enough. The peak of McCain’s political career remained the Senate and the Armed Affairs Committee, which he headed for many years.

The republican's dislike for Russia is of a fundamental nature and is not associated with momentary politics. The senator's collection of anti-Russian statements would be the envy of the most notorious Russophobes. He often repeated the phrase of the icon of American conservatives - President Ronald Reagan: "Peace through strength." According to McCain, "this is how Reagan won the Cold War."

McCain sincerely believed that the United States and Russia will never be friends. In his opinion, the countries are too different and equal cooperation is impossible. McCain has spoken many times about the political regime and foreign policy of Moscow.

The "Russian dossier" that followed the 2016 presidential election gave McCain a second wind. But not for long. The senator became the author of the toughest package of anti-Russian sanctions and has repeatedly accused Moscow. For him, there was no doubt: the Kremlin intervened in the elections on the side of Trump.

Despite belonging to the same party, McCain had a lot of disagreement with Trump. The senator has repeatedly criticized the policy of the US president, in particular, on the issue of reform or cancellation of the medical insurance Obamacare, adopted under President Barack Obama. McCain also negatively refers to Trump's "autocratic" and protectionist aspirations in foreign economic relations and his approach to the problem of migrants.

Due to disagreements of politicians, McCain’s relatives previously stated that don't want to see trump at the senator's funeral.

John McCain decided to stop the treatment of brain cancer

McCain calls for cyberdar over Russia