Home Page In the U.S. After the accident, a San Francisco resident received a bill from the hospital for $ 28 thousand

After the accident, a San Francisco resident received a bill from the hospital for $ 28 thousand

9 July 2016, 19-year-old Justin Zanders walked down the sidewalk in San Francisco, California, when a metal bar sticking out of the back of a city bus hit him in the face. After hitting the guy fainted. 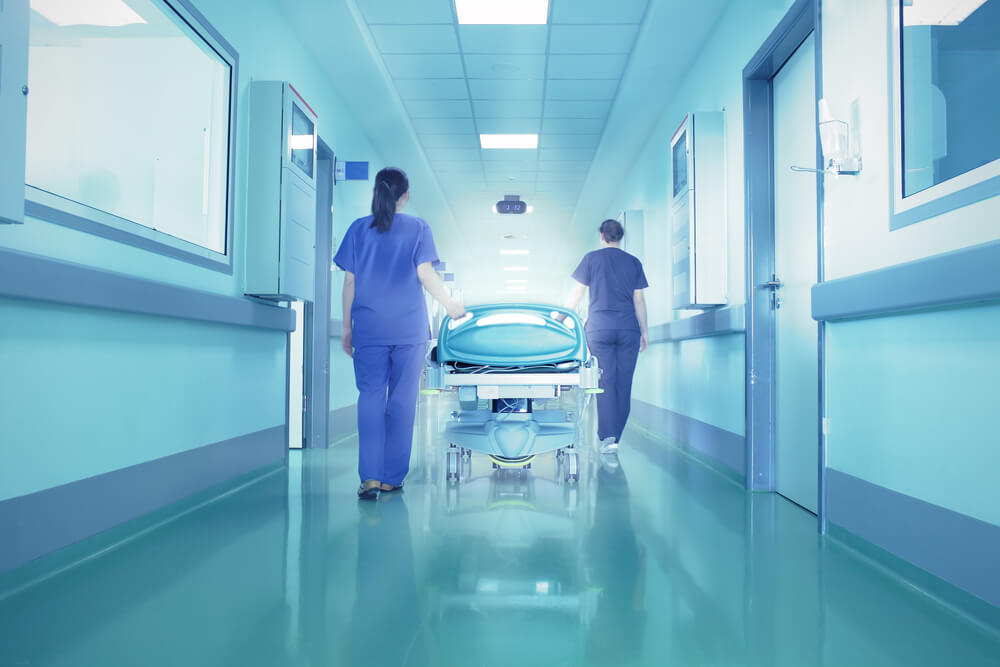 Zanders woke up at the Zuckerberg San Francisco General City Hospital. He underwent CT scans and stitches, and soon after that he was sent home. He spent about four hours in the hospital, wrote Vox.

Zuckerberg San Francisco General is a city owned and operated hospital. Despite the fact that Sanders had health insurance, due to unusual hospital billing practices, he was ordered to pay $ 27 out of his pocket. He could not quickly pay this bill and soon the collectors began to call him.

Zanders sued San Francisco and spent two years in litigation, until the jury decided in his favor, ordering the city to pay its entire bill, as well as the damage it caused.

Zanders is one of six patients who turned to Vox since the publication began to talk about the amazing and aggressive billing tactics at the Zuckerberg San Francisco General hospital.

Patients described a variety of incidents, from bicycle accidents to falls from climbing walls and emergency surgeries, which left them heavily indebted despite having insurance.

The hospital, named after Facebook founder Mark Zuckerberg after donating several million dollars to it in 2015, is the largest public hospital in San Francisco and the city's only Tier XNUMX trauma center. But for years, the facility has refused to be part of the coverage of all private insurance companies, a practice that experts say is extremely unusual.

Patients often did not know about these unconventional billing methods until they received a bill for tens of thousands of dollars, which they had to pay out of pocket. The same help would probably cost them much less at other hospitals.

After Vox reported these incidents, the Mayor of San Francisco London Bride announced 1 in February that the hospital will temporarily suspend the use of this method of billing while the city is working on a new, more patient-friendly policy.

Some patients who faced huge bills said that after the mayor intervened, they began to receive calls, during which they were told that their debts had been fully written off, although they had spent years challenging them in court.

But for patients whose accounts remained in force, it is not yet clear what will happen next. The city authorities also can not provide answers to this question.

Zanders moved to San Francisco shortly after graduating from high school in a rural area in Louisiana. He went to college, played football and worked part-time in a catering company. He wanted to play football at the university, and even representatives of the University of California at Berkeley came to see his game.

On the day of the accident, Zanders and a friend went to the city center to the shopping center. They were returning to a friend's car when there was a breakdown in the passing bus, due to which a large metal bar, which was supposed to be pointing up, was sticking to the side instead.

Prut hit Sanders in the face. He fell to the ground, and the witnesses called an ambulance, which took him to the hospital, where he came to himself.

“I am a football player, so they hit me on the head a couple of times. I know what a hard blow is. But that was nothing compared to any hit I got before. It was pain that I had never experienced before, ”said Sanders.

Zanders was put on six stitches and had a CT scan to check if there were any bleeding in the brain before letting go home. The next day, he ended up in another emergency room because of pain and vomiting. In the end, Zanders quit his job and from a position on the football team, as he could no longer play due to a head injury.

And then he got a bill from the hospital for 27 660 dollars.

"I was scared. I was 19 years old, and I could barely work because of a head injury, and could hardly afford an apartment for which I paid $ 1800 a month, "the man admitted.

Zanders had medical insurance for his father’s insurance policy. The hospital stated that the insurance paid a little more than 2000 dollars, but records provided by Sanders indicate that the hospital has charged the entire bill to it.

In the end, Zanders hired a lawyer who sued San Francisco because of the hospital bill, as well as the economic damage caused by the accident. The trial lasted more than two years. 3 October 2018, the jury ruled in favor of Sanders. The court ordered the city to pay the hospital bill and awarded Zanders a total of 266 740 dollars to cover the economic damage, as well as his other medical expenses.

However, the accident greatly influenced the life of a man.

After the accident, Zanders lost the opportunity to build a football career and returned to Louisiana with his bride. They have an 10-month-old daughter, and Zanders works in the state Department of Transportation, engaged in maintenance of highways.

The couple was supposed to get married last year, but because of the courts they had to postpone the marriage.

Nelly Liu hit the Zuckerberg San Francisco General after falling off a climbing wall in a gym.

“When I fell, I immediately realized that I had hit my spine and head, and I felt very bad,” she recalls.

Ms. Liu did not want to go to the hospital and ordered a taxi home, but during the trip, she began to feel dizzy and nauseous. A nurse from her insurance company advised her to contact the emergency room immediately.

Liu asked if she could contact the Zuckerberg San Francisco General, but the nurse said that this hospital is not part of the network. So Liu went to the emergency room at the University of California, San Francisco. However, technically this hospital is not a trauma center. Trauma centers require special certification to provide emergency care to patients suffering from serious injuries. In San Francisco, Zuckerberg SF General is the only first level trauma center. In other words, it is the only hospital in the city in which a patient who is in a situation like Liu can be helped.

Doctors at the University of California at San Francisco advised her to go to the Zuckerberg SF General, and eventually she was sent there by ambulance. In the hospital, she underwent a CT scan and gave painkillers.

A few weeks later, the woman received a bill: the hospital required 39 270,90 dollars; UnitedHealth, Liu's insurance plan, covered 10 873 dollars, with the result that Liu received an invoice of 28 254,90 dollars. She appealed the bill to her insurance, asking her to pay more, but she was denied the appeal. As a result, her account was canceled after a scandal in the media.

Liu is one of two patients whose accounts have been completely written off after the media scandal. Another patient, Griffin Knight, is a 24-year-old San Francisco resident who had an outstanding bill of over $ 72 for an emergency appendectomy last summer. Last Wednesday, he received a call and was told that his account would also be debited, with the exception of the $ 000 co-pay to insurance he had already submitted.

However, patients with unpaid bills - some of which reach $ 10 - remain in limbo.

Can I get high-quality medical care at Urgent Care?