Home At home Stabbing in the Russian school: 15 affected

Stabbing in the Russian school: 15 affected 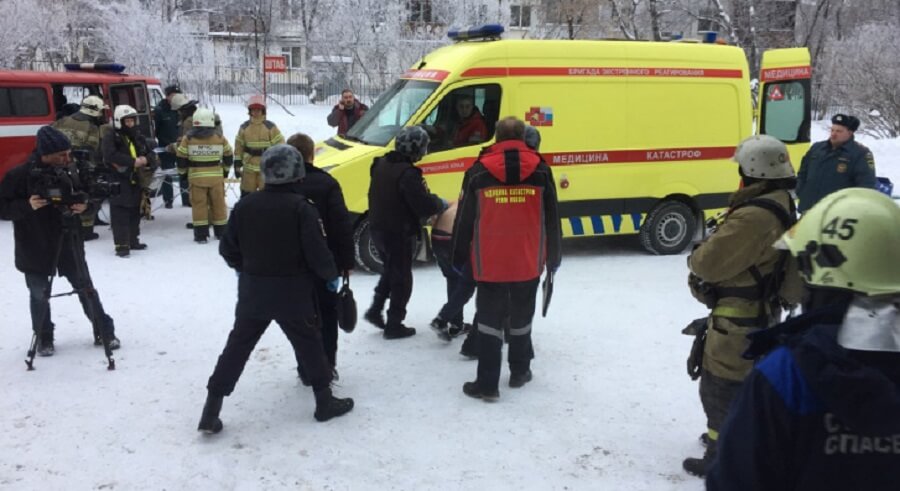 In Perm, according to the latest data, as a result of a fight at a school using knives, 15 people were injured, including 14 children. Three victims were hospitalized. The teacher was seriously injured. Most of the victims are 4th grade students. The Investigation Department of the Perm Territory opened a criminal case under the article “Attempted Murder”. The suspects in the attack have been detained. One of them was taken to the hospital, the other for interrogation. Classes at school were discontinued, the children were dismissed to their homes, writes “Radio Liberty".

The attack occurred in the Perm school number 127 on the morning of January 15.

One of the students 4 class told about the state of emergency Mash telegram channel:

There was a labor lesson, the teacher explained to us what to do. And suddenly two high school students, dressed in black, burst in, approached the teacher and began stabbing her with a knife. We got scared and started shouting "Help!" and ran to the window.

One boy ran to the door, and then a second high school student stabbed him with a knife. Seizing the moment, everyone ran out the door. High school students did everything in silence, they didn't call each other by their names.

What is known about the victims

The teacher, Natalya Shagulina, was seriously injured and is now in intensive care in a state of coma, writes progorod59.ru. 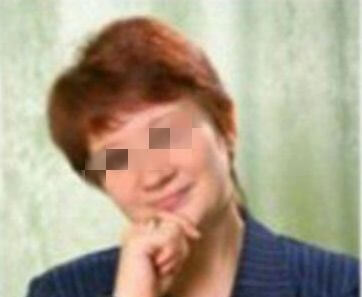 “Two children are in intensive care. One has a neck wound, the other has wounds to various parts of the body and eyes. They were operated on. It is too early to give forecasts. Seven others are in a state of moderate severity, ”said the deputy chief physician for surgical care at the Clinical Children's Hospital No. 15. 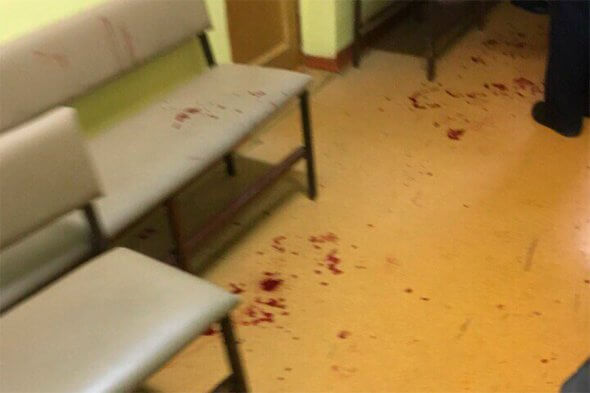 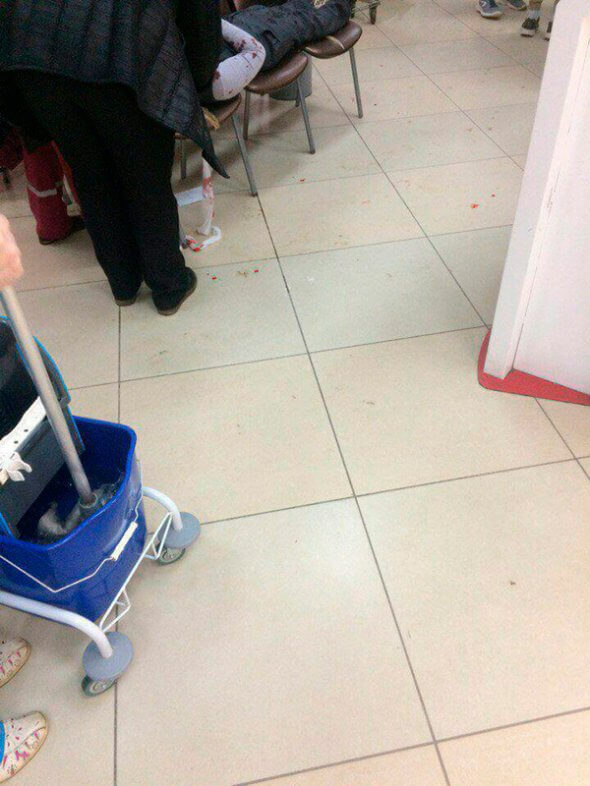 What is known about the attackers

The instigators - a school student and her former pupil - used knives. According to media reports, 16-year-old Lev Bidzhakov was the initiator of the attack. Shortly before the attack on the Perm school, Bidzhakov prepared well and deleted all photos and recordings from his wall on VK beforehand, however he left some suspicious video recordings and groups, writes ivbg.ru. 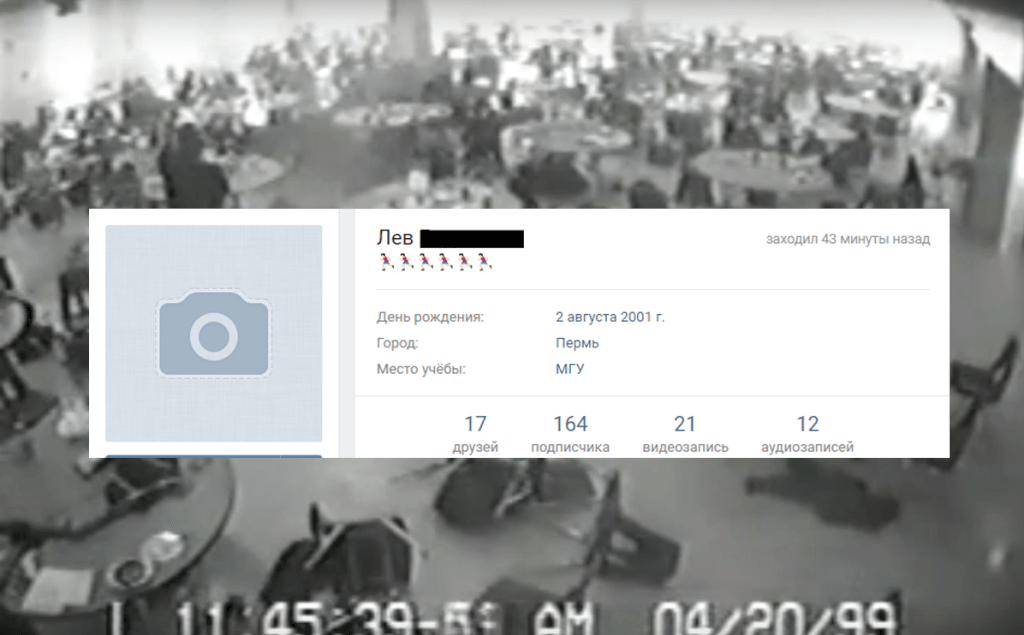 According to preliminary data, he was a patient of a neuropsychiatric dispensary. In photographs on social networks, the teenager often posed with machine guns, writes “Moskovsky Komsomolets”. On social media, he is said to have been subscribed to a group about the 1999 bloody attack at the American Columbine School. Then, we recall, 15 people died, including two attackers.

In addition to the fight between the students, there are other versions of what happened. According to the local newspaper Vkurse.ru, quoted by Meduza, Lev B., expelled from school No. 127, purposefully wanted to attack the teacher, and the two attackers first acted together and only then stabbed each other.

Pupils of school №127 told about one of the attacking teenagers, who today staged a massacre in this educational institution:

“He was aggressive, but he hadn't shown such aggression before,” says the student. - He used illegal substances and alcohol. I saw it myself. Everyone knew about it - both parents and friends. Parents could do nothing about it. They closed him at home and sent him to a psychiatric hospital, but he ran away. By the way, his family is complete. I think he had some sort of score with the teacher, otherwise why would he attack her. He was definitely drunk, a normal person would not do that. Well, I chose the junior grade, because I knew that if he came to grade 7 or 8, then there he would “get it”.

The press secretary of the Russian President Dmitry Peskov said that “internal stabbing between the students” had taken place in the Perm school and advised to wait until the end of the investigation in order to draw conclusions about the safety of the school.

Earlier, a representative of the Governor of the Perm Territory told RIA Novosti that, according to preliminary data, the video surveillance system did not work in Perm school No. XXUMX.

Edition RBC remembers the conflicts with the use of weapons in Russian schools.

On February 3, 2014, a high school student came with a gun to Moscow school No. 263 and shot at the geography teacher, who died on the spot. A school guard who heard the noise reported the incident to the police. When law enforcement officers arrived at the scene, the teenager started shooting at them. One police officer was killed and another was wounded. The teenager was charged with taking hostages, murder and encroachment on the life of law enforcement officers. According to the results of the examination, the high school student was declared insane, the court sent him to compulsory treatment. This incident was the first civilian gunfire in Russia in the "American scenario".

18 March 2016, a young man killed an 15-year-old schoolgirl in the principal's office in Nakhodka, and then committed suicide. It was reported that the young people broke up shortly before the incident, and the 19-year-old boy came to school to sort things out with his girlfriend.

In March, 2017, in one of the gymnasiums of the Lyubertsy town near Moscow, during a physical education lesson, one of the students activated a device to scare dogs away, as a result of which four people received contusions. In this case, the device was stolen from another student.

5 September 2017 was a ninth-grade student at school # 1, near Moscow Ivanteevka, 15-year-old Mikhail P. hit a teacher with a kitchen hatchet during an informatics lesson, and then opened fire from a pneumatic weapon at classmates and began throwing explosive packs. As a result, four people were injured. The incident was preceded by remarks by the teacher Michael about his appearance (he came to the class in a raincoat and in her tankers) and being late for the lesson.

1 November 2017, in one of Moscow colleges, were found the bodies of a student of 3 course Andrei Yemelyannikov and a 44-year-old teacher of life safety. Emelyannikov killed a teacher, after which he published on his VKontakte page his photos and pictures immediately after the crime, and then committed suicide.

29 November 2017, during an argument at a school in the Moscow region of Vysokovsk, one of the students pulled out a knife brought with him and hit him several times in the neck of his classmate. The reason for such an act was the constant mockery and ridicule on the part of the victim.

Mom's experience: what impressed me about American school

What is the difference between an American school and a Ukrainian one: personal experience