Home In the U.S. The politician who deported a record number of migrants under Obama, is suing trump

Democrat Janet Napolitano under the administration of Barack Obama set a record for the number of people she deported from the United States in one year, which caused dissatisfaction with immigrant rights groups. Now, the former head of the US Department of Homeland Security supports these groups and opposes Donald Trump's immigration policy. Writes about it CNBC. 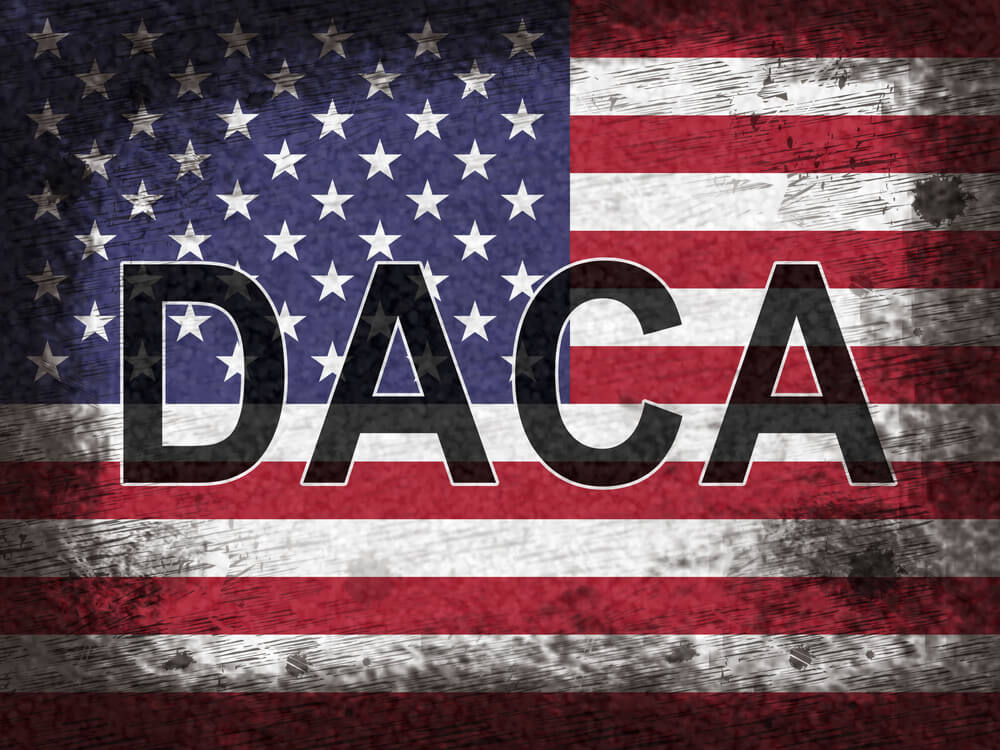 In November, Napolitano will go to the Supreme Court and will oppose the idea of ​​US President Donald Trump to cancel the DACA program, which will affect the lives of millions of immigrants and their families.

“The real question is who gets deported,” Napolitano said in a recent interview in Manhattan, explaining her stance as a tough defender of immigrants.

Napolitano played an important role in creating the DACA program, which she signed in 2012 as head of the US Department of Homeland Security (DHS). Now she is opposed to the efforts of the Trump administration to end this program. Napolitano acts as the representative of this system at the University of California, an academic home for more than 1000 DACA recipients.

“This was my first time seeing DACA from the perspective of an official in charge of immigration and immigration policy,” Napolitano said. "It helped me see the benefits of the program."

Napolitano said that when the Trump administration tried to complete the program in 2017, “we immediately opposed it.”

“The next logical step was to file a lawsuit, which we did,” she said.

On the subject: Unexpected effect: 14 of thousands of illegal immigrants took advantage of DACA program for citizenship

Since then, courts in Washington, California, and New York have temporarily suspended the Trump administration’s attempts to end the program. The Supreme Court will hear the arguments of both parties on November 12, and will decide by the end of June 2020.

In addition to criticizing her role in controlling the escalation of deportations, immigrant advocates questioned Napolitano for not being tough on Sheriff Joe Arpayo in Arizona.

At the beginning of 2013, the media analyzed Napolitano’s record in the Obama administration under the heading: “Janet Napolitano: a hero of immigration or a villain?” Months later, a graduate of the University of California, who is an undocumented immigrant, wrote a strong disagreement with Napolitano’s appointment as head of the institute.

It was because of Napolitano that she eventually built up an extensive legal support system for young immigrants when she adopted the university system. And a year before she said she would resign, she enrolled herself in the center of the struggle for the rights of young immigrants, known as the "Dreamers."

Sharry said that, on the one hand, Napolitano deserves praise for the work she did in California. On the other hand, he said, she is the reason why Obama became known as the "main deporter."

“I know lawyers who still despise her,” he said. “People who have lost family members to deportation are not very sympathetic to Janet Napolitano.”

Controversy over President Obama's wave of deportations flared up from immigration circles and recently entered the national arena when former Vice President Joe Biden was crushed for his role in deportation during the September democratic debate.

On the subject: US Presidential Candidate Promises Citizenship for All 11 Million Illegals

For her part, Napolitano defends herself against progressive criticism by using the same argument she made in her lawsuit against the Trump administration: border controls are about prioritizing, and her top priority is deporting criminals, not children.

“I think we had the right priorities and we adhered to them, and I think that the approach of the current administration is not good policy and is not in line with our values,” Napolitano said. - In my opinion, the correct approach is to admit that we do not have the resources to deport them all. It's like deporting all of Los Angeles. ”

Human rights groups say Napolitano has not done enough to avoid the deportation of innocent immigrants. For example, according to a Pew Research Center study, more than half of the more than 419 000 people deported in the 2012 fiscal year were not criminals.

Napolitano says she began to operate by the year 2013, when she left DHS. By 2016, more than 90% of deportees were convicted of serious crimes, she notes.

Napolitano, the lawyer who served as governor and attorney general of Arizona, just as easily explains his case against the Trump administration from a legal point of view, as well as from a political point of view.

The fight for the DACA

To date, DACA has gone through many litigations. In November 2018, a panel of three judges from the 9 Circuit Court of Appeals upheld a lower court ruling that prevented the Trump administration from closing the program.

Nearly 90% of Americans, including most Republicans, believe that DACA recipients should be allowed to stay in the US, according to a survey conducted in 2018.

As another sign of support, the court received a huge number of statements in support of DACA recipients, including from Apple CEO Tim Cook, more than 100 of the country's largest enterprises, the government of Mexico and 109 cities and local authorities inlusty.

On the subject: Trump administration is preparing a new financial blow to immigrants

Trump’s position is supported by a dozen states and Mississippi Governor Phil Bryant, as well as conservative immigration groups.

Given the popularity of the program, the Trump administration did not oppose it for political reasons. Trump instead claimed in tweets and public statements that Obama never had the authority to implement the program.

In the hands of the Supreme Court

“The fate of the dreamers is in the hands of the courts,” said David Cole, national legal director for the American Civil Liberties Union.

Napolitano said that since the program was created, DACA recipients are deeply rooted in the country's structure.

“They started a business. They created families. They have children, ”she said. "They have contributed to our country."

The case is known as the Department of Homeland Security v. California University Regents, No. 18-587, and has been merged with two other cases. Such cases are Donald Trump v. National Association for the Advancement of Colored People, No. 18-588, and Kevin Macalinan v. Martin Jonathan Batall Vidal, No.18-589.

The House of Representatives passed a bill providing a path to citizenship for many illegal immigrants.

Key facts about US immigration policy and Trump's innovations