Home culture Conquest of the cinema world: 7 of Russian actors of Hollywood

Conquest of the cinema world: 7 of Russian actors of Hollywood 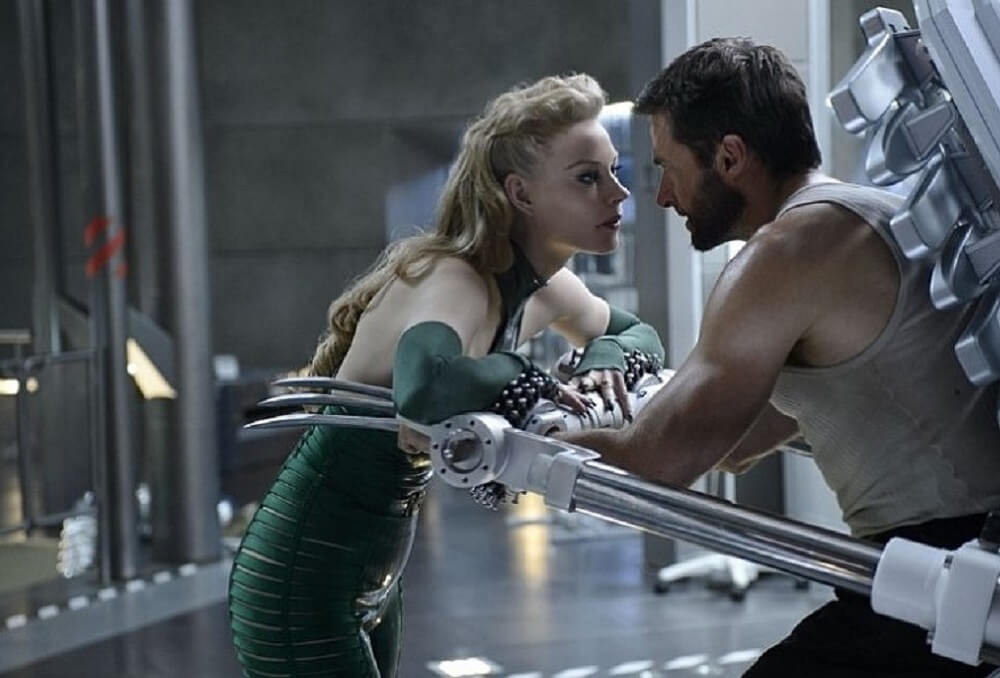 Even if you are 100 once an actor at home, it will never be superfluous to get a new creative experience.

Below you will see 5 popular Russian actors, who were filmed not only in Russian cinema, but also in Hollywood.

But the main thing still remained unchanged: they continued to delight the audience with their talent, gave life to images, without which neither Russian nor American cinema would have been as they are now. 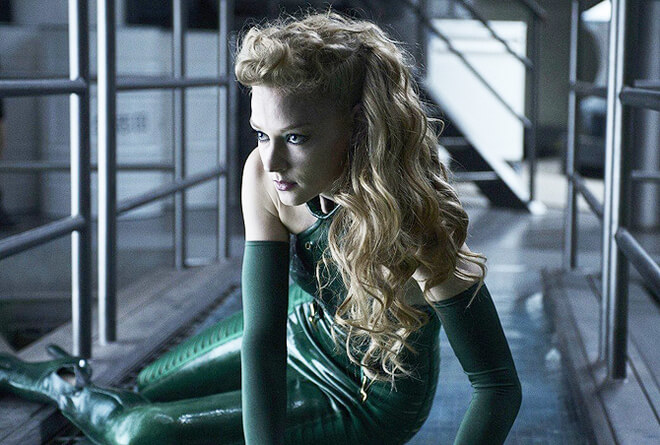 In just a couple of years, the actress starred in several Western projects, including in Wolverine with Hugh Jackman and in the movie “Spy, get out!” With Oscar-winning Colin Firth, the newspaper writes Tatler.

In the film about Wolverine, Svetlana Khodchenkova played a beautiful doctor named Viper, who poisoned the hero and temporarily deprived of his ability to regenerate. Excellent she turned out supervillain - elegant and ominous.

When asked if she dreams of her own Oscar, Svetlana replied: “Deep in her heart every actor thinks of it. It's nice to dream about it ... Actually, I would like to work in America, but for this you need to live there. And I do not want to move: all my family and loved ones are here. I do not want to be nostalgic for my homeland - I'd rather miss her on vacation. ” 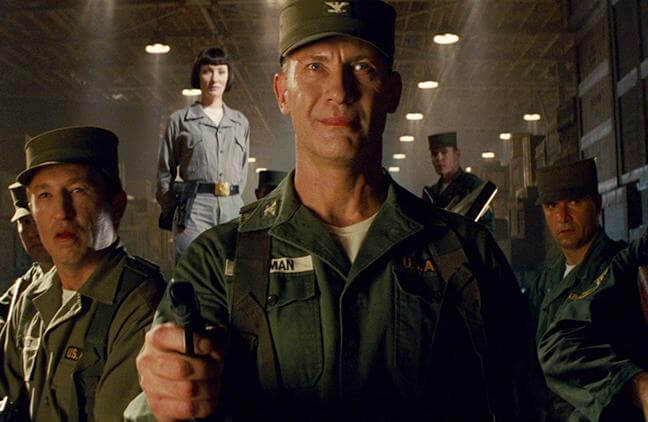 Photo: still from the movie "Indiana Jones and the Kingdom of the Crystal Skull"

Igor Zhizhikin quite often appears in American cinema and TV shows, continuing to be shot in Russia.

At the beginning of 2000, Igor tried to play in a movie, playing the Russian villain Bolotov in the film “The Bloody Work” by the legendary Clint Eastwood. The actor turned out to be so colorful and convincing that after a short time the sentences fell one after the other. Zizhikin took part in the work on the TV series “The Spy”, where Quentin Tarantino played with him, and his most notable role in Hollywood was, without doubt, the image of Colonel Dovchenko from the blockbuster Steven Spielberg's Indiana Jones and the Kingdom of the Crystal Skull. Moreover, Spielberg said that Zizhikin was “the best of all possible bad guys.” 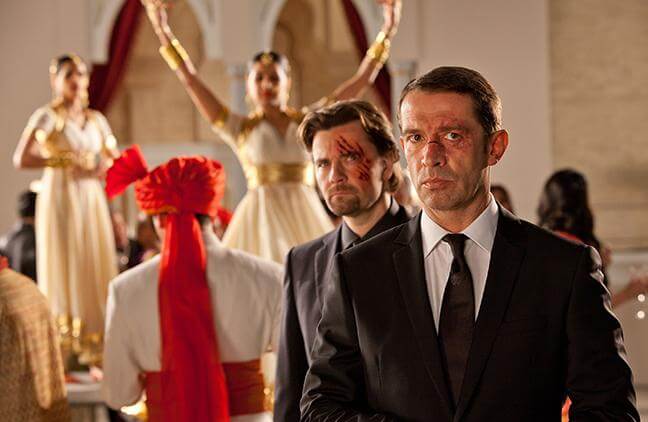 A scene from the movie "Mission Impossible: Phantom Protocol"

Having remembered the Russian sex symbol in the Oscar-nominated film “The Thief”, Hollywood producers began calling Mashkova on various projects, the newspaper writes Tatler. And even if the second attempt to get the coveted statuette with the Russian picture again did not succeed (the film “Edge” also remained only in the nominees), there is enough work in Hollywood for Vladimir: among the most sensational works are filming the TV series “Spy” with Jennifer Garner and “Mission Impossible: Phantom Protocol "with Tom Cruise. By the way, Mashkov is a member of the Actors Guild of Hollywood, which, in particular, means that his rate in the USA cannot be lower than a million for a role (dollars, of course).

Ilya Baskin emigrated from the Soviet Union back in the year 1976. In the USSR, Ilya filmed a little, the audience can remember him from the films “Big Break”, “Telegram” and “Three Days in Moscow”. His first role in Hollywood, he received only half a year after his arrival in Los Angeles. He starred in a tiny cameo in the film of the famous comedian Gene Wilder, the project was called The Words Greatest Lover ("The greatest lover of the world"). He then starred in films such as President's Plane, 2010, Spiderman 2, Transformers-3: The Dark Side of the Moon. How Ilya Baskin became his in Hollywood, read our interview.

The psychological drama “Ten Days in a Mad House”, in which Alexandra met on the same set with the famous “Highlander” Christopher Lambert, was the start of the dream factory.

Alexandra is the daughter of the famous Russian sculptor Lev Kerbel. She began her career in Moscow on radio and television. Then there was the theater “At the Nikitsky Gate”, roles in the TV series “Club”, films “Fighting with the shadow-2”, “The Conspired”, shooting in the mystical drama “Aroma of Dead Flowers”, working with Korean directors. Once friends sent her a link to the casting in Los Angeles. Alexandra read the announcement and decided that she would get this role. And I was not mistaken. The producer and director of the film at the first meeting said that they would only take on this role.

Contrary to popular belief, she played not a Russian girl, but a German tyrant nurse working in a psychiatric hospital. For this, Alexandra Callas had to master the German accent and learn to be a real sadist. How did the reincarnation, read interview with Alexandra. 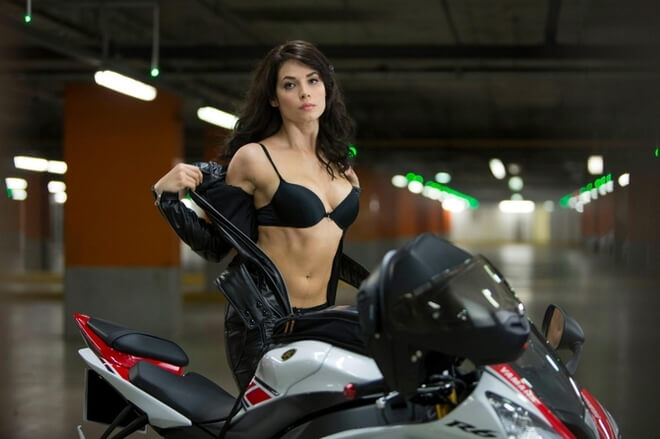 Photo: shot from the movie "Die Hard: A Good Day to Die"

The audience did not like the last “Die Hard Nut”, but Yulia Snigir in a tight-fitting suit and a motorcycle was remembered for a long time. 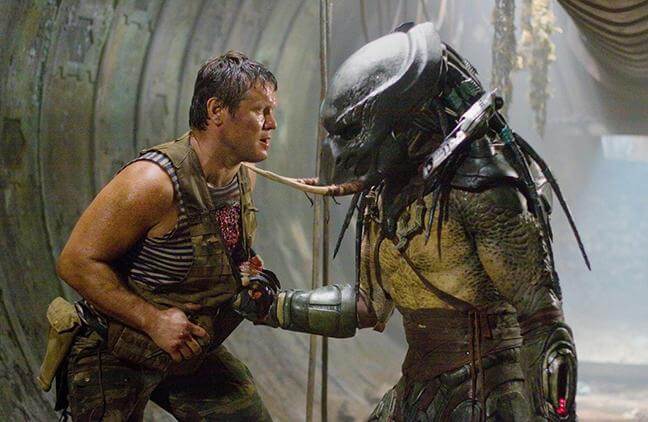 Photo: still from the movie "Predators"

The former airborne soldier who fought in Chechnya finds himself on the planet of Predators in the company of people as perplexed as he is. At first glance, he seems to be a rustic, narrow-minded warrior, but towards the end his heroic nature is revealed. The character and his incarnation cause sincere sympathy.

Oscar 2020: all the details of the ceremony and the list of winners