Home In the U.S. Brain-eating amoeba in a plumbing: it will take months to clean pipes in Texas

After a brain-eating amoeba found in tap water killed a 6-year-old boy in Texas, authorities said it could take months to clean up the state's water. USA Today. 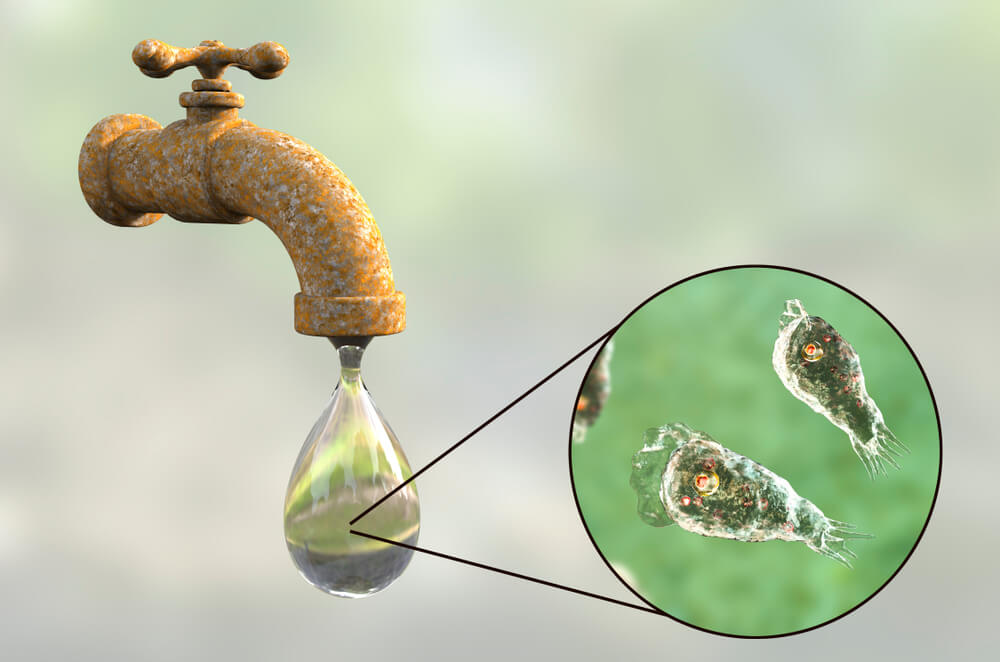 On Tuesday, September 29, Jackson Lake officials said the boil water recommendation for city dwellers could last up to three more weeks. The water will then be pumped with increased chlorine levels to kill any traces of the deadly microbe, which could take an additional 60 days.

"The road will not be short for the residents of Jackson Lake," Toby Baker, executive director of the Texas Commission on Environmental Quality, told reporters.

According to the US Centers for Disease Control and Prevention, Naegleria fowleri is a deadly amoeba that can cause primary amoebic meningoencephalitis, an infection that destroys brain tissue and can kill within 5 days.

Baker said that as far as he knows, the amoeba first appeared in public drinking water in Texas.

The Texas Commission on Environmental Quality was first alerted to the presence of N. fowleri in its water supply on Friday evening, September 24. Environmental officials first warned residents of Brazosport (an area that includes several cities) not to use the water, but later said the problem had narrowed to the Lake Jackson water supply.

One of the positive tests was performed at the home of Josiah McIntyre, a 6-year-old child who died on September 8 after contracting an amoeba. Amoeba was also found in samples at the playground with fountains in the city, which the boy visited. The site was closed.

According to the Houston Chronicle, Josiah's relatives said he was tested for streptococcus, COVID-19 and other illnesses when he developed fever, headaches and vomiting, but by the time doctors realized it was N. fowleri, it was too late. ...

“We just want people to know it exists,” said his grandmother Natalie McIntyre.

Baker said the samples the state obtained from the city's plumbing several months before Josiah's death was not cause for concern. Abbott added that the authorities "want to get to the bottom of what happened...."

Authorities have been working to provide free drinking water to the city's residents, and Abbott said the Texas Emergency Management Authority has set up a collection point where residents can get one free box of drinking water a day. Some private businesses also provided free water.

John Hellerstedt, Commissioner of the State Department of Health, has allayed fears that the amoeba could survive in the city's water supply.

“The risk is minimal,” Hellerstedt said. "There is no chance the amoeba will be kept in the public water supply after the state finishes its recovery measures."

The CDC reports that N. fowleri is commonly found in lakes in the south, especially in summer, but that disease is rare, with only 2009 cases reported in the US from 2018 to 34. People usually become infected through the nose after swimming or diving in warm fresh water. N. fowleri can also be transmitted through insufficiently chlorinated swimming pool water or contaminated tap water.

On the subject: American got brain amoeba due to tap water

The CDC states that contamination cannot occur from ingestion of contaminated water.

According to the CDC, the germ can cause symptoms similar to bacterial meningitis, including headaches, fever, nausea, and vomiting, making initial diagnosis difficult. The infection progresses rapidly, eventually causing neck stiffness, seizures, hallucinations, and coma.