Home In the U.S. 'Support our troops': Trump's headquarters used photos of Russian fighters in advertising

A digital ad released on September 11 by a fundraiser for Trump's "support our troops" campaign uses stock photos of Russian-made fighter jets and Russian models dressed as soldiers, writes Political. 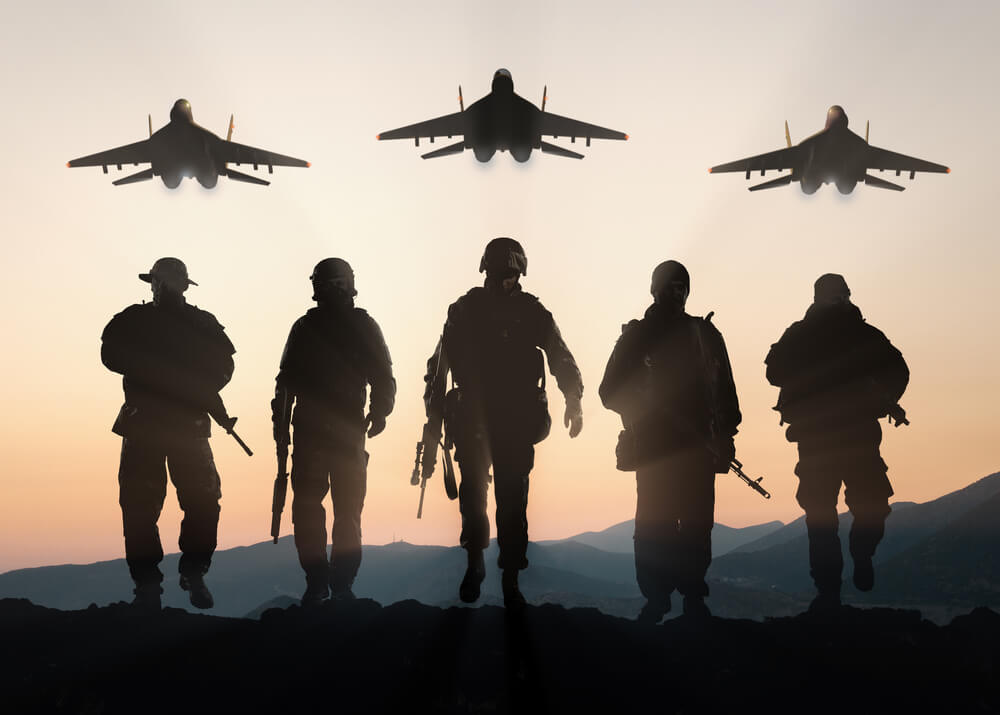 The Make America Great Again ad produced by the Trump Committee shows soldiers in silhouette with fighter jets flying overhead. The announcement first appeared on September 8 and was active until September 12.

“This is definitely a MiG-29,” said Pierre Spray, who helped develop the F-16 and A-10 aircraft for the US Air Force. "I'm glad to see him support our troops."

He noted the angle of inclination of the plane's tail - how the tail is pulled far back, and the distance between the engines, as well as the tunnel between them.

Ruslan Pukhov, director of the Center for Analysis of Strategies and Technologies in Moscow, confirmed that these are Russian MiG-29s. He said that the soldier pictured in the far right corner of the ad has an AK-74 assault rifle.

The Trump Make America Great Again Committee is run by the Republican National Committee. Most of the small digital donations collected by the committee go to the election campaign.

The image in the ad is a stock photo available on Shutterstock.com with the headline “Military Silhouettes of Soldiers and Air Force at Sunset” (original - at the beginning of the news).

On the subject: Trump's campaign advertisement illustrated 'chaos and violence' with a snapshot of the Ukrainian Maidan 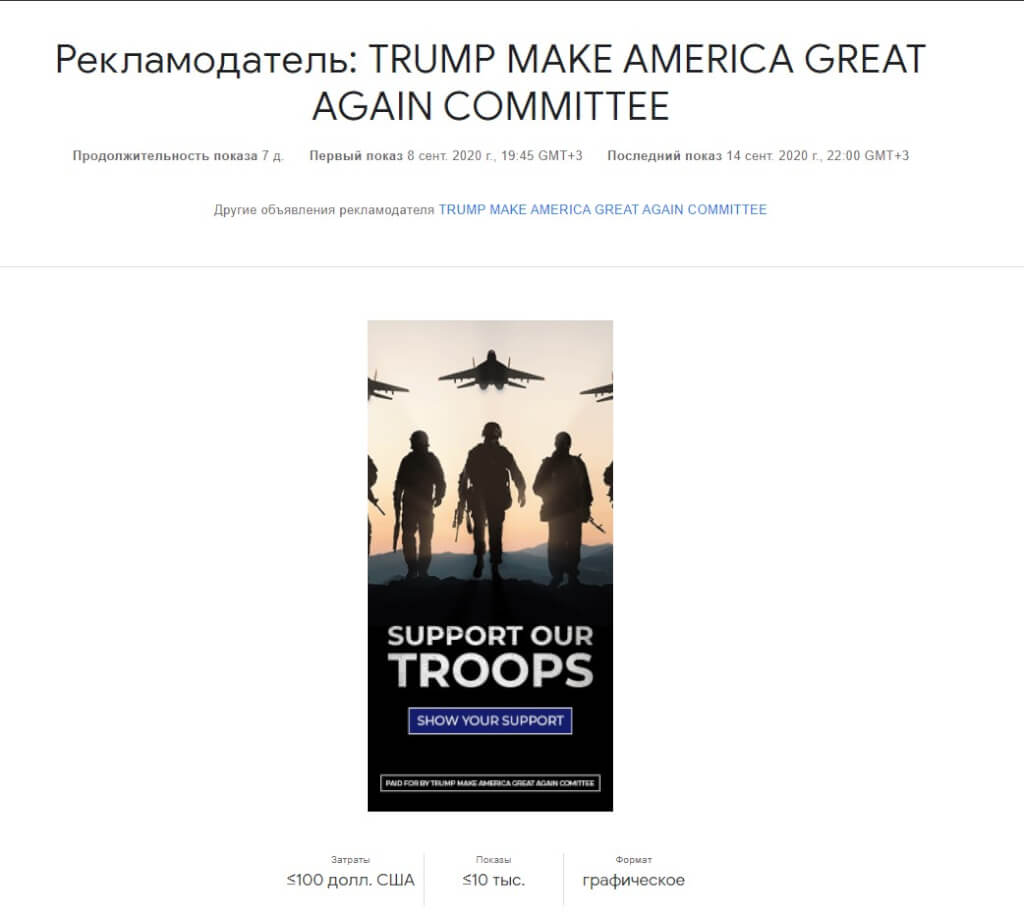 When the story went public, the creator of the image, Artur Zakirov, confirmed in a Facebook post that the photo shows a 3D model of a MiG-29, and the soldiers are Russian models. He said it was a composite photograph taken five years ago and taken in three different countries, showing the Russian sky, Greek mountains and French soil.

“This is a completely recreated scene from various photographs of mine,” explained Zakirov, a 34-year-old oil company analyst and amateur photographer based in the Russian city of Perm.

“Today you hear about the Kremlin's hand in US politics. Tomorrow you will be that hand, "he joked, calling the fact that his photograph was used in Trump's advertising campaign" pretty funny. "

“It all happened due to inattention,” he said, noting that the staff of the president’s headquarters “did not check the facts well.”

The MiG-29, a twin-engine fighter designed in the Soviet Union, first flew in 1977. This is the main fighter in Russia and is sold all over the world. It was developed during the Cold War specifically to counter the American F-15 and F-16, and the United States even received several. Such aircraft have recently been spotted at Russian airbases in Syria and Libya.

Russia also exported them to a number of countries, in particular to North Korea, Syria, India, Uzbekistan. Iran also acquired 68 MiG-29s shortly before the collapse of the Soviet Union. In 1997, the United States even bought 21 MiG-29 aircraft with "nuclear weapons" from Moldova so that they would not fall into the hands of such opponents as Iran.

In the past, politicians have faced problems with advertising or creating content that uses military equipment from Russia or other countries. Last October, Rep. Brian Mast tweeted a photo of the Russian battle cruiser Peter the Great, with the comment, “Happy birthday, US Navy. We thank the men and women who serve to protect our waters. ” His office later deleted the tweet.