Home Educational program Almost half of cancer deaths can be prevented: what habits increase the risk of developing cancer

A new study suggests that around the world, nearly half of cancer deaths could be attributed to preventable risk factors, including the top three: smoking, excessive alcohol consumption or a high body mass index. Read more about this publication CNN. 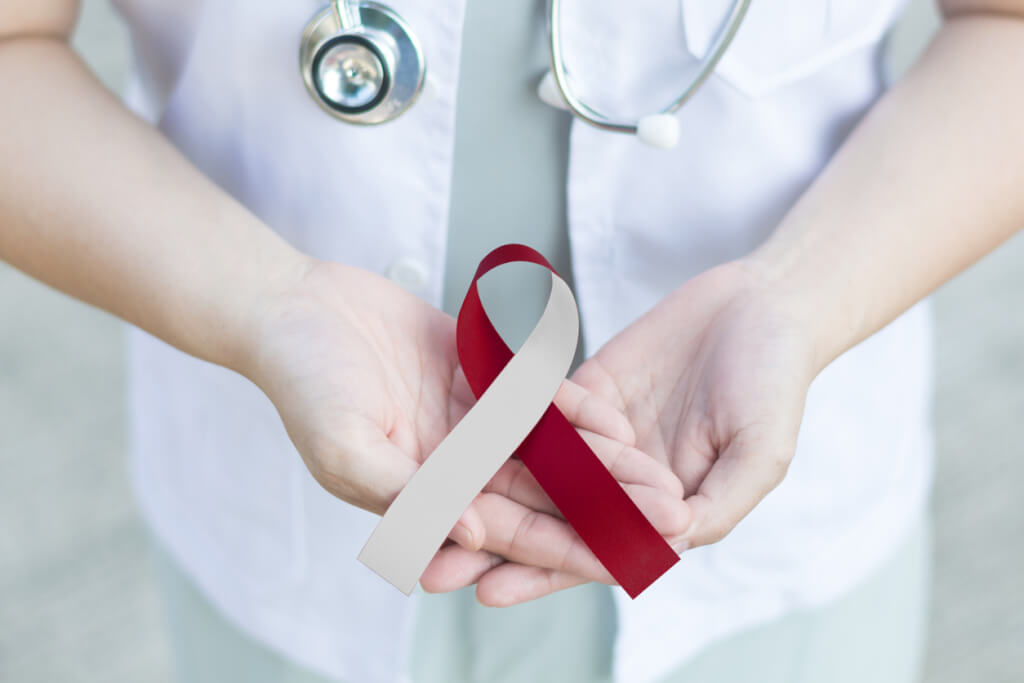 A study published in The Lancet shows that 44,4% of all cancer deaths and 42% of lost healthy lifestyle years can be attributed to preventable risk factors.

"To our knowledge, this study represents the largest attempt to date to determine the global association of cancer with risk factors," Dr. Chris Murray, director of the University of Washington Institute for Health Metrics and Evaluation, and colleagues wrote in the study.

A paper funded by the Bill & Melinda Gates Foundation analyzed the relationship between risk factors and cancer, the world's second leading cause of death, using data from the Institute for Health Metrics and Evaluation's Global Burden of Disease project.

The project collects and analyzes global data on mortality and disability. Murray and colleagues focused on cancer deaths and disability from 2010 to 2019 in 204 countries and territories, looking at 23 cancer types and 34 risk factors.

The researchers found that the leading cancers in terms of risk of mortality worldwide in 2019 were cancers of the trachea, bronchi and lungs in both men and women.

On the subject: Cancer cure found: thanks to new therapy, the patient was cured of lymphoma in 28 days

"These results highlight that a significant proportion of the effects of cancer worldwide can be prevented through interventions that reduce exposure to known risk factors," the researchers wrote. “Thus, efforts to reduce cancer risk must be combined with comprehensive cancer control strategies that include efforts to support early diagnosis and effective treatment.”

The new study clearly highlights the importance of primary cancer prevention, and "the rise in obesity-related cancers needs a lot of attention," said Dr. William Dowth, chief scientist at the American Cancer Society, who was not involved in the new study.

“The change could save millions more lives, far dwarfing the impact of any drug ever approved,” he wrote. "The continued impact of smoking, despite the association with cancer for about 65 years, remains very problematic."

While tobacco use is lower in the United States than in other countries, smoking-related cancer deaths remain a significant problem and disproportionately affect some states, Dowth writes.

A separate study published in the International Journal of Cancer found that the estimated proportion of cigarette smoking-related cancer deaths in 2019 among adults aged 25 to 79 ranged from 16,5% in Utah to 37,8% in Kentucky. Estimates of total revenue loss due to cigarette smoking-related cancer deaths ranged from $32,2 million in Wyoming to $1,6 billion in California.

“Also, it’s no secret that alcohol consumption and a dramatic increase in BMI can also be a risk for cancer,” Daut added. “Cancer screening is especially important for people at higher risk.”

In an editorial that was published alongside the new study in The Lancet, Dr Diana Sarfati and Jason Gurney of the Te Aho Cancer Control Agency on Te Kahu in New Zealand wrote that cancer-related preventable risk factors tend to be formed in accordance with the level of income.

“Poverty affects the environment in which people live, and this environment determines the way of life that people can adopt. Action to prevent cancer requires a concerted effort from within and outside the health sector. Such actions include specific measures to reduce exposure to cancer-causing risk factors such as tobacco and alcohol use, as well as access to vaccinations to prevent cancer-causing infections, including hepatitis B and human papillomavirus,” Sarfati and Gurney wrote. .

"Primary prevention of cancer by eliminating or mitigating modifiable risk factors is our best hope for reducing cancer rates," they said. “This will improve health and well-being, as well as reduce the cumulative impact on people and the pressure on financial resources in cancer services and the broader health sector.”