Main page loudspeakers Why is a birth certificate a very important document, especially for immigrants 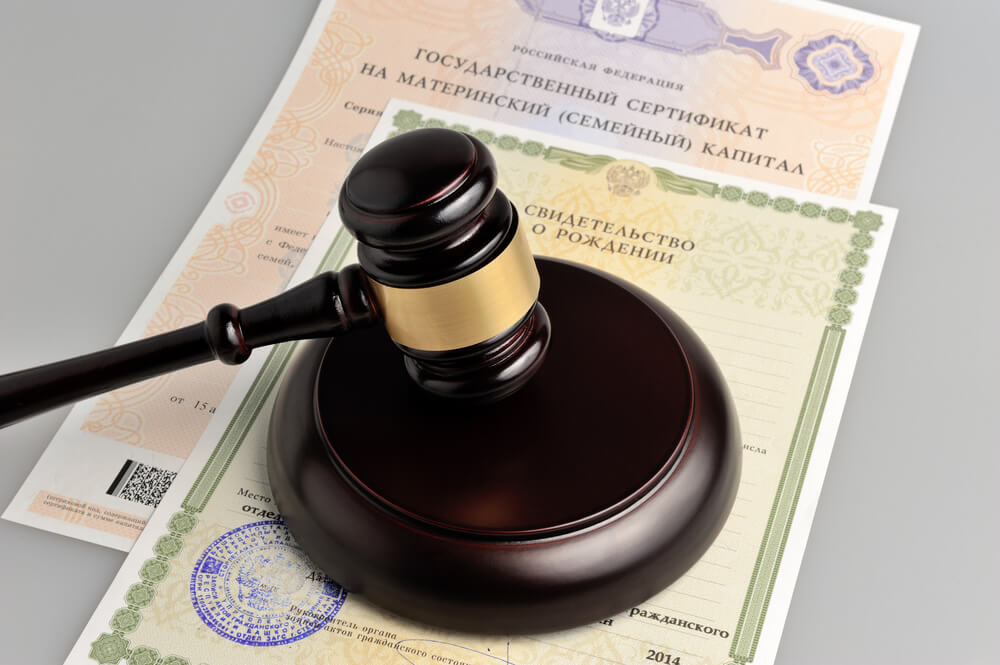 Why do immigrants need a birth certificate

Along with a birth certificate, when applying to USCIS, you always need marriage documents (even if there were several of them, and they have long been dissolved; even if you did not change your last name as a result of marriage; and even if it seems to you that it does not matter at all). It is no coincidence that the registry office documents in English are called vital records certificates, that is, "vital documents." And of course, these documents are indispensable in the inheritance procedure, since it is the birth certificate that proves the origin of a person from specific parents, and marriage and divorce certificates provide information about whether people are in a registered relationship or not, with all the ensuing consequences.

Solving household issues is also impossible without a birth certificate

A birth certificate is needed not only for immigration processes, it often becomes necessary in everyday life. For example, one of my clients faced a problem with social housing. Together with his 98-year-old mother, occupying a social apartment in New York, the over-aged son, who was already a pensioner himself, could not re-register the apartment for himself. Moreover, he lived in this apartment for almost 45 years, went through all kinds of immigration procedures long ago, having managed to get a green card and American citizenship without a birth certificate. But the apartment did not work out - the city authorities refused to take his word for kinship with a 98-year-old woman, and he was afraid to be on the street one day. The restoration by me of his birth certificate from St. Petersburg seemed fantastic to him. 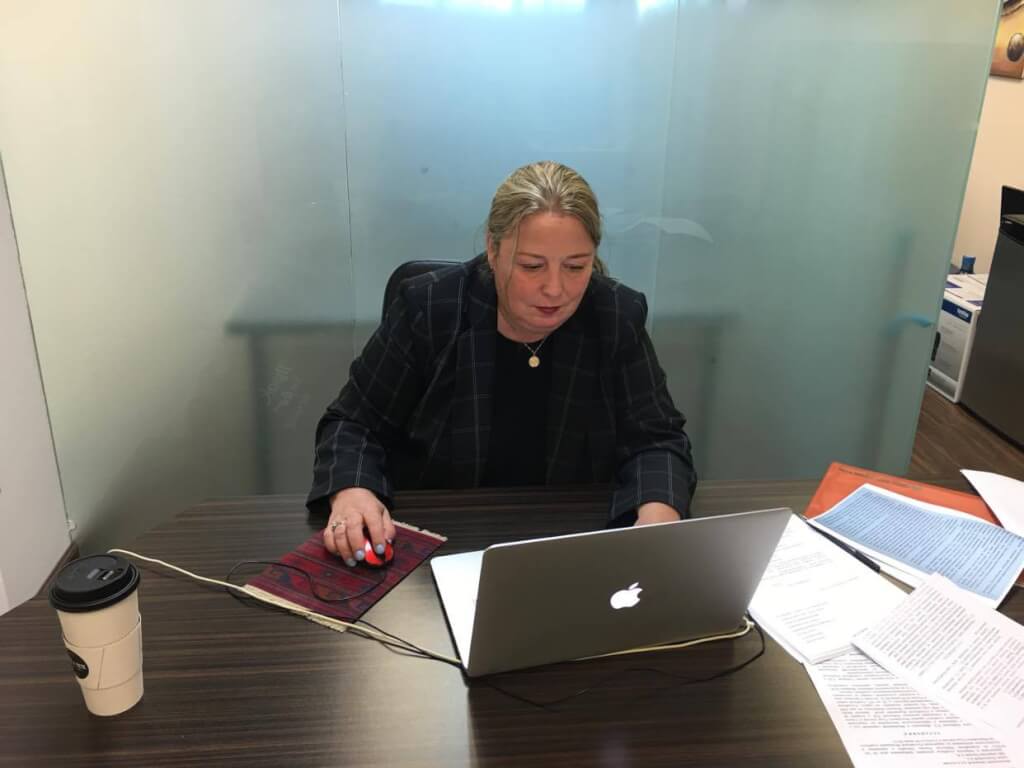 Photo from the personal archive of the author

Birth certificate is important not only in the USA

I am often approached by people who have long lived in the United States and have long had American citizenship. They have no immigration problems and no need to prove anything to anyone. But there is a need to restore the birth certificate. Because life does not stand still. Some of them want to immigrate to Israel, others to Costa Rica, others to move to Russia, and so on. And all these countries require a birth certificate from them.

In particular, one of my clients decided to obtain Russian citizenship in a simplified manner due to the fact that he was born in Russia. It would seem that everything is simple - to confirm the fact of birth on the territory of the Russian Federation with a birth certificate of the state standard, and then it is already a matter of technology. But it was not there! The birth certificate received for him did not contain information about the place of birth.

You ask how this can be. But maybe. The fact is that in the period from 1919 to 1959 (yes, as many as 40 years), there were no lines for the patronymic and place of birth in the form of an act record. The actual records themselves were compiled by the then employees of the registry offices to the best of their understanding, but in most cases without specifying the patronymic and place of birth. At the same time, the birth certificate form contained the lines missing in the act record, and this information was entered into the birth certificate itself, but based on formal logic (father Vasily, which means the patronymic is Vasilyevich, the birth is registered in Moscow, which means the place of birth is Moscow). Thus, millions of people have been and are in the false confidence that everything is in order with their documents. The illusion collapses only when a second document is received, the lucky owner of which learns with amazement that he, it turns out, is not Vasilyevich at all, and his place of birth is not as obvious as it seemed before.

For example, in 2015, at the request of one of my clients, I restored her birth certificate. This certificate contained all the data: surname, name, patronymic, date and place of birth. But when she turned to me with a similar request in 2021, then in her new birth certificate there was no longer even a hint of a middle name and place of birth. The woman was incredibly upset, and by her own admission, her life was crumbling - discrepancies in the documents created serious problems for her, and it would not be easy to explain this to the immigration authorities of the overseas country. Of course, as a Russian lawyer, I could prepare a legal opinion for her and substantiate - from the point of view of Russian legislation - the reasons for such drastic changes. But the client didn’t want to hear about such a scenario: “Give me back my middle name and place of birth!” - she sobbed into the phone.

On the subject: Mysticism and ownership: how can an immigrant protect his property in his homeland

You ask how this could have happened. After all, quite recently the middle name was available, where could it go? Who was wrong, the then employees of the registry office or the present? The answer to this question is contained in the Order of the Ministry of Justice of Russia No. 155 of June 30, 2016 "On approval of the procedure for filling out forms of civil status records and forms of certificates of state registration of acts of civil status" (registered with the Ministry of Justice of Russia under number 42777 of July 07, 2016 No. ). It turns out that until June 30, 2016, all documents of the registry office were issued incorrectly. But with the adoption of this order, the registry office was obliged to enter information in the certificates issued by the registry office - in strict accordance with the deed. And in the act record this information is not, therefore, not in the newly issued certificates.

In the past, the work of the registry office was carried out frivolously. A couple of years ago I was approached by a man who wanted to move to Israel, rightfully considering himself a Jew. But bad luck - in the birth certificate of his father, who was born in 1945, the mother's nationality was indicated as “Russian”. But the client knew her nationality for sure, and the name spoke for itself.

Imagine his amazement when his father asked for a second birth certificate, which indicated the desired nationality. To celebrate, he applied to emigrate to Israel. But the immigration officer, suspecting something was wrong, demanded that the client provide him with the birth certificate of his father. The task, I tell you, is not an easy one, since the deed is a document for official use, it is not handed over to citizens, and access to the archival books of the registry office for citizens is closed. Completely. This clever document can only be issued at the request of the competent authorities, and in order to receive such a request, we had to go to court. Having received a copy of the deed in court, our client happily emigrated to Israel.

And to the woman who asked to return her patronymic, we made changes to the act record. As well as the man who so wanted to obtain Russian citizenship, based on his place of birth, which in 1949 no one bothered to indicate in the record.

Obtaining a birth certificate is not an easy task

On the subject: Lawyer opinion: why do immigrant children need citizenship of their parents ’native countries

As a Russian lawyer who thoroughly knows all this "kitchen", and while working in America, I come across people every day who need to restore a lost birth certificate or add missing information to it. Check your documents, and if you understand that something is missing in them, be it a birth certificate or documents confirming a change of surname, a court decision on divorce, or a death certificate of your relative or spouse, do not postpone the restoration of missing documents on the back burner - they may be required at the most unexpected and, sometimes, the most inopportune moment.

Documents and data: what to prepare for hospitalization due to coronavirus

USA advised airlines to fly carefully over Ukraine and Russia