Tornadoes start at the outer edges of hurricanes. When a storm hits land, an increase in surface friction can lead to air vortices, explains New York Times. 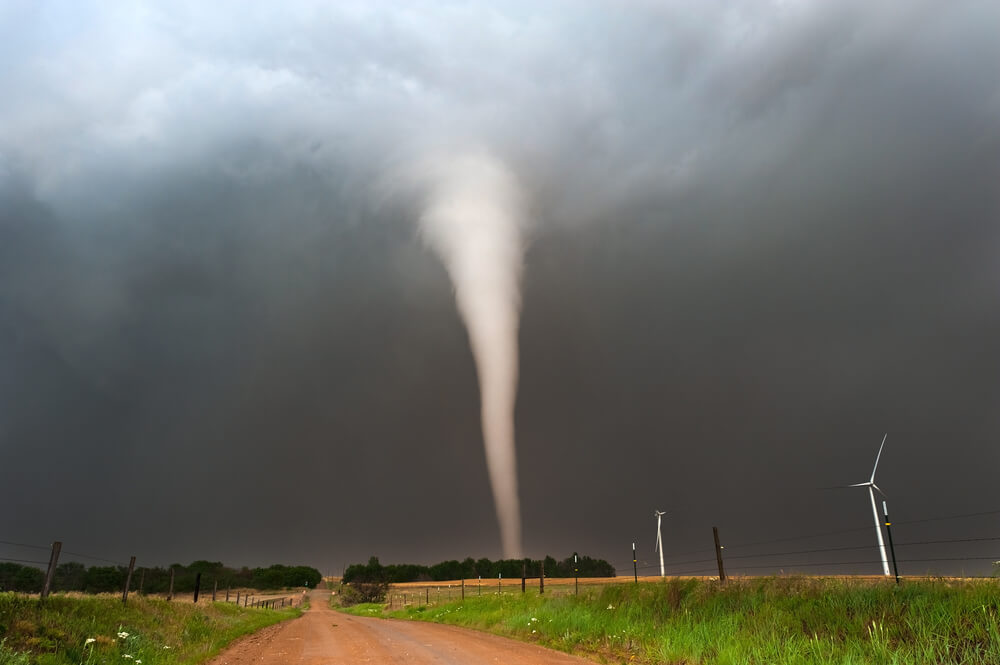 When Hurricane Isaiah swept through the Mid-Atlantic states on Tuesday, August 4, despite the steady ebb of its winds, a new threat arose - a tornado.

“Hurricanes often cause tornadoes, and they are similar to those caused by severe thunderstorms in the Central Plains,” said Yana Hauser, assistant professor of meteorology at Ohio University.

When tornadoes form, they form in the outer rainstorms of hurricanes containing convective cells - thunderstorms.

But as long as the hurricane moves over the water, tornadoes won't form, Hauser explains. The thing is that the surface of the water is relatively smooth, and in the formation of a tornado "the biggest reason is surface friction."

Once the rain streaks reach the ground, surface friction increases significantly. This slows down storm winds near the ground.

“You suddenly create a situation in which the speed and (quite often) the direction of the wind changes,” she said. This is called wind shear and can cause rotational motion in the air.

This first creates a rotating cylinder of air parallel to the surface. But, as with any thunderstorm, the hurricane's convective cells create strong updrafts. They can tilt the rotating air vertically: this is how a tornado is born.

If the upward flow is very strong, the rotating air will be compressed more, with a smaller diameter. When this happens, the tornado can intensify - like a skater stretches her arms out to increase her spin.

This can lead to a powerful destructive tornado.

“But they are usually not as long-lived and tend to be slightly weaker than those formed from super-cells in the Central Plains,” she said.

The threat of a tornado diminishes as the hurricane weakens.