What do you associate Christmas and New Year with? Yes, tangerines, a Christmas tree, Olivier, a gray-haired old man (Santa Claus or Santa, depending on the country), as well as ... truckers. "Why is this?" - you ask. But because “The holiday comes to us, the holiday comes to us ...” or “Holidays are Coming! Holidays are Coming! .. ”Remember the motive? And the video sequence? Bright, red trucks with Christmas lights, and each is driven by a trucker. This is why they are more important than Santa.

ForumDaily and trucking company SVB Express decided to find out how Coca-Cola created this legendary ad, making the trucker a symbol of the New Year. What's more, this year's iconic ad has gone ma'am. 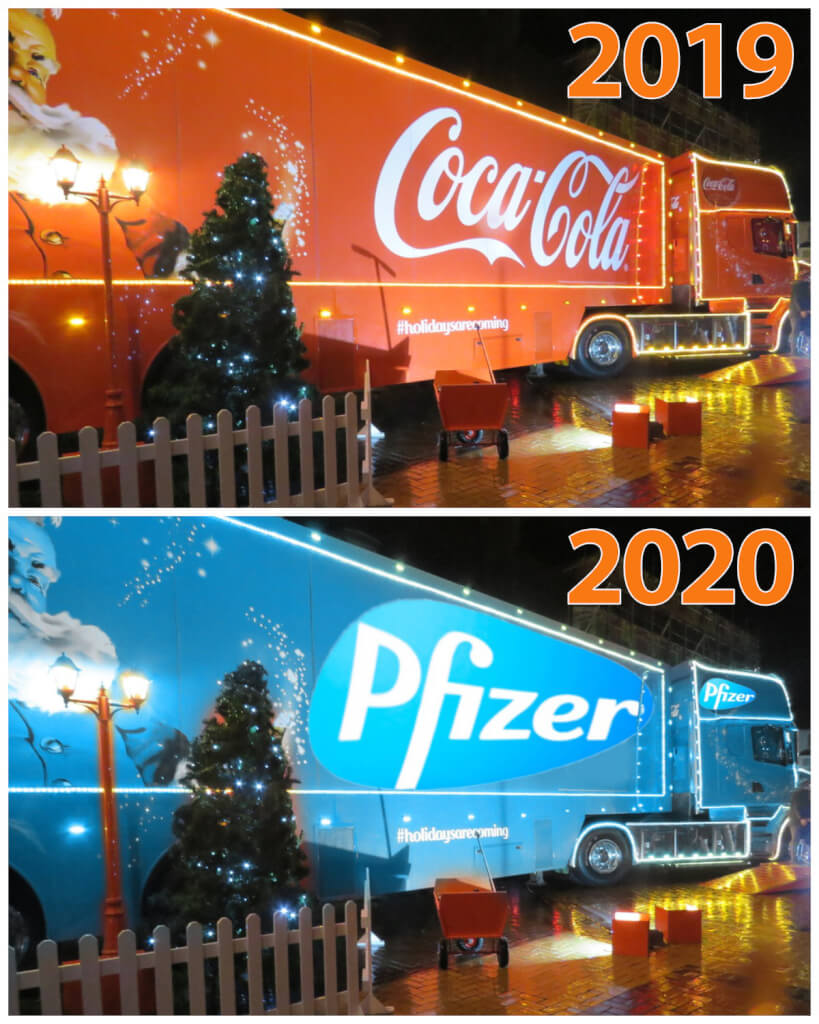 This picture once again underlined the importance of truckers' work - in the past holiday seasons they brought joy and gifts, and this time they also saved lives.

But back to Coca-Cola.

How a truck became a symbol of the New Year

The commercial with thousands of truck lights was born 25 years ago and immediately made a splash as it was the first Christmas advertisement in the United States without the traditional trappings of sleds and deer. Bright trucks quickly conquered the inhabitants of dozens of countries around the world. It is not surprising, because the organization that participated in the filming of "Star Wars" was responsible for the work of lamps with special effects on cars (there were 30 of them). Already in 000, Coca-Cola's New Year advertisement was shown on TV channels in more than a hundred countries. This is one of the few advertisements that are really expected when watching TV, even now, when the idea is a quarter of a century old.

When branded trucks were not shown on the screens in 2005, Coca-Cola received thousands of requests to continue broadcasting videos. Since then, the company has not changed this idea.

The advertisement has inspired hundreds of people to dream of becoming a happiness-delivering truck driver. Briton Matt Smith loved trucks. Having seen a Coca-Cola ad with huge holiday cars as a child, he decided that he would definitely get behind the wheel of one of them. He did not change his dream and became a truck driver. But that was only half the battle.

Red Coca-Cola trucks drove through his city, but he never got a chance to even see them with his own eyes, let alone get behind the wheel. On the eve of Christmas in 2015, the guy published several messages on social networks, where he spoke about his childhood dream. One of his posts got 50 likes and shares, reaching Coca-Cola representatives. And the company decided to support the spirit of miracles that it created. For one evening, Matt became a holiday truck driver, fulfilling his cherished desire.

How to Become a Deliver of Happiness in the USA

If you want to become a trucker in America, then SVB Express is ready to offer favorable conditions.

In September, against the backdrop of the global crisis, the company's management increased wages. Previously, the high was 0,75 cents a mile, now it is up to 0,95 cents a mile. This is higher than most competitors.

On average, a company driver drives 10 to 000 miles a month. This brings him $ 12 - $ 000 monthly. In addition to the salary, SVB Express offers a number of bonuses: experience and additional downloads. In addition, the company provides a winter bonus, paid inspections, as well as a referral program and the rule “The more experience you have, the higher the payment”. 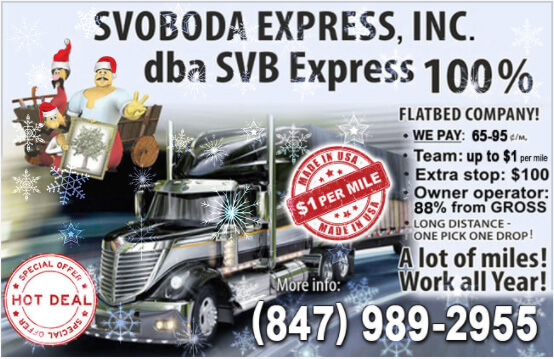 Driving a magic Coca-Cola truck is, of course, fun, and even then I would definitely not want to spend every New Year in the cab (even with garlands) instead of a family feast. And many truckers generally have to work on less colorful trucks on holidays, instead of celebrating the New Year with their family.

But in SVB Express believe in the magic of family gatherings and make sure that drivers spend the most important days with their families. The work schedule in SVB Express is selected so that the truckers do not work for wear and tear, but have a fresh mind and can control the situation on the road. Company drivers spend weekends and important holidays with their families, which helps reduce stress and stress both in the family and at work.

The famous Coca-Cola advertisement will add additional magic to the New Year's feast with the family: a son or daughter, sitting in dad's arms, will certainly be proud of their father, who drives the same car as on TV, albeit without garlands.

Join the team SVB Express and become the delivery of gifts, essential goods and other important goods, while maintaining a harmonious relationship in the family.

Driver, Technician and Director: Current Jobs of the Week in the USA

Can a U.S. employer force an employee to be vaccinated against COVID-19