Home Educational program No country in the world has a purple flag: what is the reason for color discrimination

As of 2020, there are 197 independent states in the world. Surprisingly, you won't find purple on any of the flags of these countries. Why - the author told blog "From another angle" on "Yandex.Zen". Next - from the first person. 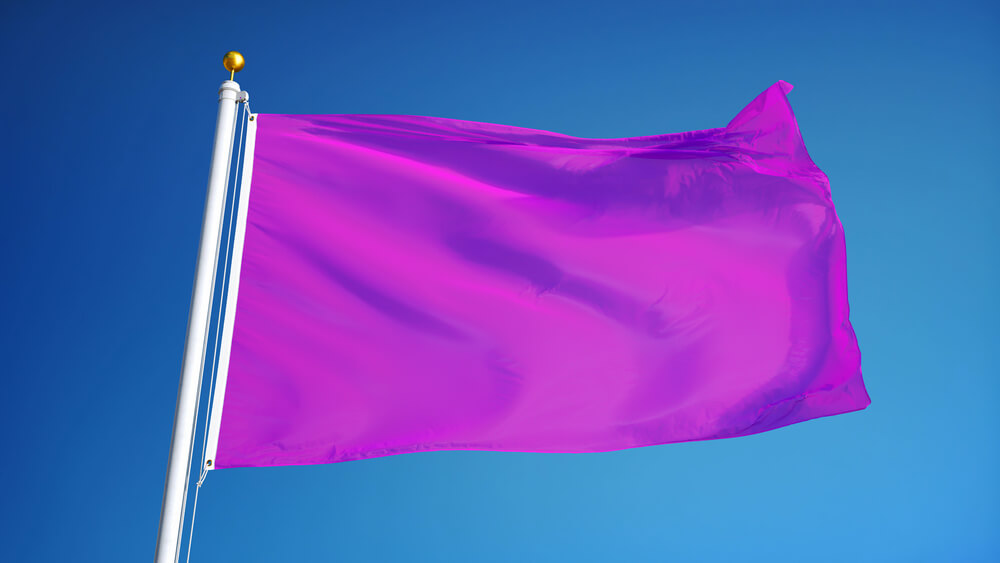 There is not a single civilization, kingdom or empire in history that would use a purple hue in state symbols.

What caused this color discrimination?

The fact is that until the XNUMXth century, purple pigment was very expensive. Purple clothing cost fabulous money and was available only to royal families. Using this shade in all its flags and banners would not be mastered by any power in the world.

So it turned out that the purple shade did not have time to occupy its niche.

Why was the color so expensive

The violet hue was obtained from a magenta dye. Purple was extracted from rare marine molluscs of the spine family. The problem was that the process was quite energy-intensive, and these animals lived only off the coast of modern Lebanon.

To make 70 grams of the dye, it was required to catch 10 thousand shellfish. For comparison: to dye 1 kg of wool you need 200 grams of organic purple dye, that is, you need to catch and process more than 30 thousand marine life.

On the subject: One US state changes flag due to protests

In the 1rd century A.D. 50 kg of wool, dyed purple, was estimated at 9 thousand denarii, in terms of modern money - more than $ 28 thousand. A pound of purple silk cost $ XNUMX.

The purple cloth was so expensive that sometimes even the Roman emperors were avaricious. In 275, the emperor Aurelian did not allow his wife to buy a purple silk scarf worth 300 thousand denarii. Historians have calculated that the price of the headscarf was equivalent to $ 56.

Needless to say, how profitable this business was? It is believed that the secret of making purple was invented by the Phoenicians. In Antiquity and the Middle Ages, the main centers for the manufacture of purple were two Lebanese cities - Tire and Sidon. The highest quality purple from Tire was recognized. It was worn for a long time, withstood washing well and did not fade in the sun.

That all changed in 1856, when 18-year-old chemist William Henry Perkin was able to create synthetic purple. The entrepreneurial guy convinced his family to start producing and selling purple paint and became incredibly wealthy. By the end of the XNUMXth century, purple had become common.

In fact, it is not entirely correct to say that no country has purple tones on the flag.

This color is used to paint a parrot on the national flag of the Dominican Republic. Nicaragua has been generous in adding a purple hue to the rainbow. Bolivia has a very bright flag that includes all the colors of the rainbow.

The capital of Japan, Tokyo, is not a separate state, but the prefecture's flag is a white sun on a purple cloth.