Thanksgiving, which has been waiting for so long, has already arrived. This year's celebration came at a particularly late date, November 28. It is always celebrated on the fourth Thursday of the eleventh month, and for a reason, writes Fox News. 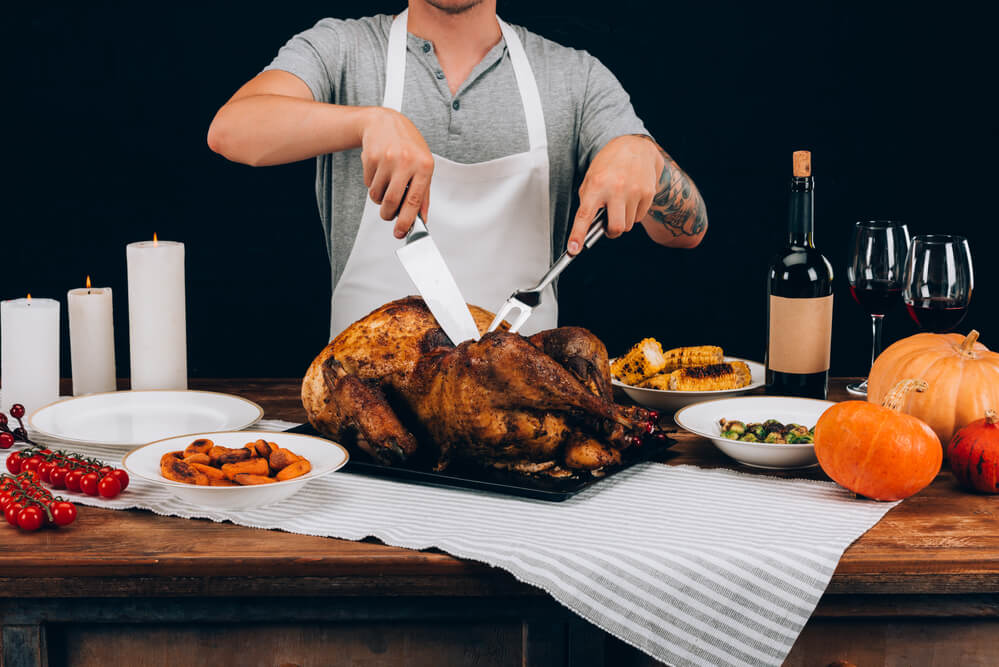 As the Farmers Almanac notes, at the beginning of the 1600, settlers in Massachusetts and Virginia held celebrations to thank for the successful harvest seasons. The most famous Thanksgiving in history has been celebrated in Plymouth in 1621. The festival was organized by pilgrims who arrived from Europe, together with invited local Indians, who helped them survive in unfamiliar conditions.

In 1789, President George Washington proclaimed November 26 a national event - Thanksgiving and Public Prayer (A day of public thanksgiving and prayer) In subsequent years, American presidents also affirmed Thanksgiving, although the dates were different.

On the subject: 15 strange dishes from America, from which foreigners are shocked

In 1863, President Abraham Lincoln announced that Thanksgiving would be celebrated annually on the last Thursday of November.

After the Great Depression that shook the nation in the 20th century, some people were worried that the Thanksgiving date of 1939, which fell on the last day of November, would harm the recovery of the national economy during the holiday season, according to the National Archives.

In response, President Franklin D. Roosevelt issued the Presidential Proclamation, which moved Thanksgiving from the last Thursday of November to the second to provide more “shopping” days before Christmas.

Despite good intentions, this decision caused new problems, as 16 states rejected the date change, and 32 accepted. Two Thanksgiving days were actually celebrated across the country.

On the subject: Thanksgiving and Black Friday: What You Can Get For Free at US Stores

“For two years, the holiday was celebrated at different times - depending on where you lived,” Fox 10 reports.

In 1941, Congress intervened and set an annual fixed date. The House of Representatives adopted a resolution that confirmed that Thanksgiving will be celebrated on the last Thursday of November. The Senate amended the resolution, specifying that the celebration should be held on the fourth Thursday, because sometimes in November there are five Thursdays.

All parties involved agreed, and President Roosevelt signed a resolution according to the National Archives. Since then, the fourth Thursday of the eleventh month has been recognized as the official federal Thanksgiving in the United States.

Thanksgiving Shopping: What Costco Can Buy

The most expensive Thanksgiving dinner is served in New York: what is treated for $ 181 one thousand

Thanksgiving and Black Friday: What You Can Get For Free at US Stores

What you can buy profitably in Cyber ​​Monday-2019: expert advice

Black Friday 2019: secrets of profitable shopping from an experienced buyer