Singer Timati revealed a photo of a luxurious Kadyrov's plane 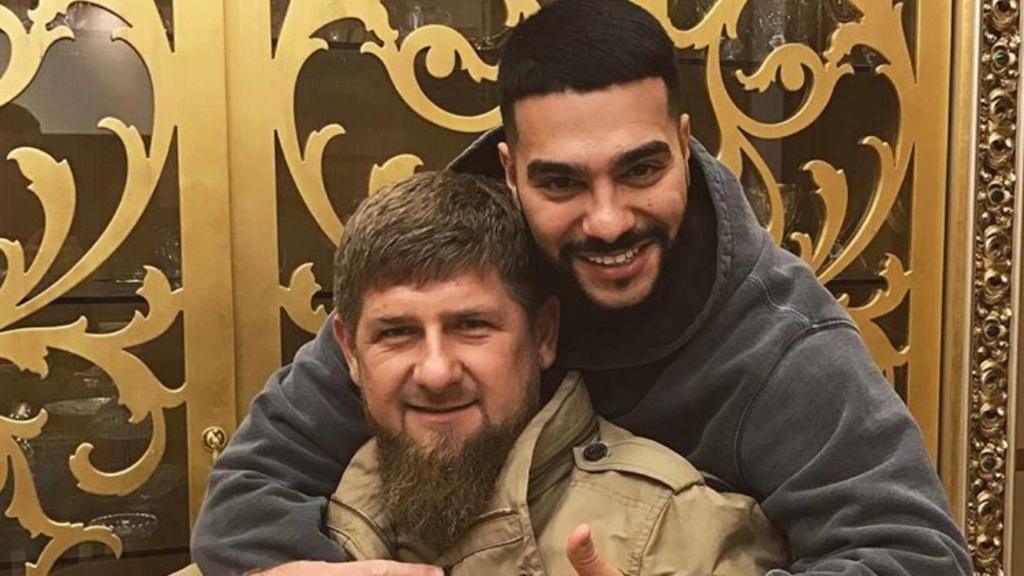 The famous Russian singer Timati (real name Timur Yunosov) removed from his page in Instagram the photograph, which allegedly was taken on board a private plane of the head of Chechnya, Ramzan Kadyrov, currenttime.tv.

The snapshot was published on 7 March. Timati signed it with the words:

“When on the eve of March 8th you were kicked out of the house, but your brother always has a spare room for you.” The singer accompanied the publication with Kadyrov's nickname in Instagram. Later photo was deletedhowever, it has been preserved in social networks. 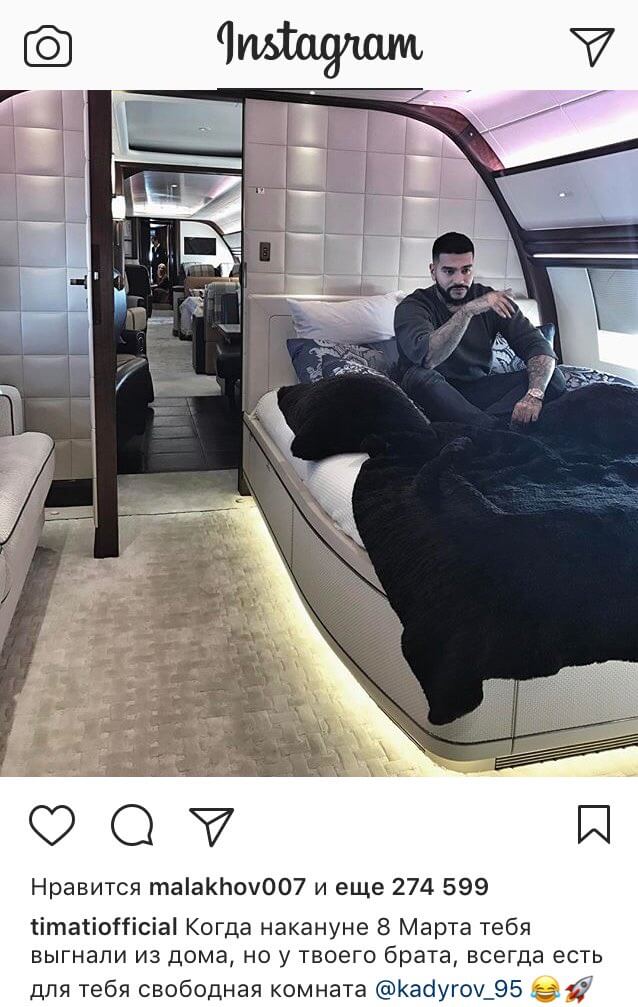 Timati has repeatedly stated that he is in close contact with Kadyrov. 2 March Timati published joint shot with Kadyrov. And in 2013, the singer posted a photo from the board of a combat helicopter of the head of Chechnya. In November 2014, Kadyrov awarded Timati the title of "Honored Artist of the Chechen Republic" after dispute with Dima Bilanin which Kadyrov sided with the rapper.

Timati in response thanked Kadyrov's “real man” for his position. “I am glad that our ideology of healthy lifestyle and education of sober youth coincides !!! It is an honor for me to be friends with you and to be an Honored Artist of the Chechen Republic !!! ”.

7 cultural events not to be missed in the spring

Svyatoslav Vakarchuk about studying in the USA, emigration and the main fan

Yuri Shevchuk: “It is important not to“ unhumanise ”before Armageddon”

Mikhail Efremov: I love Manhattan - you won’t get lost in any condition