Home Incidents The first victims and the alligator in the yard: the consequences of hurricane Sally in the USA

Hurricane Sally appears to have caused more than just high winds, floods and dangerous storm surges. At least one person died and one went missing. And in Alabama, they found an alligator in the yard. Writes about it Fox News. 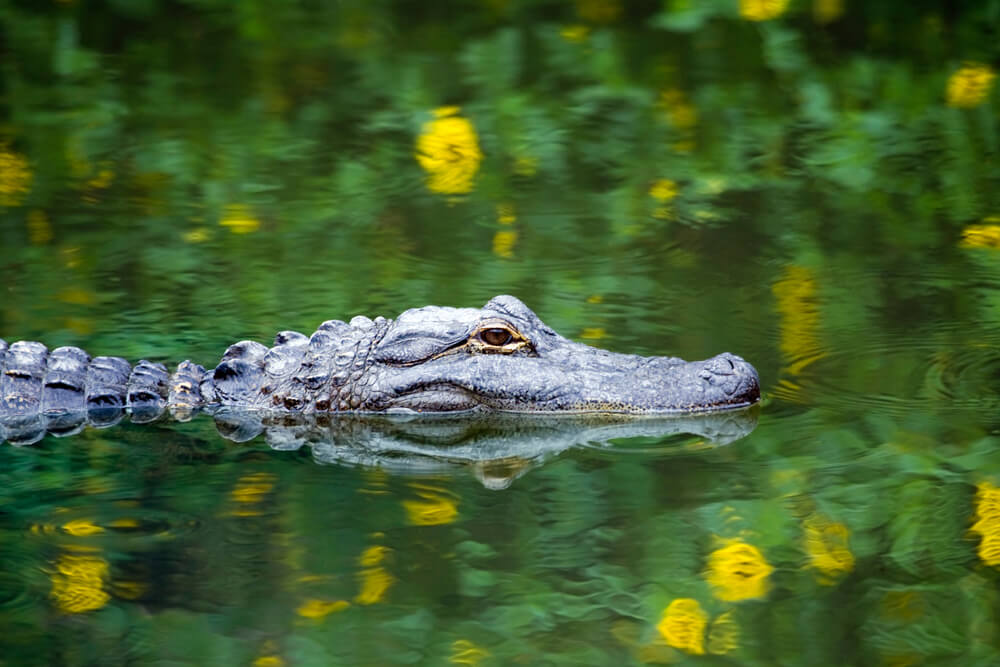 Alabama resident Tina Bennett filmed a giant alligator floating in the water near her home in Gulf Shores.

A massive reptile is another reason not to leave the house until the flood recedes.

“There are not only collapsed power lines, but also wild animals,” wrote WKRG-TV meteorologist Thomas Geboy.

An eel was caught floating on the side of a highway in Orange Beach, Alabama, later that day, according to reporter Brittany Decker.

“This is another typical Wednesday of 2020,” the journalists wrote.

According to the National Hurricane Center (NHC), Sally came ashore at 4:45 am CST near Gulf Shores as a Category 2 hurricane.

He brought heavy rains. At least eight roads in southern Alabama and Florida are expected to experience severe flooding.

The National Weather Service has warned that some of the ridges could break record-breaking ones that could flood bridges and houses.

In Orange Beach, around 50 people were rescued from flooded homes and placed in shelters, according to Mayor Tony Kennon.

Another reason to SHELTER IN PLACE until flood waters recede. Not only are there downed power lines, but there's also displaced wildlife. This 10-12 ALLIGATOR was just outside of a house in Gulf Shores on Plash Island earlier this morning.

“We have a few people we just couldn't get to because of the high water level,” Cannon said. “But they are safe in their homes. As soon as the water recedes, we will save them. "

According to the Alabama Department of Conservation and Natural Resources, the state is home to 93 native reptile species, including 12 lizards, 49 snakes, 31 turtles and the American alligator.

At the latest, one person died in Hurricane Sally. Orange Beach authorities confirmed the death and said another person was missing. The death occurred in the Back Bay Orange Beach area and was related to water, the official said. Additional information about the victim has not yet been published, writes Dailybeast.