The Servant of the People party showed an absolute record of support in the entire history of independent Ukraine. Prior to that, the Party of Regions gained the most on the lists in the 2007 elections - 34,37%. 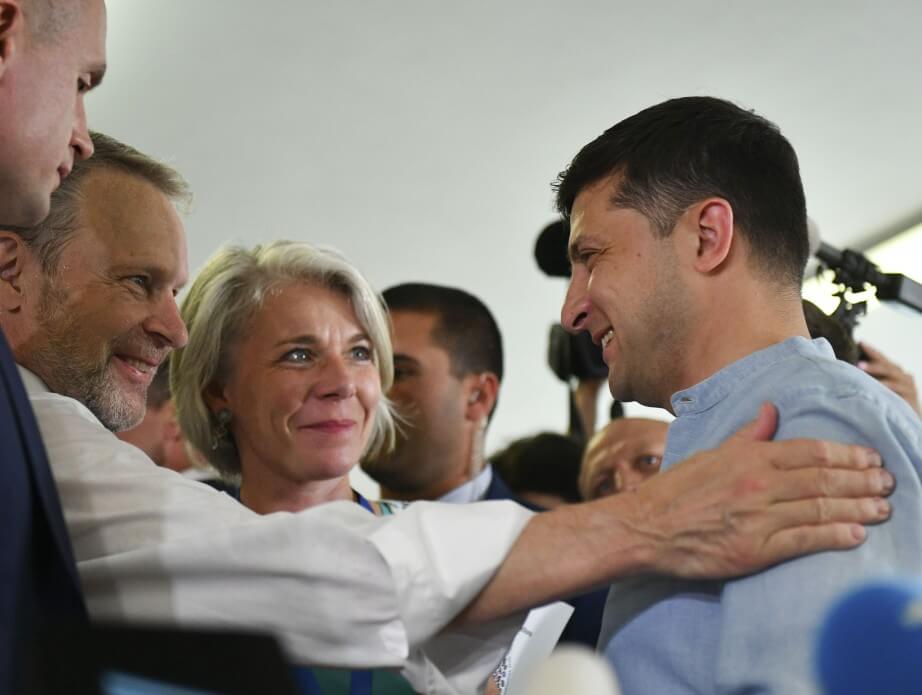 This is stated in the publication “Ukrainian truth".

It is noted that Zelensky's party broke another record for Yanukovych's party by holding the largest number of majority members in the Rada. Prior to that, the best indicator belonged to the “Party of Regions”, which in 2012 won 113 majoritarian districts.

Zelensky's party takes the same votes that cast for him in the first round of the 2019 presidential election: 5,7 million people voted for Zelensky then, and 24 million voted for Servant of the People as of July 6,2.

Fewer voters voted for VO Fakel and Independence parties. For two, they took 0,1% of the vote.

The winner of the previous elections on the party component, the Popular Front, could not survive until the next elections. The NF did not participate in the 2019 elections, saving space on the ballots.

However, 7 former members of the “front-line” faction entered the new parliament by districts or in the lists of other parties.

The largest regression in the list part compared to 2014 from the current parliamentary parties, excluding the Popular Front, was demonstrated by:

Here You can see the full list of parties and preliminary results.

Interesting facts about the new parliament

The first monobolshinstvo in the Ukrainian parliament

For the first time in the history of independent Ukraine, one party gets the majority in the Verkhovna Rada. As of now, "Servant of the People" is holding 254 people's deputies to the Rada.

After the Communist Party of the USSR lost its monopoly position in politics, it was not possible to form a single party in the parliament.

The closest to the indicator of 226 votes required for a majority in the Rada was the “Party of Regions”, which in 2012 had a faction of 185 deputies.

According to preliminary results, in the Rada of the 9th convocation, three quarters of the deputies will be “newcomers”. As of now, 323 candidates are entering the parliament, they did not work there before: 167 of them are elected by lists, 156 - by majority vote.

Most of the “new” are led by “Servant of the People”, neither in the list nor in the districts has former or current people's deputies, and “Golos”, among whose lists only Svyatoslav Vakarchuk had a mandate.

Most of the “predecessors” will probably be elected as self-nominated candidates - there are 35 of them out of 49 candidates.

The new parliament will include lawyers, journalists, athletes and showmen.

After the presidential election, representatives of show business, culture and media began to massively move into politics. This year, humorist and TV presenter Sergey Pritula, as well as singer Ivo Bobul, tried their hand at elections.

Unfortunately, Prituly and Bobula will not be in the new parliament, but there will be many other stars, TV reporters, journalists and sportsmen in the Rada and without them.

People's Deputy of the Verkhovna Rada of the VIII convocation Nadezhda Savchenkowhich ran in the single-member constituency No. 51 in the Donetsk region (it turned out to be the smallest in Ukraine), received only eight votes in its support.

As the edition notes “Facts“, Savchenko tried to conduct her election campaign, including in the uncontrolled territory of the Donetsk region.

The Wall Street Journal: Comprehending the Jewish President of Ukraine

How do the parents of Vladimir Zelensky live? Rare photos