Home In the U.S. A pair from Virginia adopted six blind children from different countries

Joe and Karen Bartling from Virginia became foster parents for six blind children, including a girl who the biological mother immediately threw into the trash after birth. 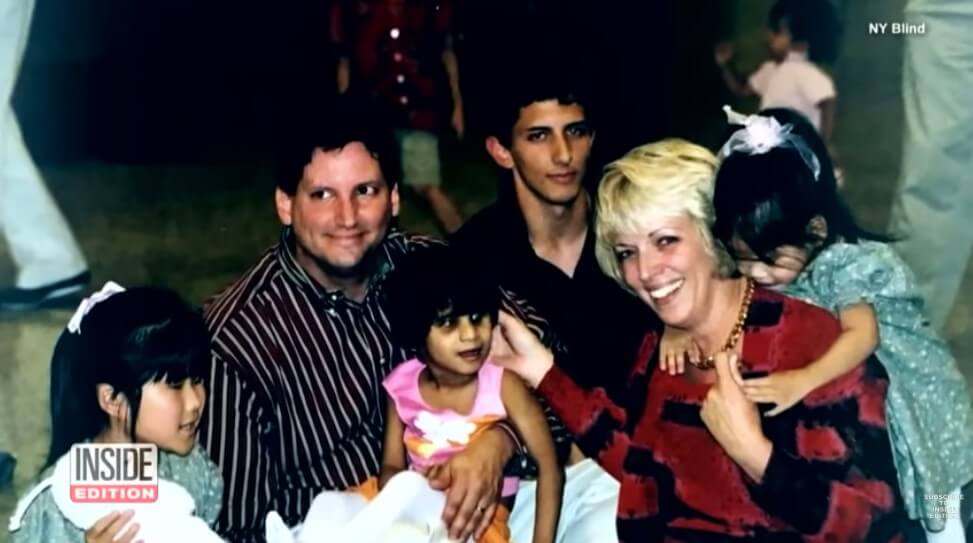 The couple always dreamed of a big family, but they managed to give birth to only one child - the son of Joel. After an unsuccessful artificial insemination procedure, the spouses turned to the adoption agency, writes Mail.ru.

There they were offered to adopt 2-year-old Hannah from South Korea, who was born without an eye because of a malformation. As a result, in 1997, the girl moved to Bartling.

“As soon as we saw her photo, we thought only: 'My God.' Then we just flew there and took her. After that, it took us about a week to accept the fact that Hannah does not see anything and cannot change this, ”said the girl's adoptive parents.

After that a couple adopted five more children Visually impaired - Jesse, David, Lunch, Bethany and Ebi - from around the world. Ebi got into the Karen and Joe family after the police found her in a trash can in one of the parks in India.

Despite domestic difficulties associated not only with the daily routine, but also with the disabilities of children, Karen and Joe consider their family quite normal.

“I have to cook food, wash, but all family members help me - all the children make their own beds, each has his own responsibilities at home. We are a normal family, ”said Karen.

Adoptive parents admitted that they and their children attract attention when they go to public places, but they are already used to it. In addition, sometimes kind-hearted strangers even pay their bills at a cafe.

Nine tax credits and loans that parents can get