Main page In the U.S. COVID-19 pandemic exacerbates US opioid crisis: overdoses increased by a third in 2020

A year ago, the United States was swept by the COVID-19 pandemic, the scourge of opioid addiction, with over 2019 deaths due to drug overdose in 70, according to the National Institute on Drug Abuse. The details were told by the edition ABC News. 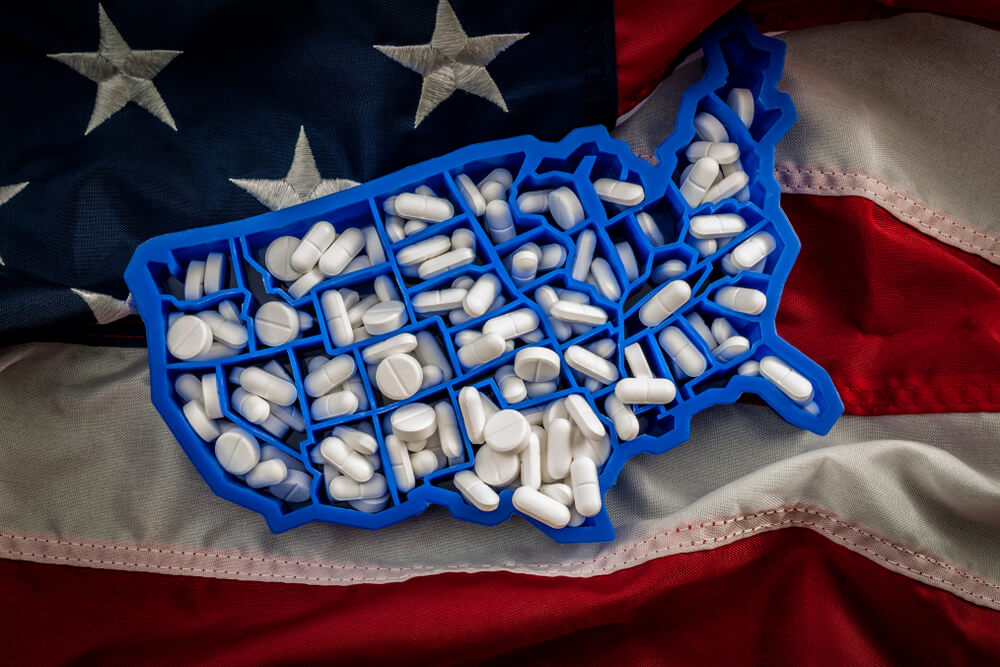 According to the latest research, the opioid epidemic has not gone away. She's likely hiding in the shadow of the COVID-19 pandemic, gaining momentum and taking advantage of a society that is now more vulnerable than ever.

In a large study published in JAMA Psychiatry on Feb.3, which analyzed about 190 million emergency department (ED) visits, researchers found higher emergency room visits due to opioid overdose between March and October 2020 compared to indicators in the same period in 2019.

The study found that an average of 45% more people went to emergency departments every week for help due to an overdose since mid-April compared to 2019.

The total number of visits to the emergency department due to opioid overdose increased by 28,8% compared to the previous year.

Some survived these overdoses, while others were unlucky.

On the subject: Thousands of deaths: quarantine exacerbated the US opioid crisis

In December, the CDC said that overdose deaths were accelerating during the pandemic due to synthetic opioids, which rose 38,4% in the year leading up to June 2020.

Any force that threatens mental health makes society more susceptible to the threat of addiction. For some, this power may be the fear of contracting COVID-19. For others, the stress of losing a job. And the third is the boredom of being trapped at home idle.

“The disruption of daily life due to the COVID-19 pandemic has hit people with substance use disorder hard,” said former CDC director Dr. Robert Redfield.

The same study showed that the number of visits to emergency departments for mental illness, violence by partner, child abuse and neglect increased during the same period as suicide attempts.

Although many lives have been saved through isolation orders. While vaccines have become the light at the end of the COVID-19 tunnel, the US will have to face a growing problem of social isolation and mental illness, experts say.

“Social distancing has forced many programs like Alcoholics Anonymous to suspend their meetings. The need for effective treatment for substance abuse has never been greater, ”explained Linville Meadows, M.D., physician and author on addictions.

Loss of loved ones

"My husband died quite recently, I still try to come to terms with this every day," - says Victoria in the video VOA.

Victoria's husband died of an opioid overdose. For many decades, he took strong pain relievers after numerous spinal surgeries.

“I thought he took a lethal dose, thinking it was his usual normal dosage, but it was fentanyl,” says Victoria.

Fentanyl is a synthetic opite that is 100 times stronger than morphine. Just a few milligrams of fentanyl can be fatal. However, this has not stopped drug dealers from frequently mixing it with heroin and methamphetamine.

“Drug dealers do this to make their clients even more addicted. Fentanyl is also cheaper and stronger than other drugs. As a result, many more overdoses occur, ”said Jarot Forget, a spokesman for the Drug Enforcement Administration.

Authorities estimate that more than 12 people have died of overdose in the United States in the 2020 months before early July 86. This is 24% more than a year earlier. In the capital of the country in 2020, this increase was 60%.

Psychiatrists note that the pandemic has provoked a deepening of the opioid crisis.

“Stress is the clearest indicator of whether people are going to take drugs. What causes stress? The social isolation we live in, job loss, economic downturn. I really want to find a way of quick temporary relief, ”says psychiatrist Nora Volkov.

Corrie Cushimano lost her son in 2015. He died of an overdose. Today, a woman is leading a support group for those who have faced such grief. Corey notes that not every family can afford to pay for long-term drug dependence treatment.

“Rehabilitation centers are very expensive - 30 days of treatment in them cost from $ 6 to $ 14 thousand. But even after them, many people still feel that they have lost the level of support they had in the clinic, ”says Corrie.

With the onset of the pandemic, the risk of the spread of the coronavirus has made it harder for people with addiction, especially the poor, to get help.

“Now people need technology and the Internet to contact support services. But drug addicts and the poor in general often lack such opportunities, and sometimes even know how to do it. Everything has become very impersonal in a job that actually requires personal contact and touch, ”explains help desk spokesman Mark Robinson.

The White House stressed that the administration of President Joe Biden is working to resolve this crisis and, relying on science and facts, wants to expand support for drug addicts.

“We start working with schoolchildren. If they learn early about the risks of using hard drugs, the demand for them will stop, ”said Raj Pareh, Acting Attorney for the Eastern District of Virginia.

In addition, drug enforcement agencies are now expanding their prevention and community outreach campaigns. Mental health is also important. Families at risk of losing loved ones to drug addiction should be both harsh and gentle at the same time.

“Very often drug addicts hate themselves, because they understand that they bring a lot of pain to their families. We must remind them that we love them. But at the same time, be tough. Destructive behavior should not be allowed, because in the end it harms everyone, ”sums up Victoria.