Home Page In the U.S. Security, retirement, a place in a cemetery: what Trump will lose in case of impeachment

Retroactive dismissal threatens him with the abolition of presidential benefits, writes TASS. 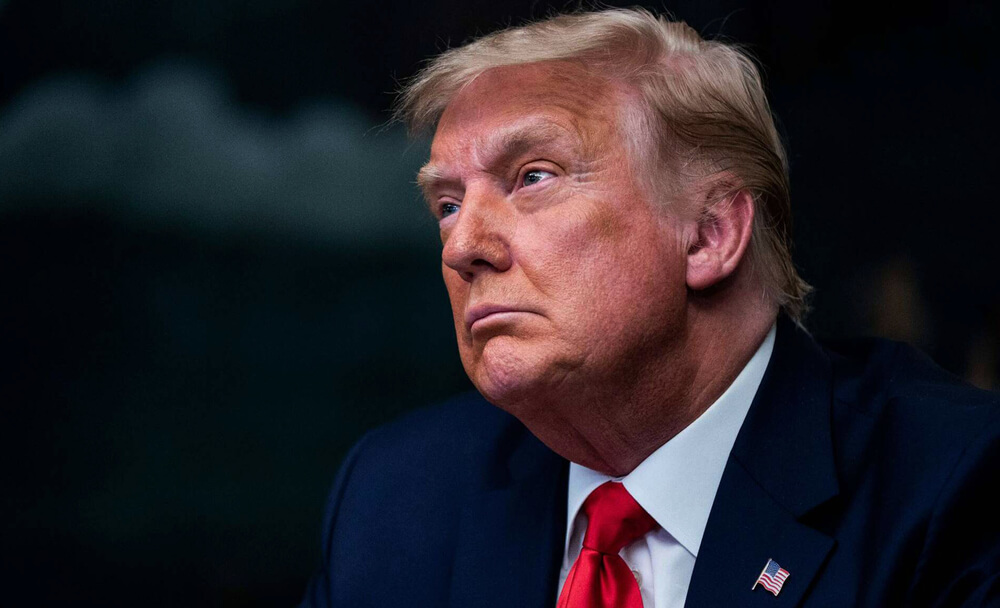 On February 45, the US Senate will begin the process of the second impeachment of Donald Trump. And this time its peculiarity is that the XNUMXth president has already resigned. At the same time, the former leader still has something to lose, since his status gives many privileges. Therefore, if two-thirds of the Senate still votes for Trump's resignation, he may lose various benefits and bonuses that are due to all US presidents. Read on to find out what Donald Trump is at risk of losing.

Both incumbent and retired American presidents are costing taxpayers millions of dollars. Like all other civil servants, the US President receives a salary for his work. According to official figures, the head of state's salary is $ 400 per year. At the same time, after the end of his service, the president still remains with the government. He is entitled to various privileges - from permanent security to a personal office, unless he is removed from office. According to the calculations of the National Union of Taxpayers Fund (FNTS), from 2000 to 2020, the four current US presidents who left office were provided with benefits and bonuses totaling $ 56 million.

Until the late 50s, American leaders received no special pension after leaving the White House. It was introduced after Harry Truman faced financial difficulties after serving his presidential term. Now leaders who have retired from running the country are paid an amount equal to the annual rate of the secretary of state, head of the department of defense, transport or labor. Currently it is about $ 219.

If the president dies before the first lady, then his widow will receive a cash allowance of $ 20 thousand per year, provided that she does not remarry until she reaches 60 years of age and does not hold an elected office or office in the federal government.

Every president who leaves the White House receives life-long protection for himself and his wife. Their children under 16 are also protected by the Secret Service. According to VOX, as an alternative, the president can refuse protection, but request up to $ 1 million annually for himself and his assistants and up to $ 500 thousand for his wife for travel and security.

According to some media reports, before leaving the White House, Trump ordered the protection of all his daughters and sons for the next six months.

As Business Insider notes, citing data from the Department of Homeland Security, in 2017, the US Secret Service budget was $ 1,9 billion.

The outgoing head of state has the right to a personal office and gets the opportunity to hire staff there.

In the first two and a half years after leaving the White House, the outgoing president is allocated $ 150 thousand a year for salaries for the employees of this office, later this amount is reduced to $ 96 thousand.

The president has the right to choose the place where this office will be located, while the General Services Administration, an agency that provides economic services to government agencies, is obliged to find a place for him and equip the premises with appliances and furniture. As noted in the Federal Tax Service, last year Bill Clinton, George W. Bush and Barack Obama spent more than $ 500 thousand each on office rent.

The most economical turned out to be Jimmy Carter - only $ 118 thousand was spent on his premises.

This is the only thing that cannot be deprived of Trump, since he still cannot claim this bonus. Only those leaders who have spent at least five years in office receive life insurance. That is, it goes only to those who were able to be re-elected for a second term. After that, presidents can go to veterans' hospitals and pay 75% of their medical bills thanks to taxpayers.

As Business Insider previously calculated, Trump's treatment for coronavirus would have cost him about $ 650 if it were not for the president's medical package. This includes experimental drugs, military hospital stays, and helicopter travel.

As former chief deputy director of national intelligence Susan Gordon wrote in the Washington Post, to “support the outgoing president's continued involvement in advancing America’s interests,” intelligence briefings continue to be held for them.

And this is not about a procedure provided for by law, but rather about a tribute to the respect that the current presidents show their predecessors. Therefore, Joe Biden can at any time order not to conduct such briefings for Trump, which is what Gordon requires in his column.

Place in the cemetery

In the event of the death of the president or the first lady, they are seen off on their last journey with all state honors, including condolences from the current head of the country. According to CBS, the ceremony can last for several days and become a national event.

The president's family receives a military escort, a military band, a police cortege, a volley of 21 guns and other ritual services. The funeral is often attended not only by politicians, relatives and ordinary citizens, but also by representatives of foreign countries.

Every American president has the right to be buried at Arlington National Cemetery in Washington. In practice, this rarely happens - so far only two US presidents are buried there: William Taft and John F. Kennedy. The rest bequeathed to bury themselves in their home states.

As CNN writes, referring to Michael Gerhardt, a law professor at the University of North Carolina, if the Senate still supports Trump's impeachment, then the House will have to specifically vote a second time on depriving the 45th president of his state benefits, since his term of office ended before the trial.

In one of the cities of Florida, 'Trump Week' was officially established

Biden's administration deported hundreds of people in its early days.

'One of the greatest presidents': Republicans proposed to establish Trump Day