Home Page In the U.S. The cancellation of festivals, quarantined stars and the first death: how the coronavirus paralyzed the world of show business

The cancellation of festivals, quarantined stars and the first death: how the coronavirus paralyzed the world of show business

Museums, galleries, theaters, cinemas, concert halls and clubs around the world are closed. Against the backdrop of the total paralysis of all social life in the world and the colossal, yet not calculable economic and social damage, the losses in art and culture do not seem so significant, writes Air force. 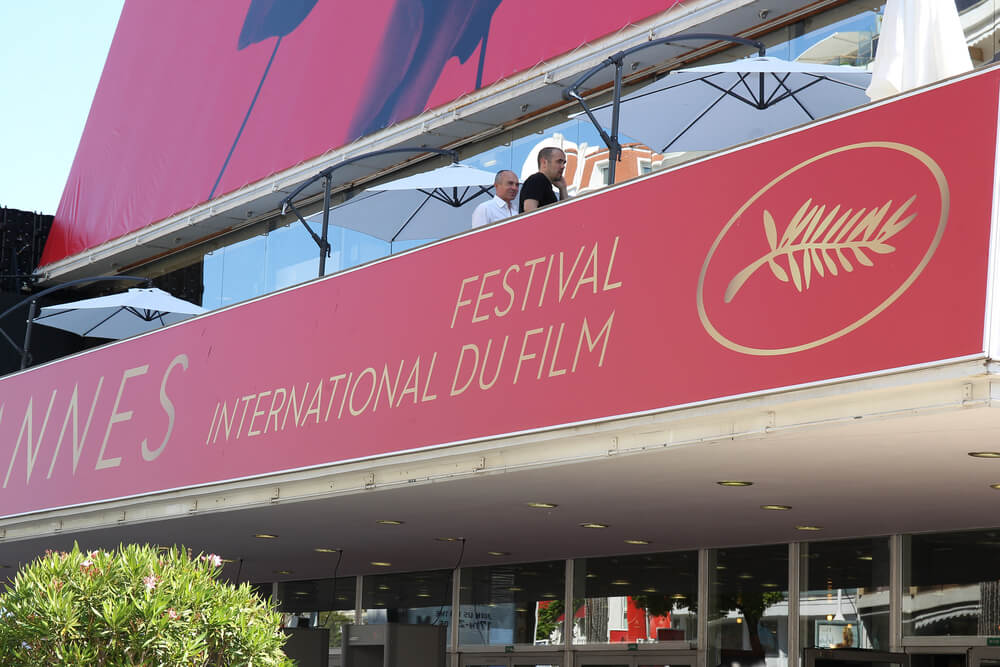 Nevertheless, on March 24, news came from Paris about the first death of a noticeable person from the world of show business from the coronavirus.

Manu Dibango, a 86-year-old saxophonist and singer, was a native of Cameroon and is considered one of the founders of Afrojazz, a music that combines jazz and funk with traditional African melodies.

As a child, he was sent to study in France, where in Paris jazz clubs the guy first heard Louis Armstrong and County Basie. Since then, he became an ardent supporter of jazz, not forgetting, however, about his African roots. Most of his professional career took place in Europe. 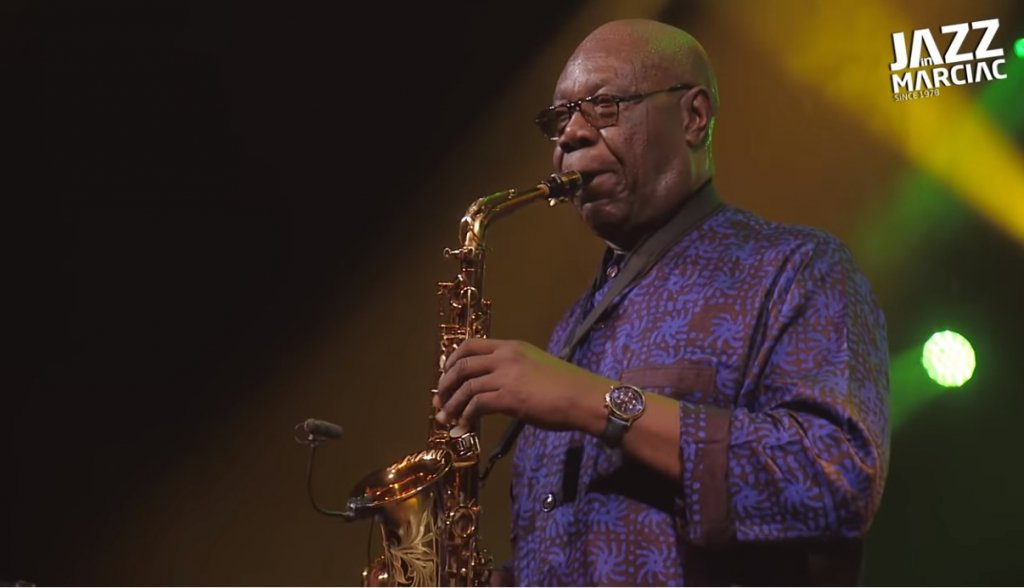 Although most of all he is paradoxically known for the scandals surrounding the theft of his tunes by more famous stars.

In 2009, Dibango sued Michael Jackson for using the theme of his most famous hit, Soul Makossa, in two songs from the legendary Thriller album. Jackson acknowledged the loan and settled the case before the trial.

He filed a similar lawsuit with the same result against the singer Rihanna.

The funeral of Dibango, as stated in a message on his Facebook page, will be held in Paris in the presence of only the people closest to him.

The famous Benin-based jazz singer Angelica Kidjo, who lives in America, called Dibango “a giant of African music and a wonderful person”.

On the subject: Coronavirus discovered at heir to the British throne

American actor Tom Hanks, the most famous of the artists infected with the coronavirus, announced that he and his also infected wife, actress and singer Rita Wilson, are feeling better.

They were diagnosed in Australia, where they arrived in connection with Wilson's concerts scheduled there earlier this year. After initial hospitalization, they spent two weeks in quarantine and self-isolation in a specially rented house for this in the Australian province of Queensland.

Hanks also had professional reasons for being in Australia. There began filming of a biopic about Elvis Presley, where he plays the role of the infamous manager of the singer Tom Parker, nicknamed "The Colonel".

This will be almost the first negative role in the famous actor's long-term career. The film was shot by Australian director Baz Luhrmann, the author of such high-profile Hollywood hits as Romeo and Juliet, Moulin Rouge and The Great Gatsby.

Hanks and his wife are not the only stars whose coronavirus test yielded positive results.

British actor Idris Elba, one of the possible successors of Daniel Craig in the role of James Bond, announced the infection and, accordingly, self-isolation. “I have no symptoms yet, and there is no reason to panic,” he wrote on Twitter.

Also, one of the “Bond girls”, Craig’s partner in the film “Quantum of Solace,” Ukrainian-French actress Olga Kurylenko, announced a positive test for coronavirus on her Instagram page.

On the subject: Eurovision 2020 canceled due to the coronavirus pandemic

Hanks recovered, but filming a biopic about Elvis was suspended. And this is far from the only cancellation of a major film project.

Warner Brothers has suspended work on the next episode of "Batman" starring Robert Pattinson.

The same fate befell and Disney began filming with live actors a remake of its classic full-length animated film The Little Mermaid based on the tale of Hans Christian Anderson, in which singer and actress Halle Berry was to play the main role.

Universal has stopped filming the next sequel to "Jurassic World-3", in which the audience had to meet with the beloved characters from the first films, played by Sam Neal, Laura Dern and Jeff Goldblum.

The largest and most respected Cannes Film Festival in the world persisted for a long time, but in the end was forced to admit that it was impossible to hold it on schedule scheduled for mid-May. So far, it has been transferred to the middle of summer, but no one can say how realistic this plan will be. 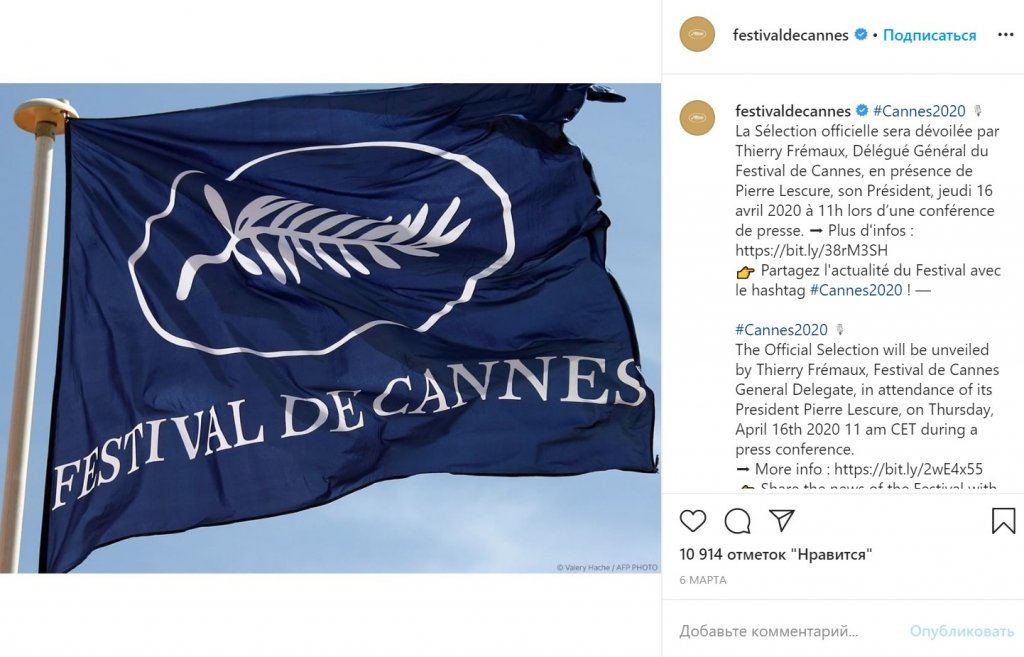 The most famous in Britain and worldwide summer rock festival "Glastonbury", which was supposed to celebrate its half-century anniversary this year, having secured on this occasion the consent of veteran Sir Paul McCartney and the brightest contemporary pop star Taylor Swift, has been canceled ...

The Eurovision Song Contest, scheduled for May 20 in Rotterdam, Netherlands, in which Russia, which announced the fashionable Petersburg group Little Big as its participant, had special hopes this year, has also been canceled. Although its organizer, the European Broadcasting Union, has not yet given up completely. It said in a statement that only the competition was canceled and that they are "exploring the possibilities of an alternative, non-competitive program that will provide entertainment for the European public during these difficult times."

Culture, art and show business are in a feverish search for alternative forms of existence. And as the main, if not the only possibility for this, we see the transfer of all activity to virtual online reality, where artists and cultural institutions will be able to show their art, and viewers perceive it without entering into physical contact with each other.

40% of new cases in the world: US could be the epicenter of the COVID-19 pandemic

Pizza with pineapple and Corona beer: what products do not buy in the USA even in a crisis

He helped to eradicate smallpox and make the film 'Infection': the epidemiologist told how to defeat the coronavirus