Home World Where do Meghan Markle and Prince Harry get their money from after giving up royal duties?

Prince Harry said the family cut off funding after he and Meghan relinquished their senior British royal status and moved to California. Where does the couple take money for life, the publication found out with the BBC. 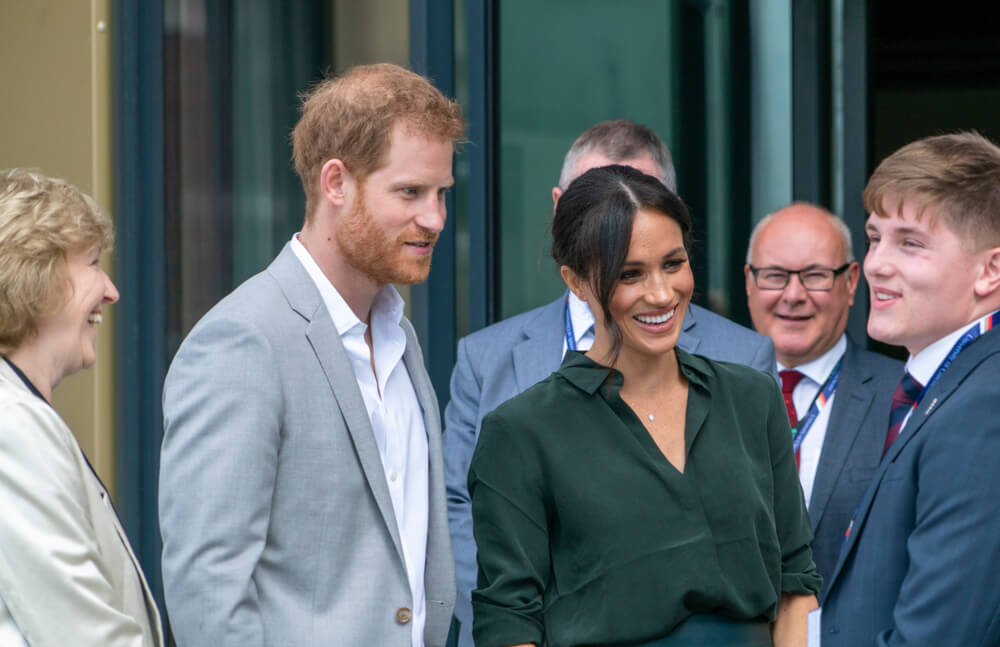 The Duke and Duchess of Sussex announced in January 2020 that they are relinquishing royal duties and are working to be financially independent.

It was decided that Prince Charles would continue to support the youngest son and his family for some time from his own funds, which the Duchy of Cornwall brings him.

According to the financial statements of Charles, he spent about $ 7,7 million on his two sons and their families in the period until March 2020.

However, in an interview with Oprah Winfrey, Prince Harry said that since then, the royal family "literally cut me off financially."

It is unclear if he was referring to the money the couple received from Prince Charles, the Sovereign Grant funded by British taxpayers, or both.

On the subject: Prince Harry and Meghan Markle gave an interview to Oprah Winfrey: the royal family was accused of racism

Prince Charles's financial report for this period has not yet been released, and the Westminster royal residence of Clarence House declined to comment.

Are the Duke and Duchess of Sussex rich

Both the Duke and Duchess have significant personal incomes.

Princes William and Harry received most of the $ 18 million inheritance left by their mother, Princess Diana.

Talking about moving to the United States, he told Oprah: "I have money that my mother left me, and without them we could not have done it."

In addition, it is believed that Harry, among other things, received millions from the Queen Mother, his great-grandmother.

As for Megan, she starred in the TV series Force Majeure before the wedding, where she was paid $ 50 per episode. She also has a lifestyle blog and has developed her own fashion line for the Canadian brand.

Is there any other profit

Since Harry and Meghan no longer serve as royalty, they can earn money on their own.

The couple were paid nothing for an interview with Oprah, but after moving to the US, they signed contracts with streaming services Netflix and Spotify. There is an assumption that these are contracts for millions of dollars.

They also created the Archewell organization, which has manufacturing divisions and a non-profit foundation.

Who finances their safety

When the couple lived in Britain, they were guarded by the Metropolitan Police Security Service. However, how much it cost is unknown.

After the Canadian government refused to fund Harry and Meghan's safety, they decided to move to the United States.

The couple said that there the American billionaire and media mogul Tyler Perry offered them a home and security during the first months of quarantine.

In an interview with Oprah, Harry noted that the contracts with Netflix and Spotify "were never part of the plan," but proved to be a necessity.

“All I needed was to have enough money to guarantee the safety of my family,” he said.

Who funded the couple in Britain

Before giving up royal duties, 95% of the spouses' profits were from Prince Charles, which the Duchy of Cornwall brings him.

The money from the Duchy - just over $ 6,9 million in 2018-2019 - covered the public duties of Prince Harry and Meghan, as well as the Duke and Duchess of Cambridge, including some of their personal expenses.

The sovereign's grant amounted to 5% of the Sussex budget.

This grant is paid by the British government to cover the cost of performing royal duties and maintaining royal palaces. This year, its amount will be $ 119,5 million.

On the subject: There were problems before Megan: the most high-profile scandals of the British royal family

Last September, the Duke and Duchess announced they had spent $ 3,3 million on state-funded renovations of their home, Frogmore House on the grounds of Windsor Palace.

"Property of the Crown"

The Queen's main source of profit is the Sovereign Grant, a fixed percentage of the profits of the Royal Estate Fund.

Most of the assets are located in London, but the fund, among other things, owns real estate in Scotland, Wales and Northern Ireland.

The properties include Great Windsor Park and the Royal Ascot Racecourse, but the bulk of the portfolio is residential and commercial properties such as offices, shops and shopping centers, as well as most of the buildings on Regent Street in London's West End.